A Large Cargo Of Sugar 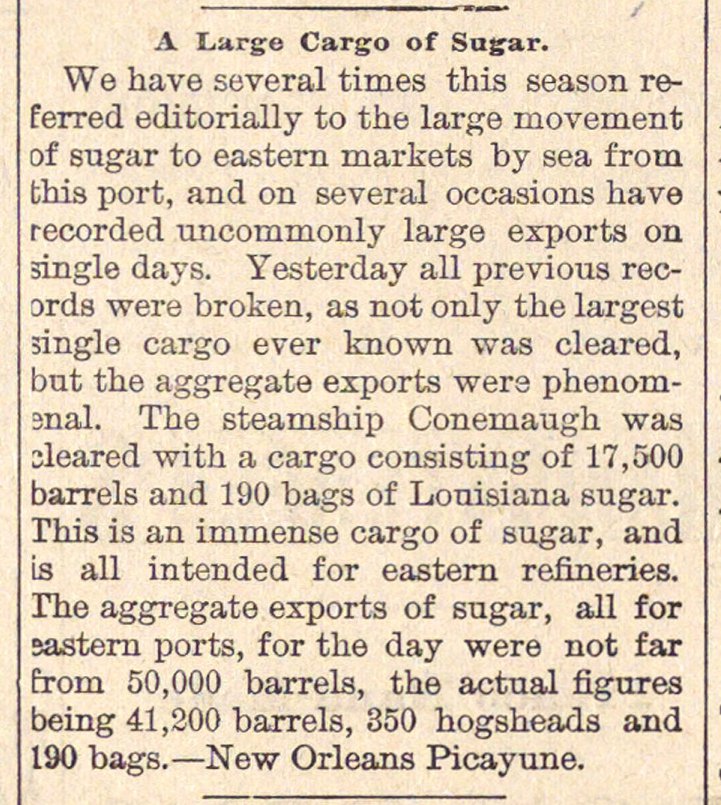 We have several times this season referred editorially to the large movement of sugar to eastern markets by sea frota this port, and on several occasions have recorded uncommonly large exporta on single days. Yesterday all previous records were broken, as not only the largest single cargo ever known was cleared, bat the aggregate exports wers phenomsnal. The steamship Conemaugh was sleared with a cargo consisting of 17,500 barrels and 190 bags of Lonisiana sugar. This is an immense cargo of sugar, and is all intended for eastern refineries. The aggregate exports of sugar, all for sastern ports, for the day were not far from 50,000 barrels, the actual figures beiug 41,200 barrels, 350 hogsheads and 190