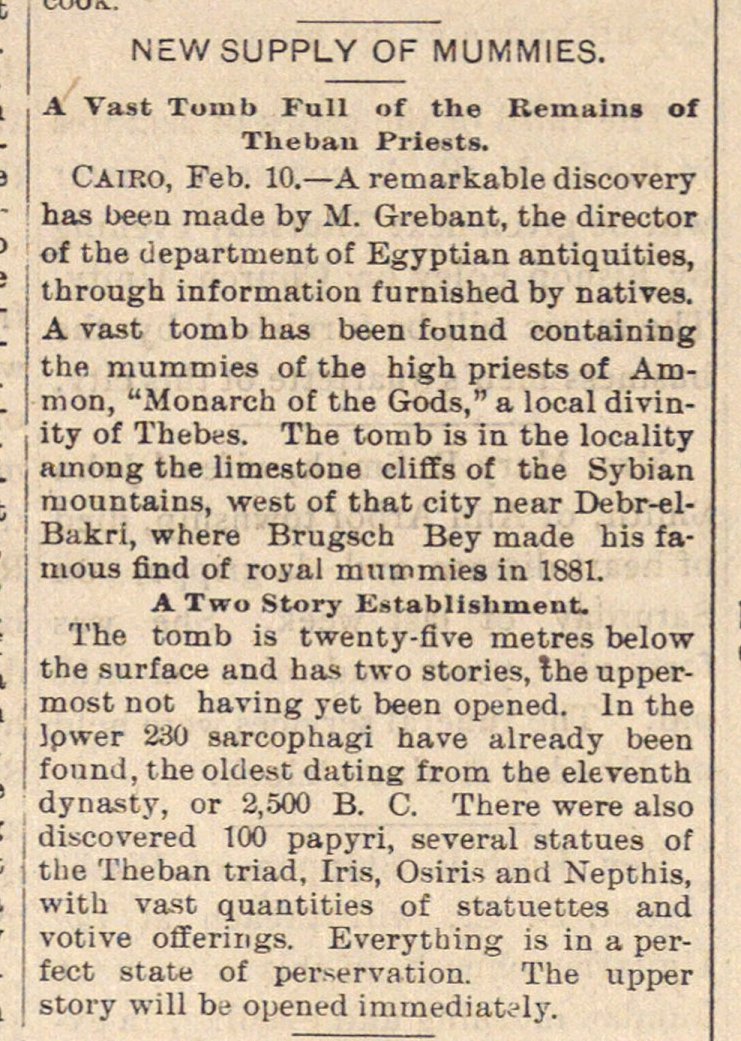 Cairo, Feb. 10. - A remarkable discovery has been raade by M. Grebant, the director of the (ieparttnentof Kgyptian antiquities, j through information furnishedby natives. j A vast tomb has been found containing the mummies of the high priests of Ammon, "Monarch of the Gods," a local divinI ity of Thebfs. The tomb is in the locality ■ auiong the limestone cliffs of the Sybian I mountains, west of that city near Debr-el' Bakri, where Brugsch Bey made his faj mous find of royal mummies in 1881. A Two Story Ktitablishment. The tomb is twenty-flve metres below the surface and has two stories, Ihe upper most not haring yet been opened. In the j Jpwer 230 sarcophagi have already been j found, the oldest dating from the eleventh dynasty, or 2,500 B. C. There were also j discovered 100 papyri, several statues of the Theban triad, Iris, Osiris and Nepthis, j witb vast quantities of statuettes and votive offerings. Everytliing is in a perI fect state of perservation. The upper I story wil! b opened imrnediatc'ly.