Russian Jews Not Wanted In England 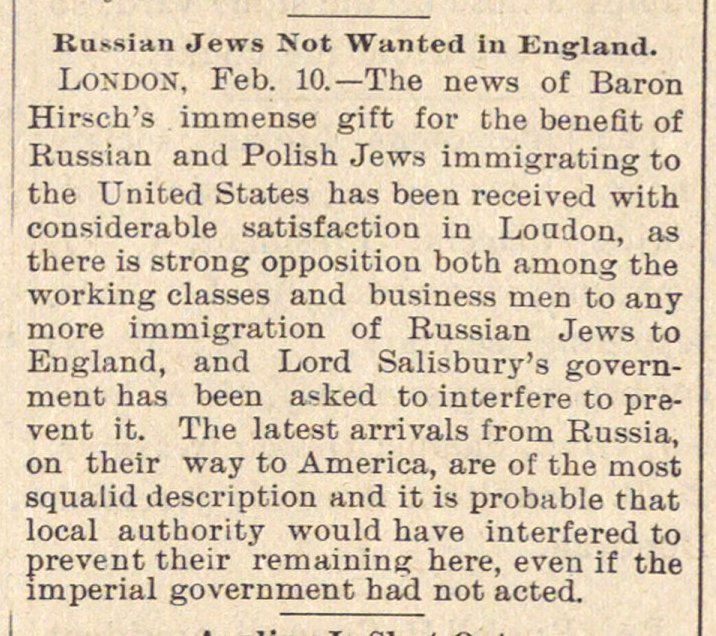 Loxdon, Feb. 10.- The news of Baron Hirsch's immense gift for the benefit of Russian and Polish Jews immigrating to the United States has been received with considerable satisfaetion in Loadon, as there is strong opposition both among the working classes and business men to any more immigration of Russian Jews to England, and Lord Salisbury's government has been asked to interfere to prevent it. The latest arrivals from Russia, on their way to America, are of the most squalid description and it is probable that local authority would have interfered to prevent their remaining here, even if the imperial government had not acted.