Aveling Is Shut Out 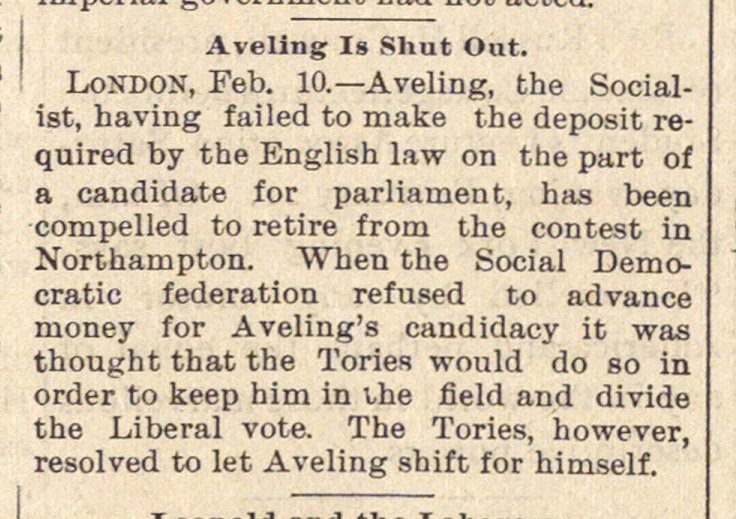 LoNDON, Feb. 10.- Aveling, the Socialist, having failed to make the deposit required by the English law on the part of a candidate for parliament, has been compelled to retire from the contest in Northampton. When the Social Democratie federation refused to advance money for Aveling's candidacy it was thought that the Tories would do so in order to keep him in the field and divide the Liberal vote. The Tories, however, resolved to let Aveling shift for himself.