Leopold And The Laborers 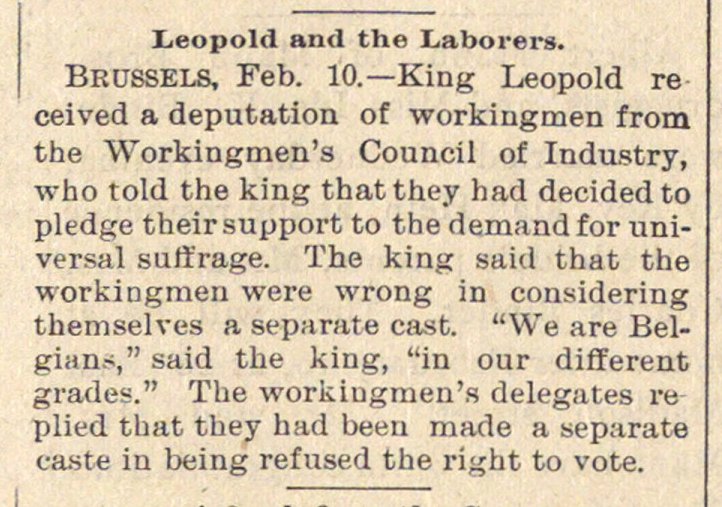 Brussels, Feb. 10.- King Leopold re ceived a deputation of workingmen from the Workingmen's Council of Industry, who told the king thatthey had decidedto pledge theirsupport to the demand for universal suft'rage. The king said that the workingmen were wrong in considering themselves a separate cast. "We are Belgians," said the king, "in our different grades." The workiugmen's delegates re plied that they had been made a separate caste in being refused the ríght to vote.