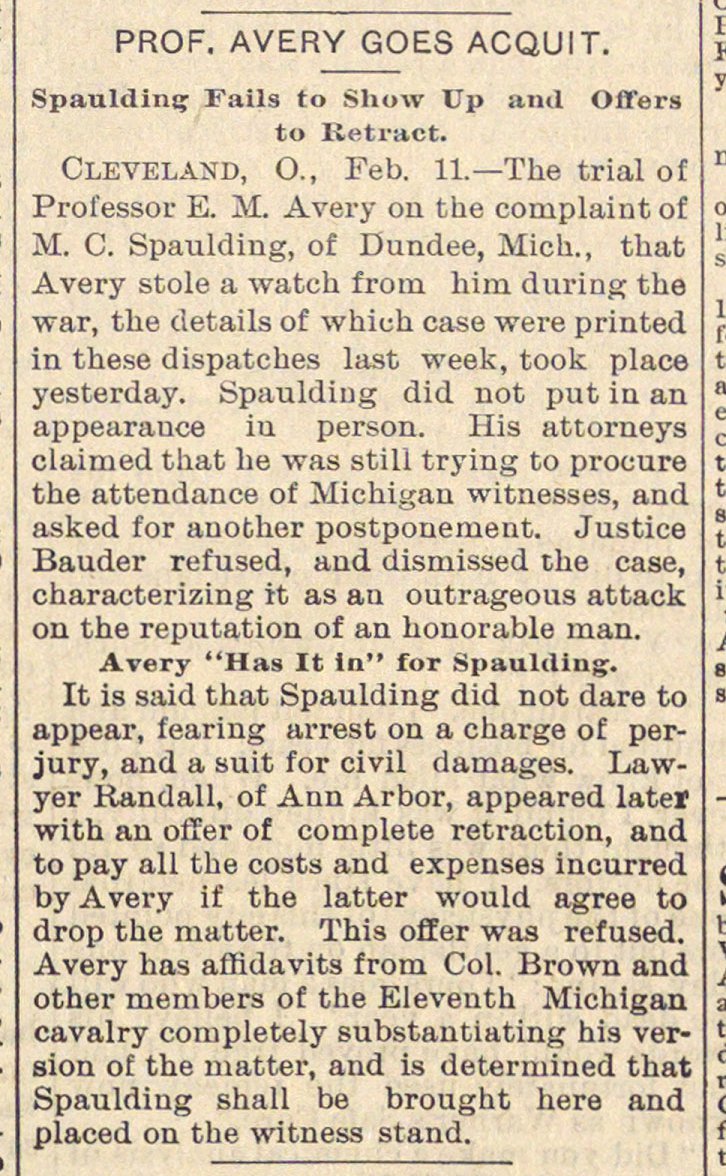 Cleveland, O., Feb. 11.- The trial of Professor E. M. Avery on the eornplaint of M. C. Spaulding, of Dundee, Mieh., that Avery stole a watch from him uring the war, the details of whiuh case were printed in these dispatches last week, took place yesterday. Spaulding did not put iu an appearauce iu person. His attorneys claimed that he was still trying to procure the attendance of Michigan witnesses, and asked for another postponement. Justice Bauder refused, and dismissed the case, characterizing it as au outrageous attack on the reputation of an honorable man. Avery "Has It In" for Spaultling. It is said that Spaulding did not dare to appear, fearing arrest on a charge of perjury, and a suit for civil darnages. Lawyer Randall, of Ann Arbor, appeared latei with an offer of complete retraction, and to pay all the costs and expenses incurred by Avery if the latter would agree to drop the matter. This offer was refused. Avery has aflidavits from Col. Brown and other members of the Eleventh Michigan cavalry completely substantiating his version of the matter, and is determined that Spaulding shall be brought here and placed on the witness stand.