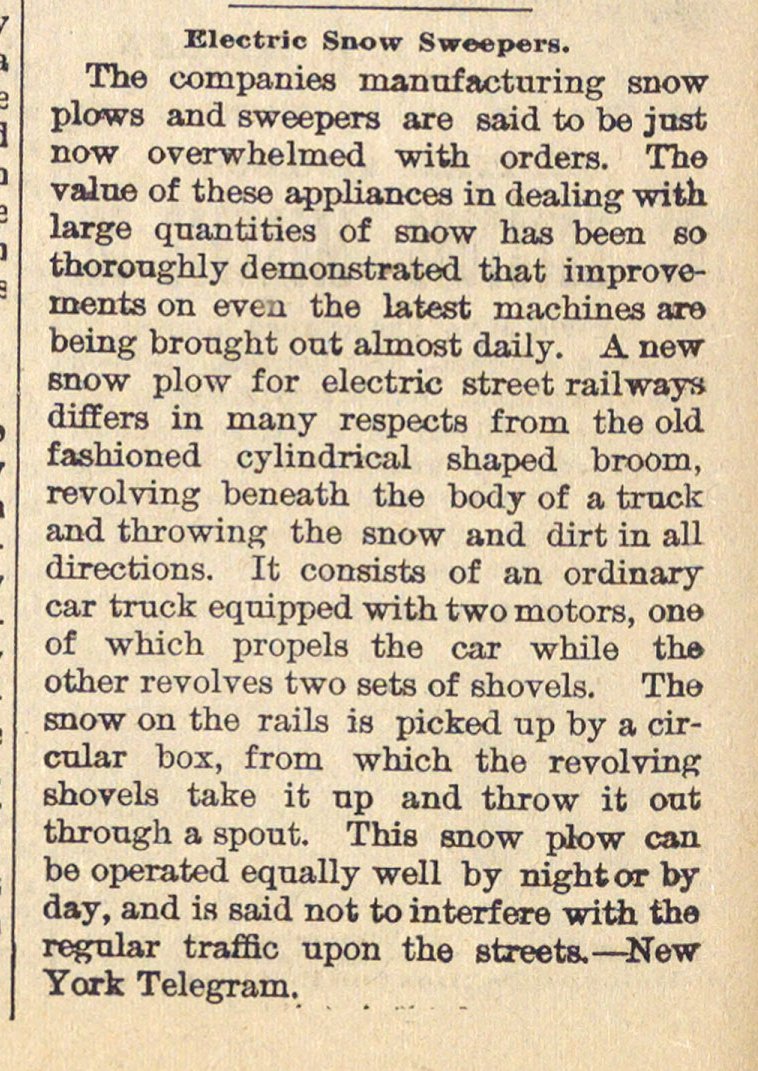 The companies mannfacturing sdow plaws and sweepers are said to be jnst now overwhelmed with orders. The value of these appliancea in deahng with large quamtities of snow has been so thoroughly demonstrated that improveinents on even the latest machines are being brought out almost daily. A new snow plow for electric street railways differs in many respecta from the old fashioned cylindrical shaped broom, revolving beneath the body of a truck and throwing the snow and dirt in all directions. It consists of an ordinary car truck equipped with two motors, on of which propels the car while tha other revolves two sets of shovels. The snow on the rails is picked up by a circular box, from which the revolving shovels take it np and throw it out through a spout. This snow plow can be operated equally well by nightor by day, and is said not to interf ere with the