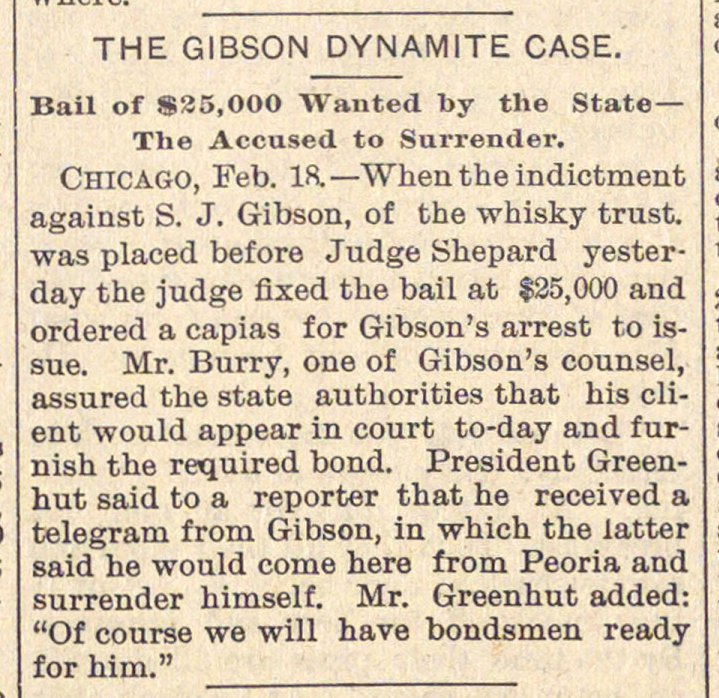 Chicago, Feb. 18. - W hen the mdictment against S. J. Gibson, of the whisky trust, was placed before Judge Shepard yesterday the judge fixed the bail at $25,000 and ordered a capias for Gibson's arrest to issue. Mr. Burry, one of Gibson's counsel, assured the state authorities that his client would appear in court to-day and furnish the required bond. President Greenhut said to a reporter that he received a telegram from Gibson, in which the latter said he would come here from Peoría and surrender himself. Mr. Greenhut added: "Of course we will have bondsmen ready for him."