They Use The Steam Twice 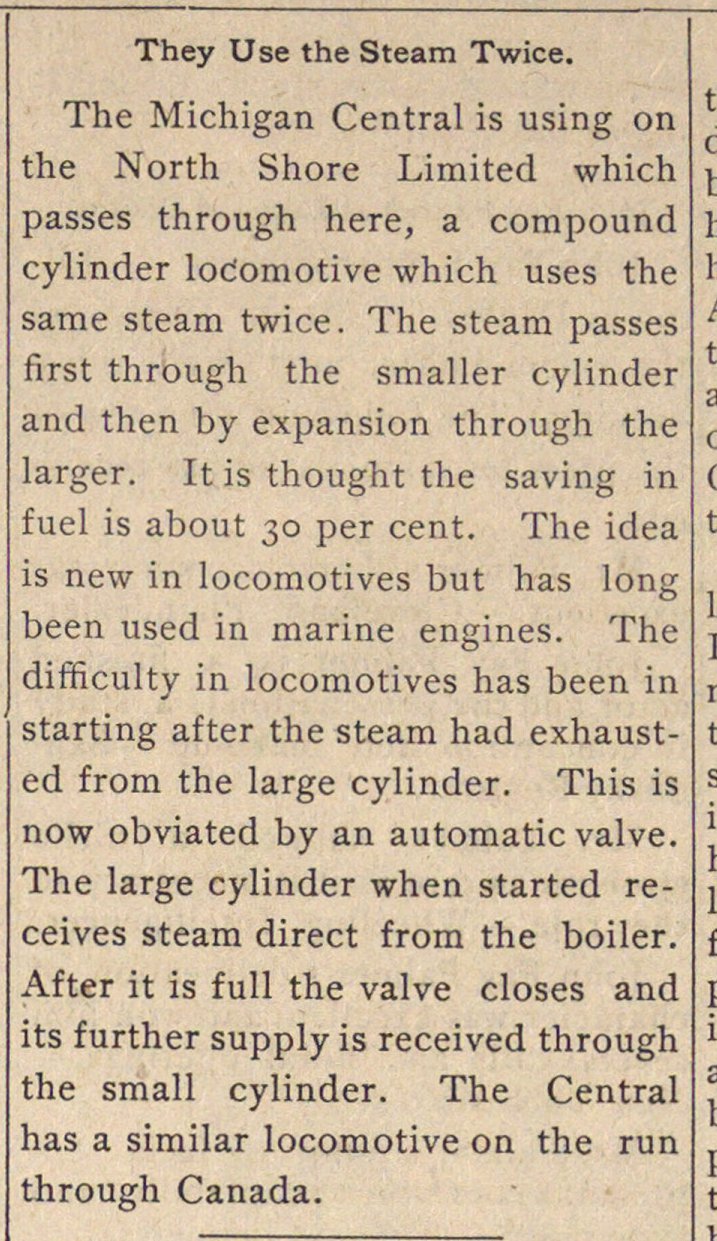 The Michigan Central is using on the North Shore Limited which passes through here, a compound cylinder lodomotive which uses the same steam twice. The steam passes first through the smaller cylinder and then by expansión through the larger. It is thought the saving in fuel is about 30 per cent. The idea is new in locomotives but has long been used in marine engines. The difficulty in locomotives has been in starting after the steam had exhausted from the large cylinder. This is now obviated by an automatic valve. The large cylinder when started receives steam direct from the boiler. After it is full the valve closes and its further supply is received through the small cylinder. The Central has a similar locomotive on the run through Canada.