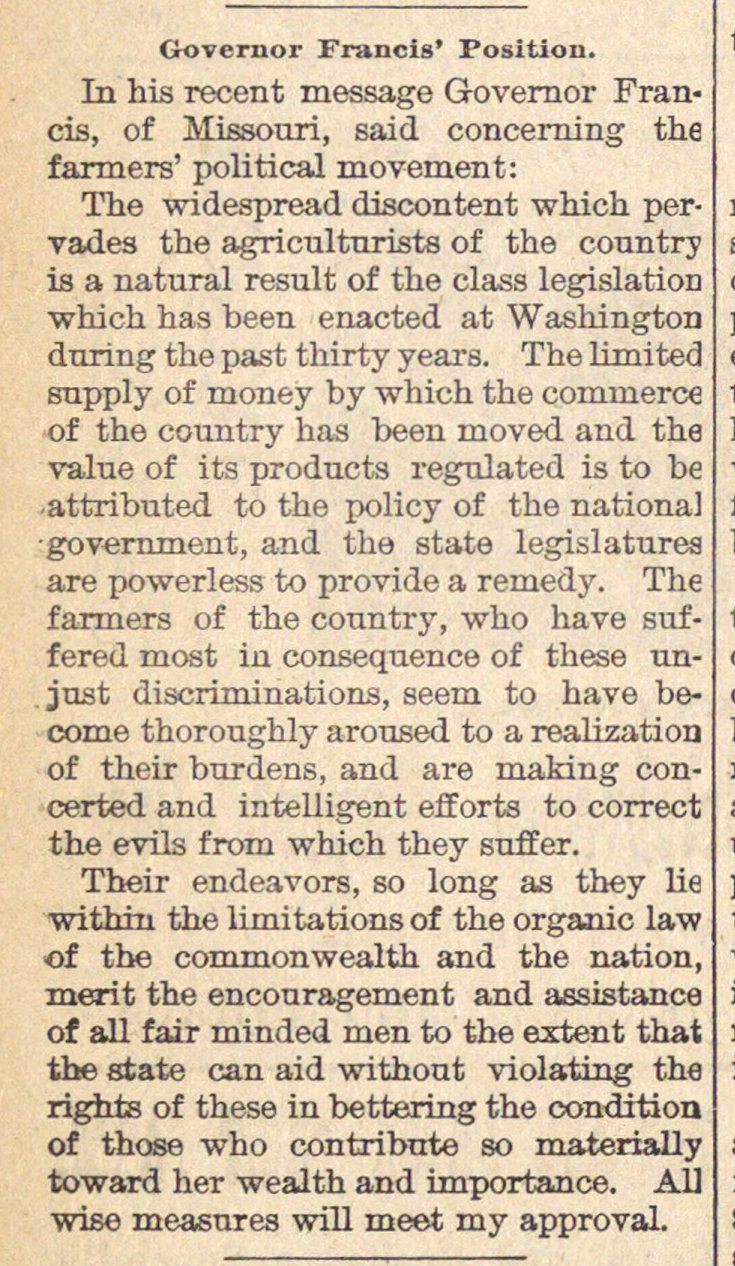 In his recent message Governor Francis, of Missouri, said concerning the farmers' political movement: The widespread discontent which pervades the agriculturists of the country is a natural result of the class legislation which has been enacted at Washington during the past thirty years. The limited supply of money by which the commerce of the country has been moved and the value of its producís regulated is to be attributed to the policy of the national ■government, and the state legislatures are powerless to provide a remedy. The farmers of the country, who have suffered most in consequence of these unjust discriminations, seem to have become thoroughly aroused to a realization of their burdens, and are making concerted and intelligent efforts to correct the evüs from which they suffer. Their endeavors, so long as they lie within the Hmitations of the organic law of the commonwealth and the nation, merit the encouragement and assistance of all fair minded men to the extent that the state can aid without violating the rigfats of these in bettering the condition of those who contribute so materially toward her wealth and importance. Al] wise measures will meet my approval.