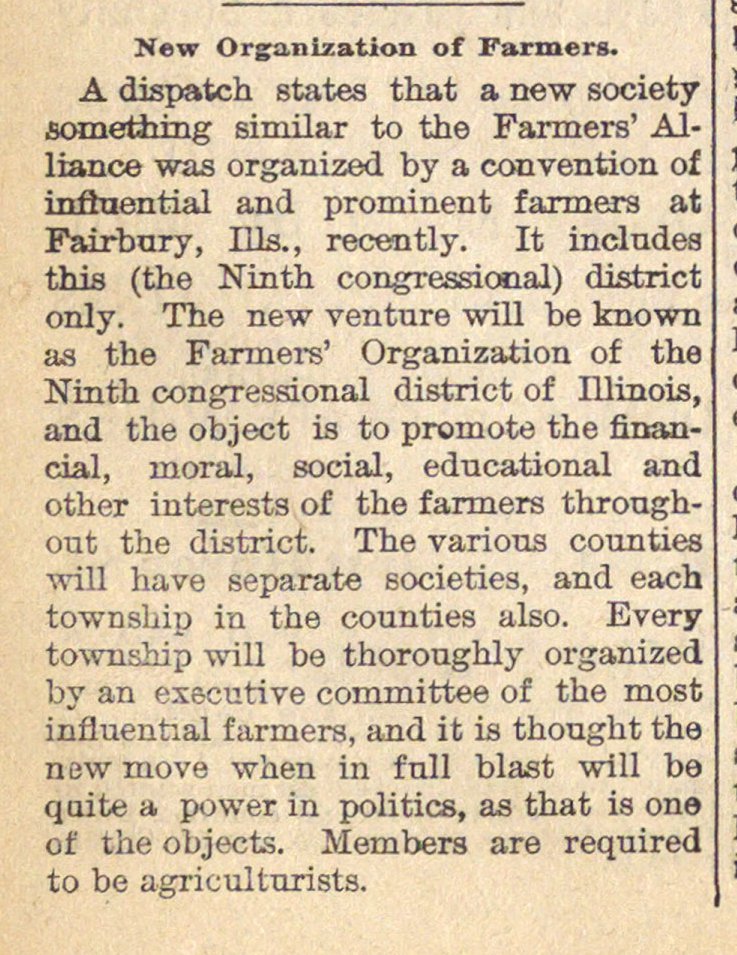 A dispatch states that a new society sometiiing similar to the Farmers' Alliance was organized by a convention of influential and prominent farmers at Fairbury, lúa., recently. It inclndes this (the Ninth congressional) district only. The new venture will be known as the Fanners' Organization of the Ninth congTessional district of Illinois, and the object is to promote the financial, moral, social, edncational and other interests of the farmers throughont the district. The various counties will have separate societies, and each township in the counties also. Every townsiiip will be thoroughly organized by an executive committee of the most influential farmers, and it is thought the new move when in f uil blast will be quite a power in politics, as that is ono of the objecte. Members are required to be agriculturists.