The Alliance In New Jersey 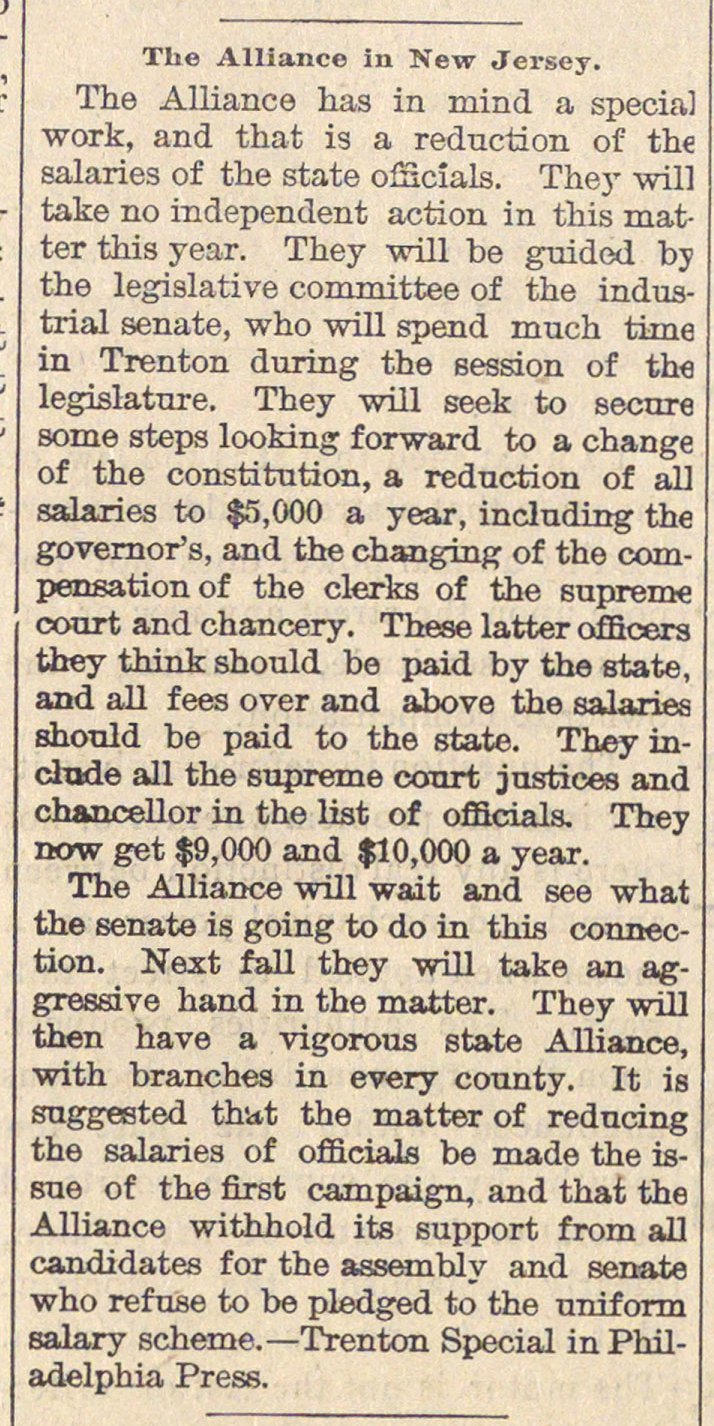 The Alliance has in mind a special work, and that is a reduction of the salaries of the state oíHcíals. They vrill take no independent action in this matter this year. They will be guided by he legislative committee of the indusxial senate, who will spend much time n Trenton during the session of th egislatnre. They will seek to secare 8ome steps looking forward to a change f the constitntion, a reduction of all salaries to $5,000 a year, including the overnor's, and the changing of the comwnsationof the clerks of the supreme court and chancery. These latter officers they think should be paid by the state, and all fees over and above the salaries shcrald be paid to the state. They inclnde all the supreme court justices and chancellor in the list of officials. They now get $9,000 and $10,000 a year. The Alliance will wait and see what the senate is going to do in this connection. Next fall they will take an aggressive hand in the matter. They will then have a vigorous state Alliance, with branches in every county. It is suggested thst the matter of reducing the salaries of officiaiüs be made the issne of the first campaign, and that the Alliance withhold its support from all candidates for the assembly and senate who refuse to be pledged to the uniform