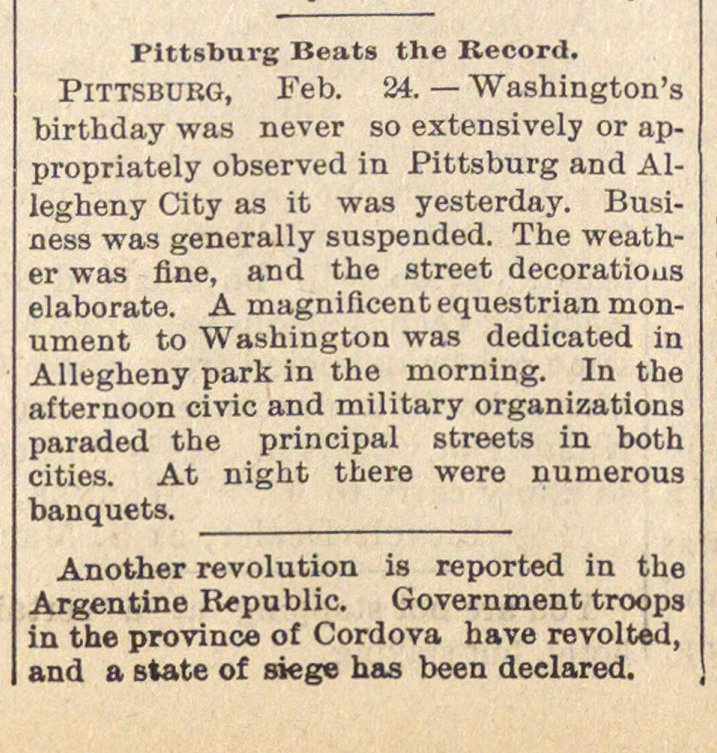 Pittsburg, Feb. 24. - Washington's birthday was never so extensively or appropriately observed in Pittsburg and Allegheny City as it was yesterday. Business was generally suspended. The weather was fine, and the street decoratious elabórate. A magnificentequestrian monument to Washington was dedicated in Allegheny park in the morning. In the afternoon civic and military organizations paraded the principal streets in both cities. At night there were numerous banquets. Another revolution is reported in the Argentine Ripublic. Government troops in the province oL Cordova have revolted, and a state of siege has been deelared.