More Bulldozing At The Fair Site 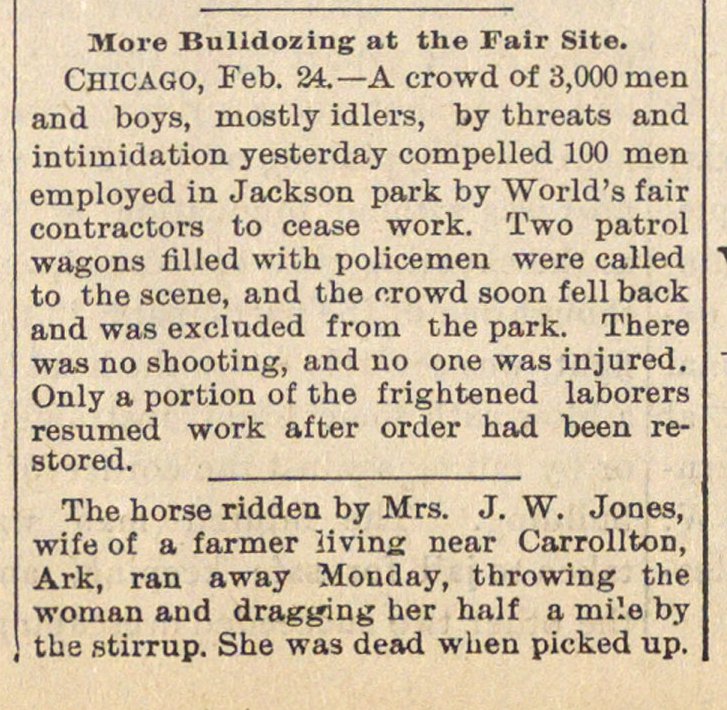 Chicago, Feb. 24.- A crowd of 3,000 men and boys, mostly idlers, by threats and intimidation yesterday compelled 100 men employed in Jackson park by World's fair contractors to cease work. Two patrol wagons fiüed with policemen were called to the scène, and the r.rowd soon f ell back and was excluded from the park. There was no shooting, and no one was injured. Only a portion of the frightened laborers resumed work after order had been restored. The horse ridden by Mrs. J. W. Jones, wife of a farmer ïivinjj near Carrollton, Ark, ran away Monday, throwing the woman and dragging her half a mi'.e by the stirrup. She was dead when picked up.