Slept In The School House 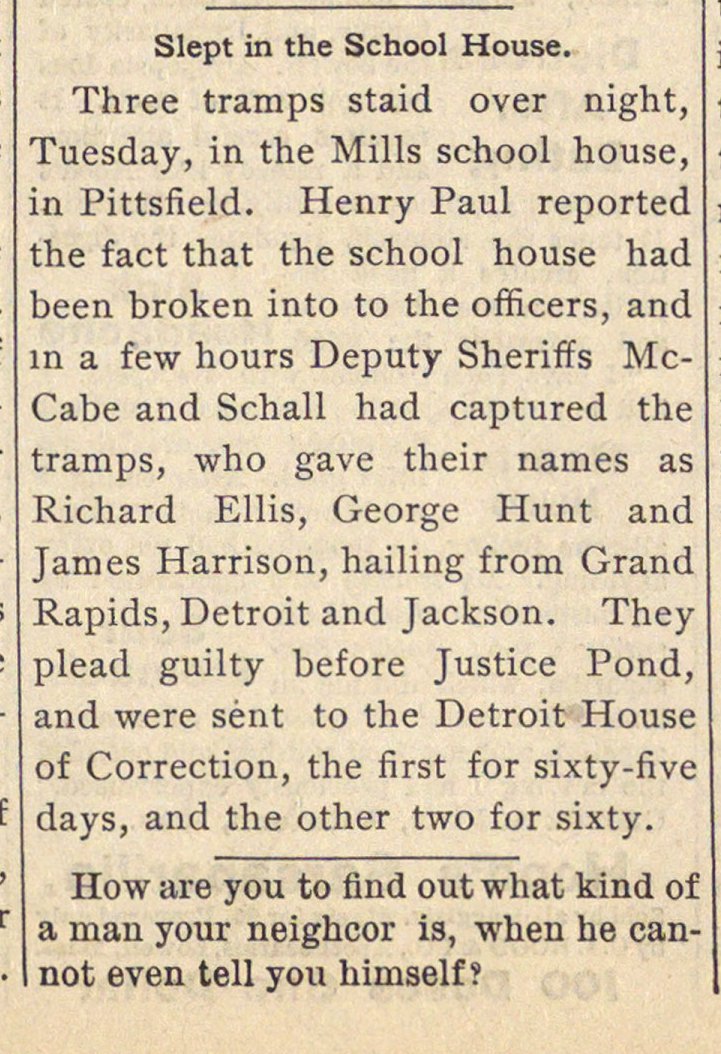 Three tramps staid over night, Tuesday, in the Mills school house, in Pittsfield. Henry Paul reported the fact that the school house had been broken into to the officers, and in a few hours Deputy Sheriffs McCabe and Schall had captured the tramps, who gave their names as Richard Ellis, George Hunt and James Harrison, hailing from Grand Rapids, Detroit and Jackson. They plead guilty before Justice Pond, and were sent to the Detroit House of Correction, the first for sixty-five days, and the other two for sixty.
__
How are you to find out what kind of a man your neighcor is, when he cannot even teil you himself ?