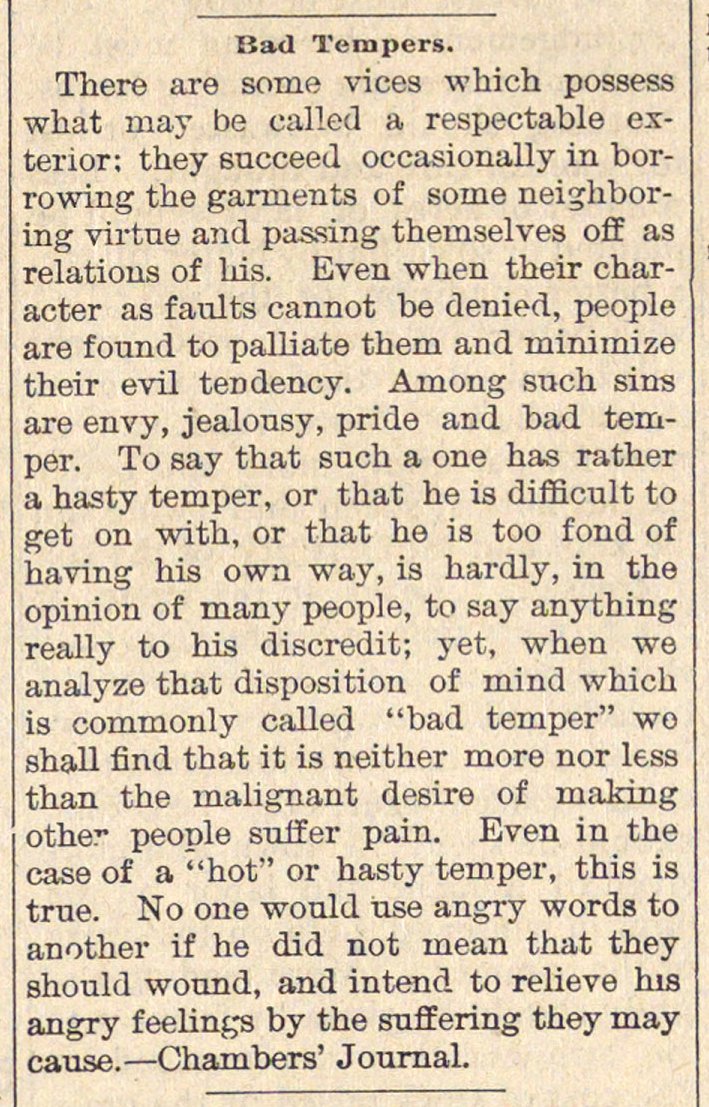 There are some vices whicb. possess what may be called a respectable exterior: they succeed occasionally in borrowing the gannents of some neighboring virtue and passing theinselves off as relations of liis. Even when their character as faults cannot be denied, people are found to palliate them and miniinize their evil teDdency. Among such sins are envy, jealousy, pride and bad temper. To say that such a one has rather a hasty temper, or that he is difficult to get on with, or that he is too fond of having his own way, is hardly, in the opinión of many people, to say anything really to his discredit; yet, when we analyze that disposition of mind which is commonly called "bad temper" wo shall find that it is neither more nor less than the inalignant desire of making other people sulfer pain. Even in the case of a "hot" or hasty temper, this is irue. No one would use angry words to another if he did not mean that they should wound, and intend to relieve h angry f eelings by the snffering they may