The First Idea Of Perpetual Motion 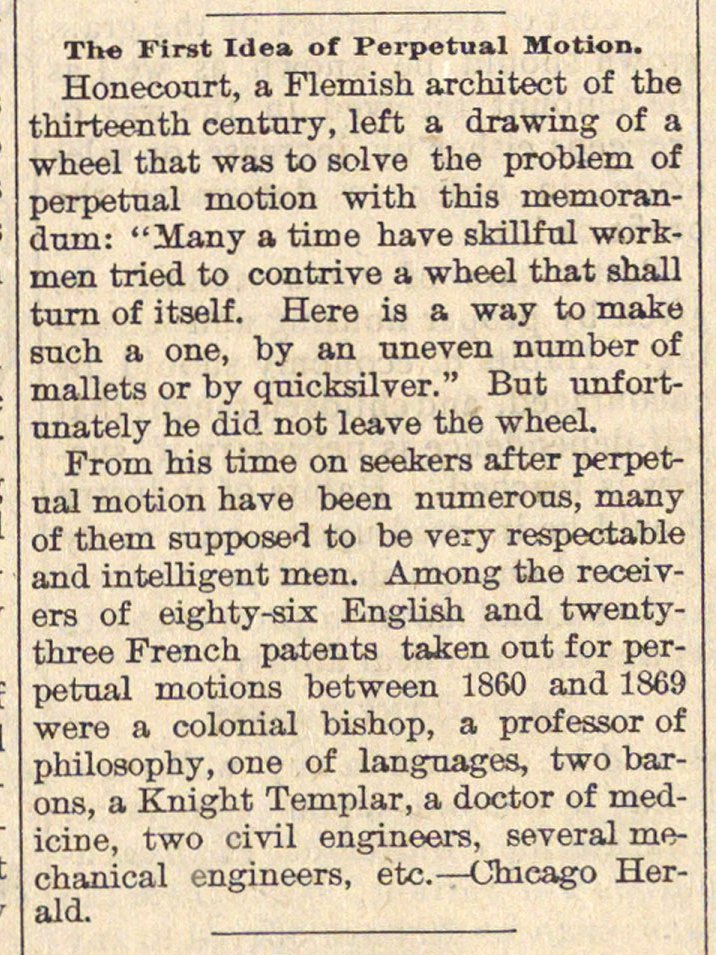 Honecourt, a Flemish architect of tbe thirteenth century, left a drawing of a wheel that was to solve the problem of perpetual motion with this memorandum: "Many a time have skülfnl workmen tried to contrive a wheel that shall turn of itself. Here is a way to make such a one, by an uneven number of mallets or by quicksilver." But unfortunately he did not leave the wheel. Froin his time on seekers after perpetual motion have been numerous, many of thein supposed to be very respectable and intelligent men. Among the receivers of eighty-six English and twentythree French patenta taken out f or perpetual motions bet ween 1860 and 1869 were a colonial bishop, a professor of philosophy, one of languages, two barons, a Knight Templar, a doctor of medicine, two civil engineers, several