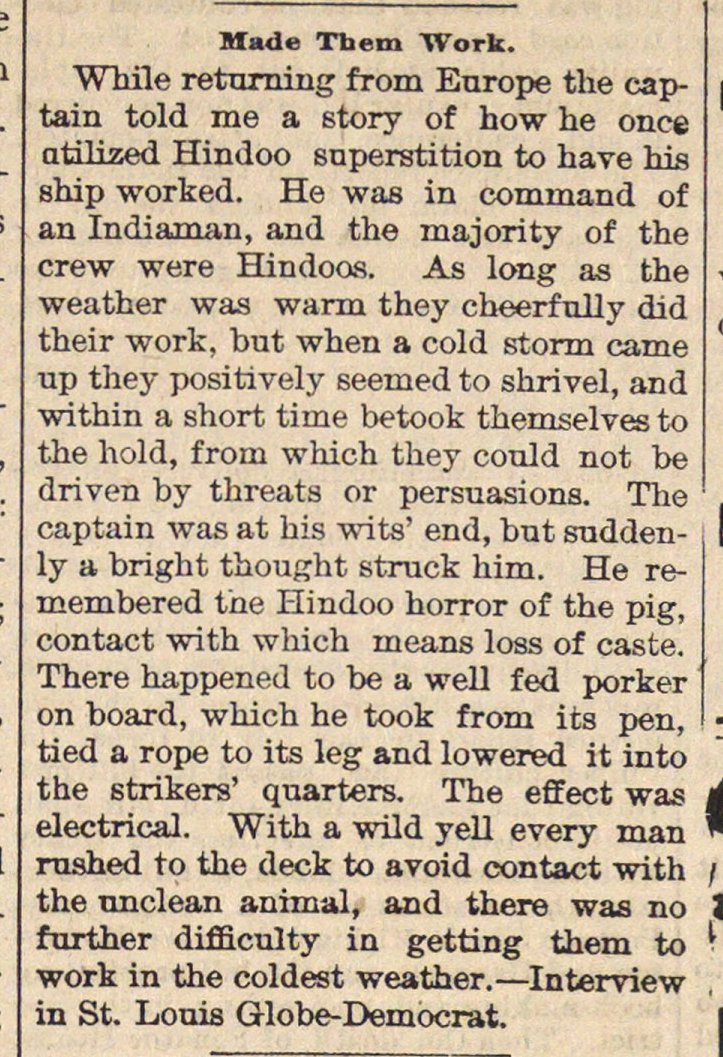 While retuming from Europe the captain told me a story of how he once QÜlized Hindoo snperstition to have his ship worked. He was in comrnand of an Indiaman, and the majority of the crew were Hindoos. As long as the weather was warm they cheerftüly did their work, but when a cold storm carne up they positively seemed to shrivel, and within a short time betook themselves to the hold, from which they could not be driven by threats or persuasions. Tlie captain was at his wits' end, but suddenly a bright thought struck him. He remembered the Hindoo horror of the pig, contact with which means loss of caste. There happened to be a well fed porker on board, which he took from its pen, tied a rope to its leg and lowered it into the strikers' quarters. The effect was eléctrica!. With a wild yell every man rushed to the deck to avoid contact with the tmclean animal, and there was no further difficulty in getting them to