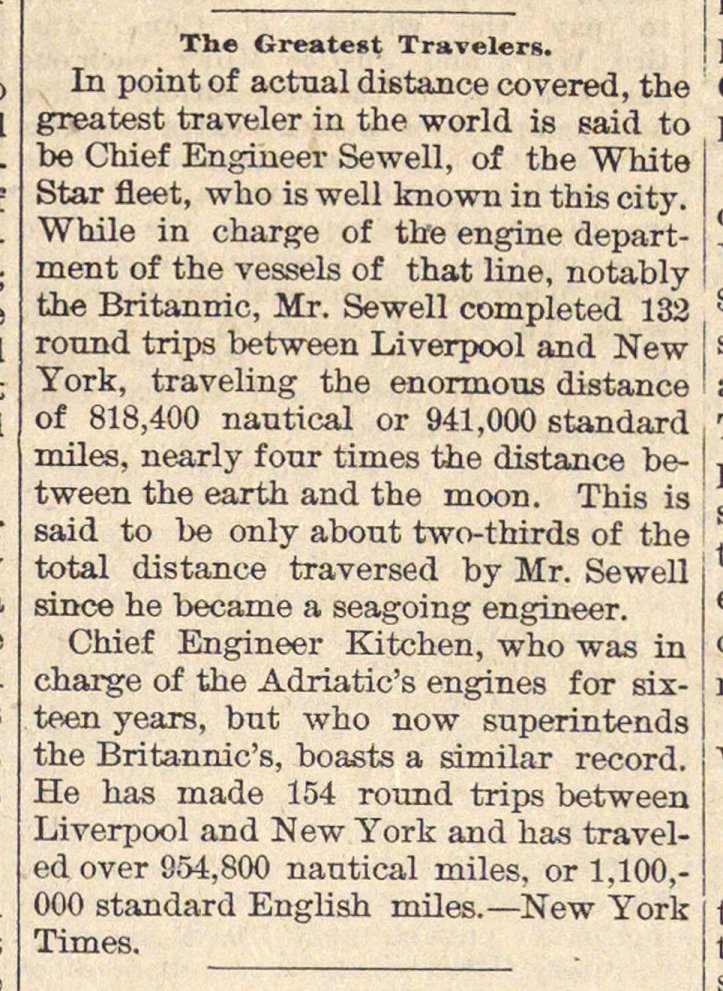 In point of actual distance covered, the ?reatest traveler in the world is said to be Chief Engiueer Sewell, of tbe White Star fleet, who is well known in this city. While in charge of the engine department of the vessels of that line, notably iie Britannic, Mr. Sewell completed 133 round trips between Liverpool and New York, traveling the enormous distance of 818,400 nautical or 941,000 standard miles, nearly four times the distance between the earth and the moon. This is said to be only about two-thirds of the tal distanc traversed by Mr. Sewell since he became a seagoing engineer. Chief Engineer Kitchen, who was in charge of the Adriatic's engines for sissen years, but who now snperintends ;he Britannic's, boasts a similar record, ïe has made 154 round trips between liiverpool and New York and has traveled over 954,800 nautical miles, or