Saddler Will Go To Law 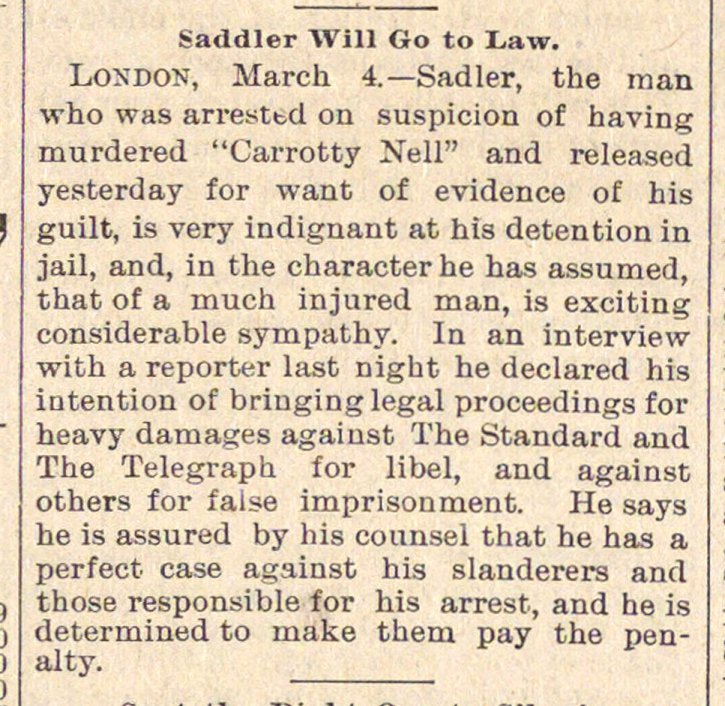 Loxdon, March 4. - Sadler, the man who was arresttd on suspicion of having murdered "Carrotty Nell" and released yesterday for want of evidence of his guilt, is very indignant at his detention in jail, and, in the character he has assumed, that of a much injured man, is exciting considerable sympathy. In an interview with a reporter last night he declared his iutention of bringing legal proceedings for heavy damages against The Standard and The Telegraph for libel, and against others for false imprisonment. He says he is assured by his counsel that he has a perfect case against his slanderers and those responsible for his arrest, and he is determined to make them pay the penalty.