Rainey Appeals To The Law 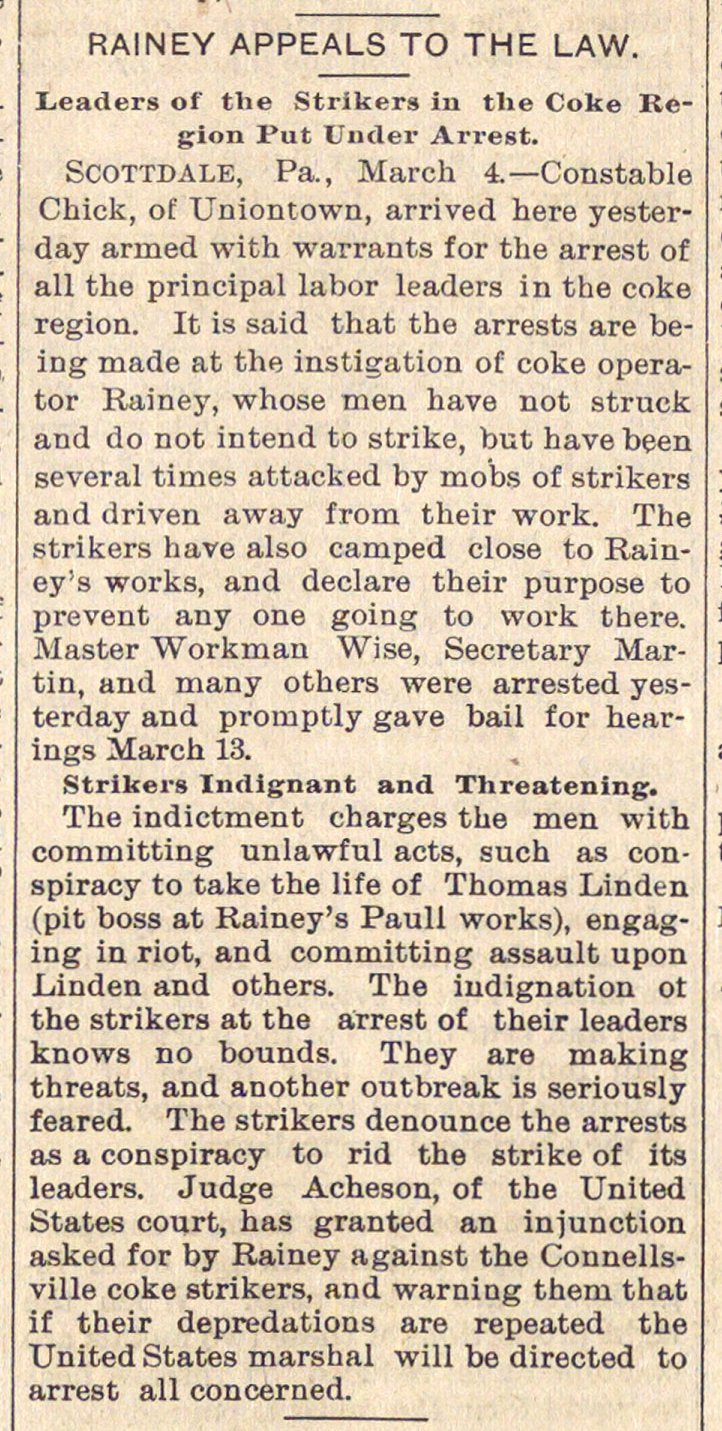 Scottdale, Pa., March 4. - Constable Chick, of Uniontown, arrived here yesterday armed with warrants for the arrest of all the principal labor leaders in the coke región. It is said that the arrests are being made at the instigation of coke operator Rainey, whose men have not struck and do not intend to strike, but have been several times attacked by mobs of strikers and ilriven away from their work. The strikers have also camped close to Rainey's works, and declare their purpose to prevent any one going to work there. Master Workmau Wise, Secretary Martin, and many others were arrested yesterday and promptly gave bail for hearings March 13. Strikers Indlgnant and Threatening. The indictment charges the men with committing unlawful acts, such as conspiracy to take the life of Thomas Linden (pit boss at Rainey's Paull works), engaging in riot, and committing assault upon Linden and others. The indignation ot the strikers at the arrest of their leaders knows no bounds. They are making threats, and another outbreak is seriously feared. The strikers denounce the arrests as a conspiracy to rid the strike of its leaders. Judge Acheson, of the United States court, has granted an injunction asked for by Rainey against the Connellsville coke strikers, and warning thern that if their depredations are repeated the United States marshal will be directed to arrest all concerned.