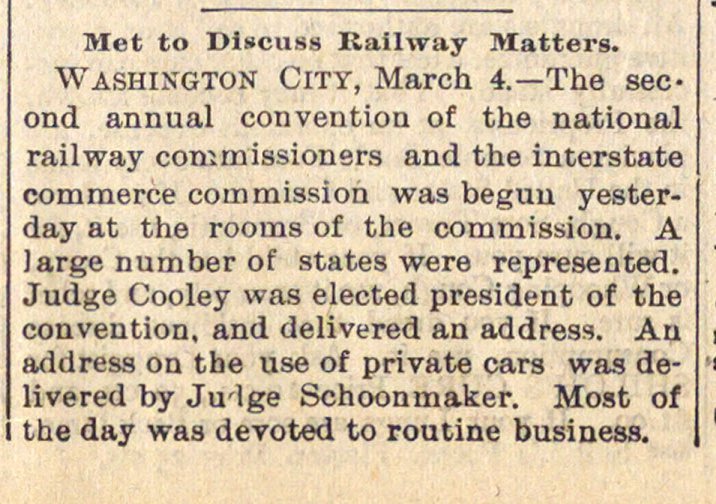 Washington City, March 4.- The second animal convention of the national railway commissioners and the interstate comraerce counmission was beguu yesterday at the rooms of the commission. A Jarge number of states were represented. Judge Cooley was elected president of the convention, and delivered an addreas. An address on the use of private cars was delivered by Julge Schoonmaker. Most of the day was devoted to routine business.