The Negroes In Oklahoma 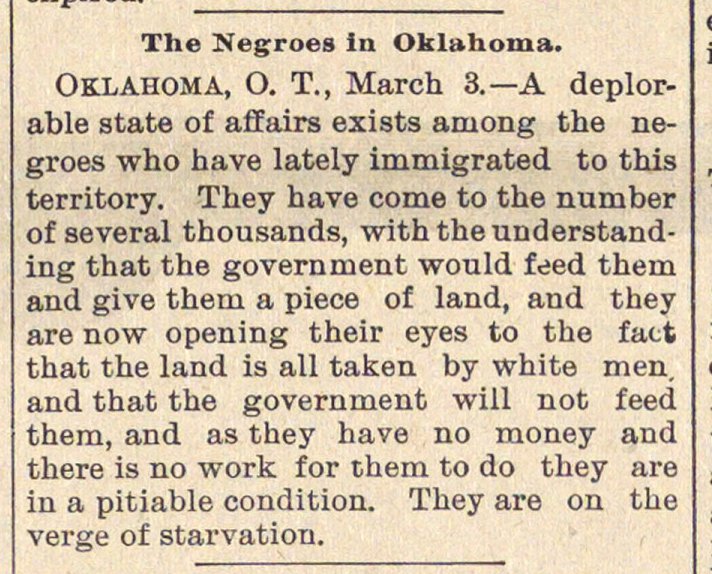 OklAHOMA, O. T., March 3.- A deplorable state of affaire exists aniong the negroes who have lately immigrated to this territory. They have come to the number of several thousands, withtheunderstanding that the government would feed them and give them a piece of land, and they are now opening their eyes to the fatt that the land is all taken by white men, and that the government will not feed them, and as they have no money and there is no work for them to do they are in a pitiable condition. They are on the verge of starvation.