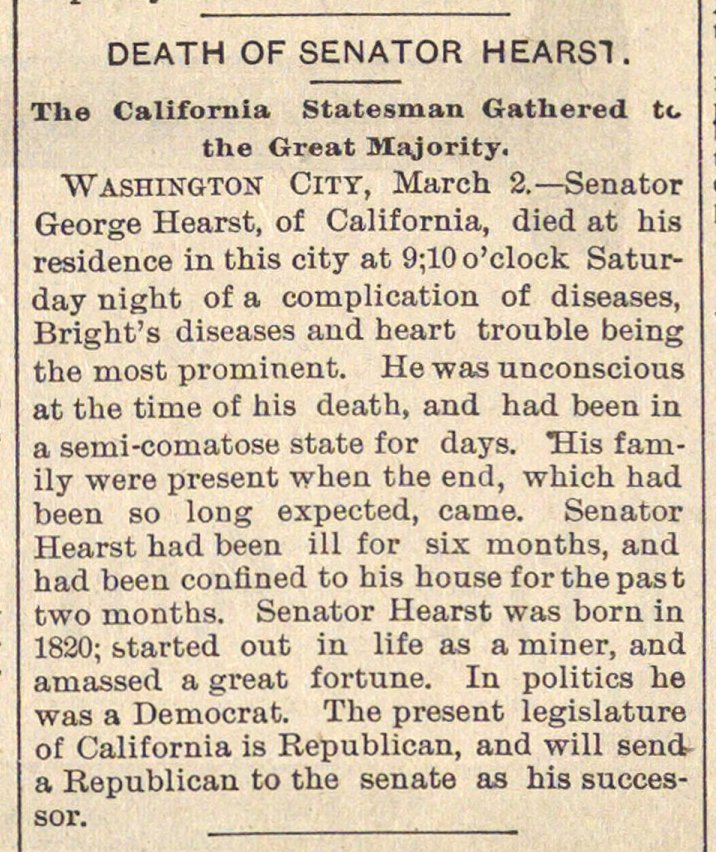 Washington City, March 2.- Senator George Hearst, oí California, died at his residence in this city at 9;10o'clock Saturday night of a complication of diseases, Bright's diseases and heart trouble being the most prominent. He was unconscious at the time of his death, and had been in a semi-coniatose state for days. Tuis family were present when the end, which had been so long expected, came. Senator Hearst had been ill for six months, and had been conüned to his house for the past two months. Senator Hearst was born in 1820; started out in Ufe as a miner, and amassed a great fortune. In politics he was a Democrat. The present legislature of California is Republican, and will senda Republican to the senate as his successor.