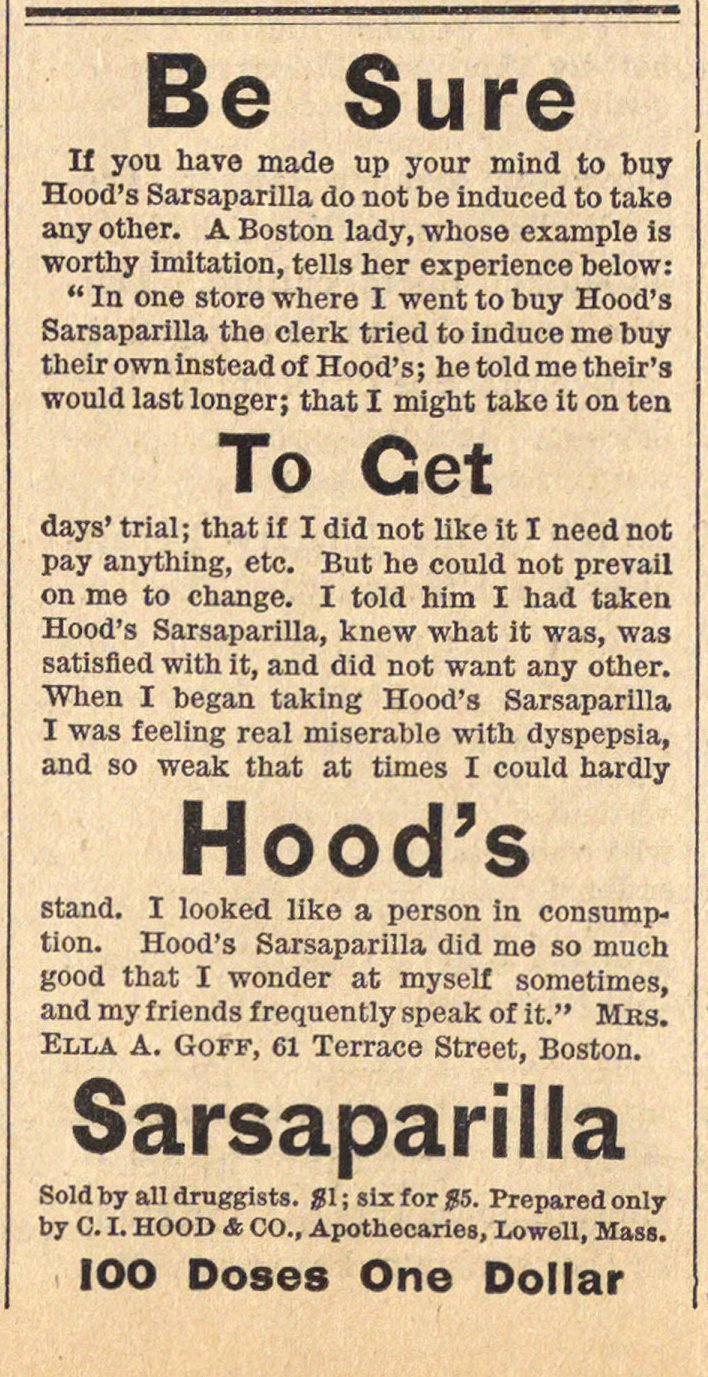 Be Sure II you have made up your mind to buy Hood's Sarsaparilla do not be induced to take any other. A Boston lady, whose example is worthy imltation, tells her experience below: " ín one store where I went to buy Hood's Sarsaparilla the clerk tried to Induce me buy thelr own Instead oí Hood's ; he told me their's would last longer; that I might take ít on ten To Cet days' trial; that if I did not like it I need not pay anything, etc. But he could not prevail on me to change. I told him I had taken Hood's Sarsaparilla, knew what it was, was satisfied with it, and did not want any other. When I began taking Hood's Sarsaparilla I was íeeling real miserable with dyspepsia, and so weak that at times I could hardly Hood's stand. I looked Hko a person in consumption. Hood's Sarsaparilla did me so much good that I wonder at myself sometimes, and my friends frequently speak of it." Mus. Ella A. Goff, 61 Terrace Street, Boston. Sarsaparilla Soldby all druggists. Jl ; sil for g5. Prepared only by C. I. HOOD CO., Apothecaries, Lowell, Mass. 100 Doses One Dollar