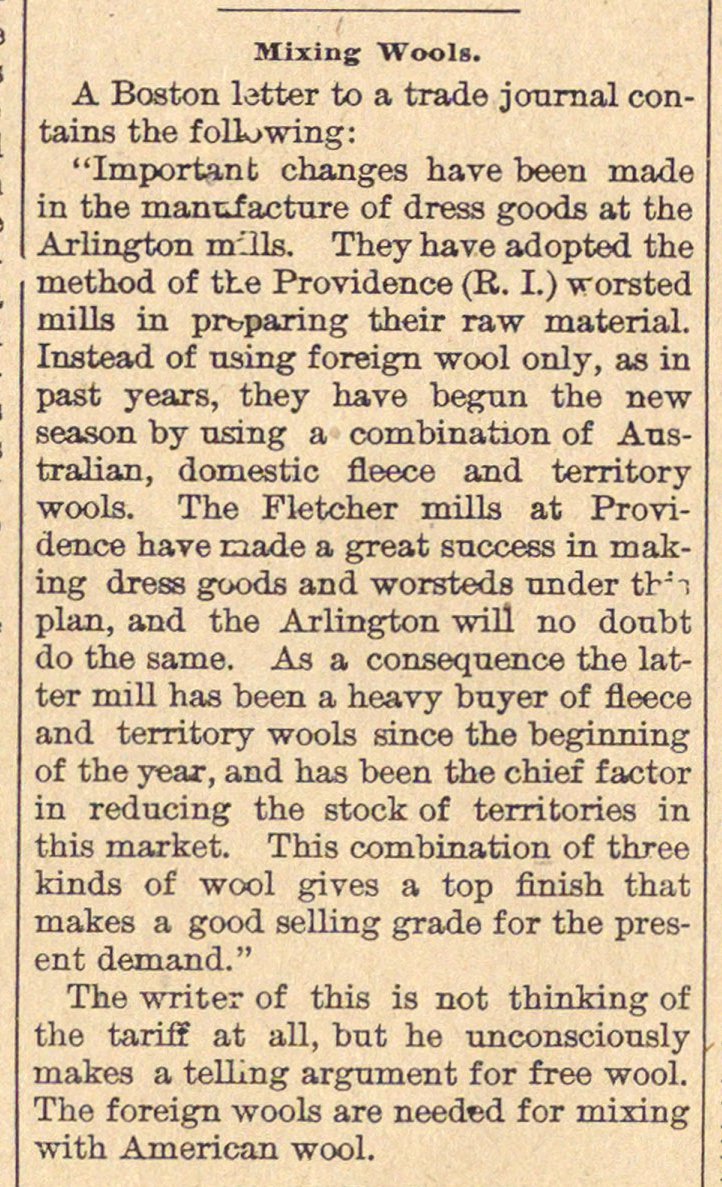 A Boston latter to a trade journal contains the folljwing: "Important changes have been made in the manufacture of dress goods at the Arlington milis. They have adopted the method of the Providence (R. I.) rorsted milis in preparing their raw material. Instead of using foreign wool only, as in past years, they have begun the new season by using a combination of Australian, domestic fleece and territory wools. The Fletcher milis at Providence have made a great success in making dress goods and worsteds under tr-"n plan, and the Arlington will no doubt do the same. As a consequence the latter mili has been a heavy buyer of fleece and territory wools since the beginning of the year, and has been the chief factor in reducing the stock of territorios in this market. This combination of three kinds of wool gives a top finish that makes a good selling grade for the present demand." The writer of this is not thinking of the tariff at all, but he unconsciously makes a telling argument for free wool. The foreign wools are needed for mixing with American wool.