Hanged Herself And Babe 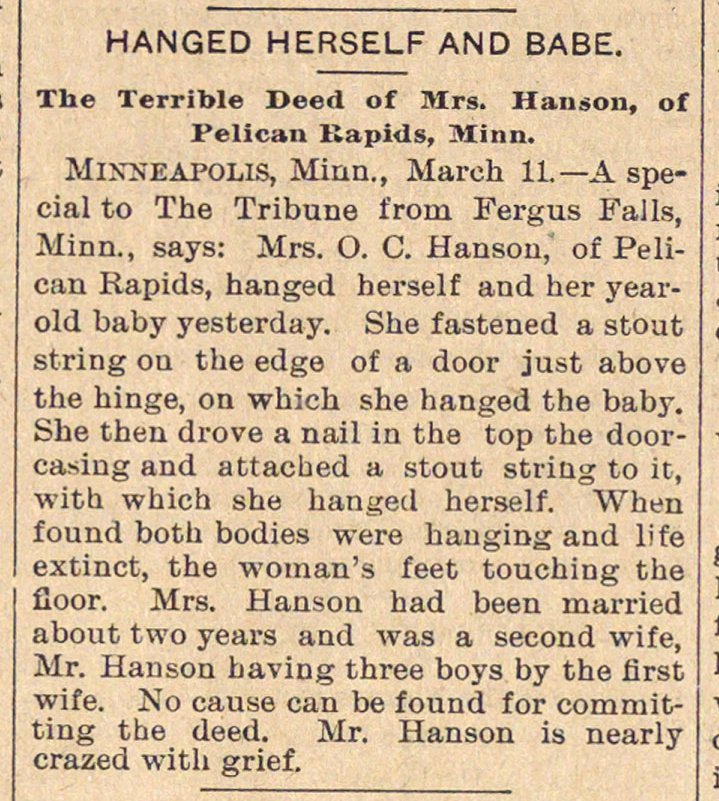 Minseapolis, Mirin., March 11.- A special to The Tribune from Fergus Falls, Minn., says: Mrs. O. C. Hansou, of Pelican Rapids, hanged herself and her yearold baby yesterday. She fastened a stout string ou the edge of a door just above ;he hinge, on which she hanged the baby. She then drove a nail in the top the doorcasiug and attacbed a stout string to it, with which she hanged herself. When 'ound both bodies were hanging and life extinct, the woman's feet touching the fioor. Mrs. Hanson had been married about two years and was a second wife, Mr. Hanson having three boys by the first wife. íío cause can be found for committing the deed. Mr. Hanson is nearly crazed with grief.