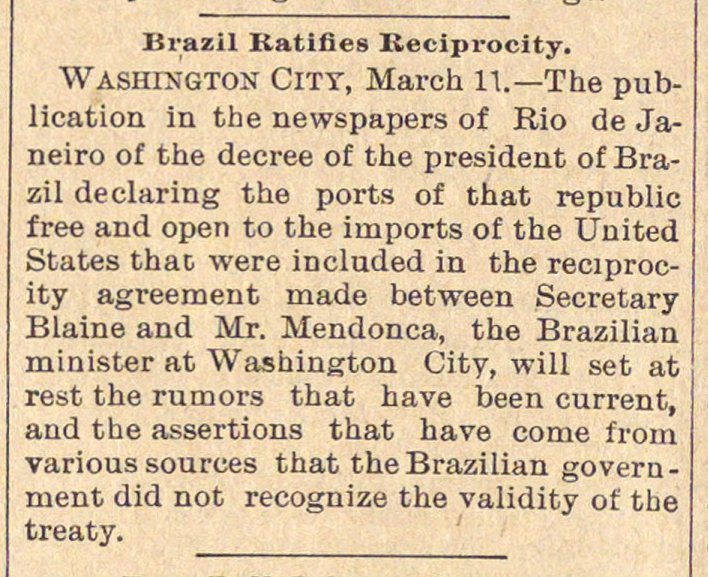 Washington City, March 11.- The publication in the newspapers of Rio de Janeiro of the decree of the president of Brazil declaring the ports of that republic free and open to the imports of the United States thac were included in the reeiprocity agreement made between Secretary Blaine and Mr. Mendonca, the Brazilian minister at Washington City, will set at rest the rumors that have been current, and the assertions that have come from various sourees that the Brazilian goverument did not recognize the validity of the treaty.