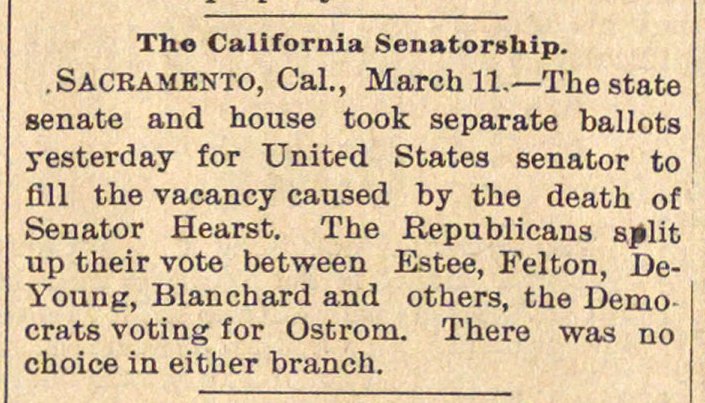 Sacramento, Cal., March 11.- The state senate and house took separate ballots yesterday for United States senator to 111 the vacancy caused by the death of Senator Hearst. The Republicana split up their vote between Estee, Felton, DeYoung, Blanchard and others, the Demo crats voting for Ostrom. There was no choice in either branch.