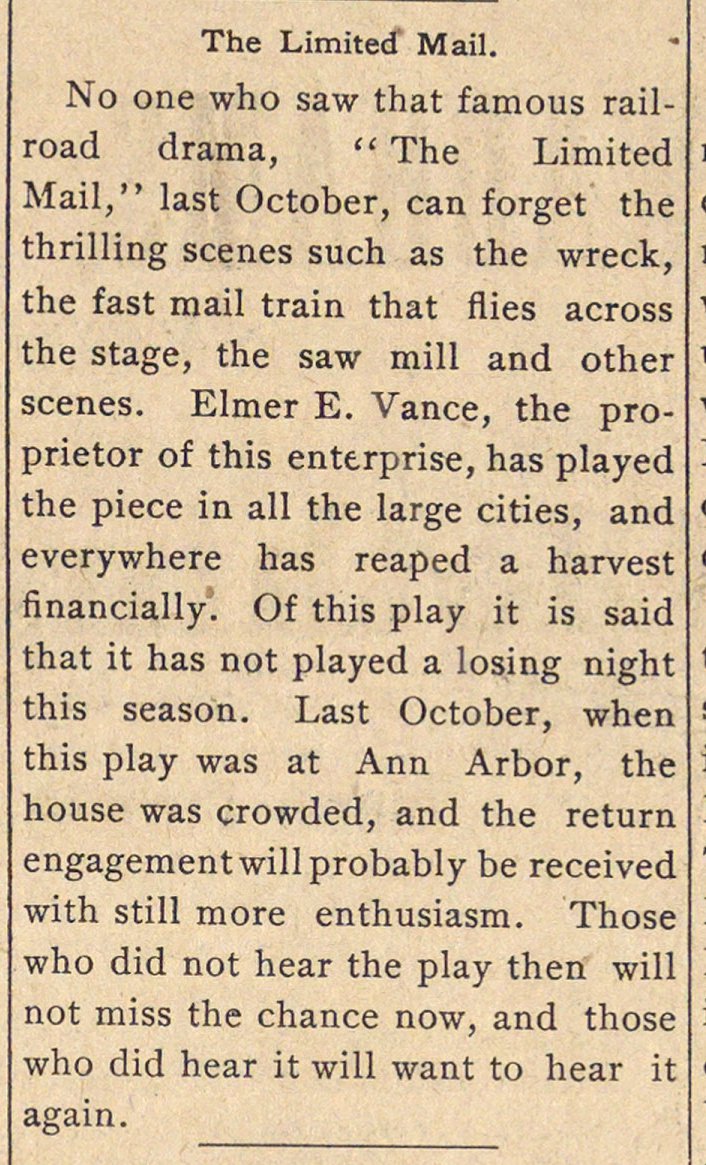 No one who saw that famous railroad drama, " The Limited Mail," last October, can forget the thrilling scènes such as the wreek, the fast mail train that flies across the stage, the saw mili and other scènes. Elmer E. Vanee, the proprietor of this enterprise, has played the piece in all the large cities, and everywhere has reaped a harvest financially. Of this play it is said that it has not played a losing night this season. Last October, when this play was at Ann Arbor, the house was crowded, and the return engagement willprobably be received with still more enthusiasm. Those who did not hear the play then will not miss the chance now, and those who did hear it will want to hear it again.