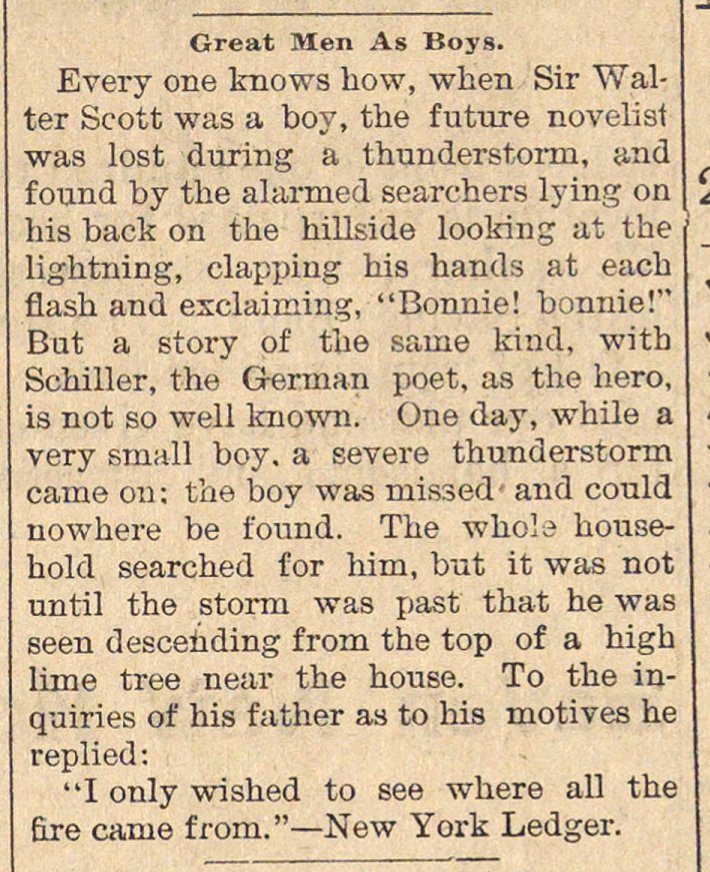 Every one knows how, when Sir Walter Scott was a boy, the future novelist was lost during a thunderstorcn, and found by the alanned searchers lying on bis back on the hillside looking at the lightning, clappiug his hands at each flash and esclaiming, "Bonnie! bonnie!" But a story of the saine kind, with Schiller, the Germán poet, as the hero, is not so vvell kiiown. One day, while a very small boy. a severe thunderstorm came ou : the boy was niissed and could nowhere be found. The who household searched for him, but it was not until the storm was past that he was seen descending from the top of a high lime tree near the house. To the inquiries of his father as to his motives he replied: "I only wished to see where all the tire carne f