A Cataract In Labrador 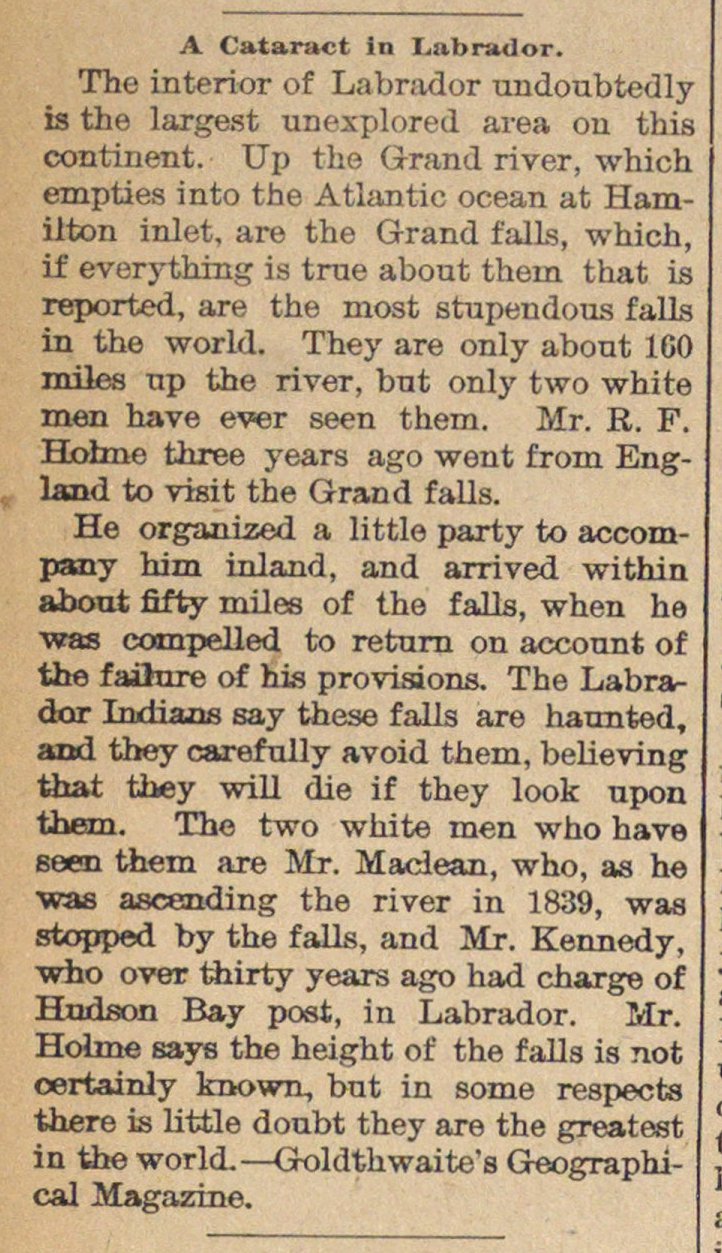 The interior of Labrador undoubtedly is the largest unexplored area on this continent. Up the Grand river, which empties into the Atlantic ocean at Hamilton inlet, are the Grand falls, which, if everything is true about theni that is reported, are the most stupendous falls in the world. They are only abont ICO miles tip the river, but only two white men have ever seen them. Mr. E. F. Hobne three years ago went from England to visit the Grand falls. He organized a little party to accompany him inland, and arrived within about fifty miles of the falls, when he was compelled to return on account of the failure of his provisions. The Labrador Indiaas say these falls are haxmted, and they carefully avoid them, believing that tbey will die if they look upon them. The two white men who have seen them are Mr. Madean, who, as he ■was ascending the river in 1839, was stopped by the falls, and Mr. Kennedy, ■who over thirty years ago had charge of Hudson Bay post, in Labrador. Mr. Holme says the height of the falls is nofc oertainly known, but in some respecta there is little doubt they are the greatest