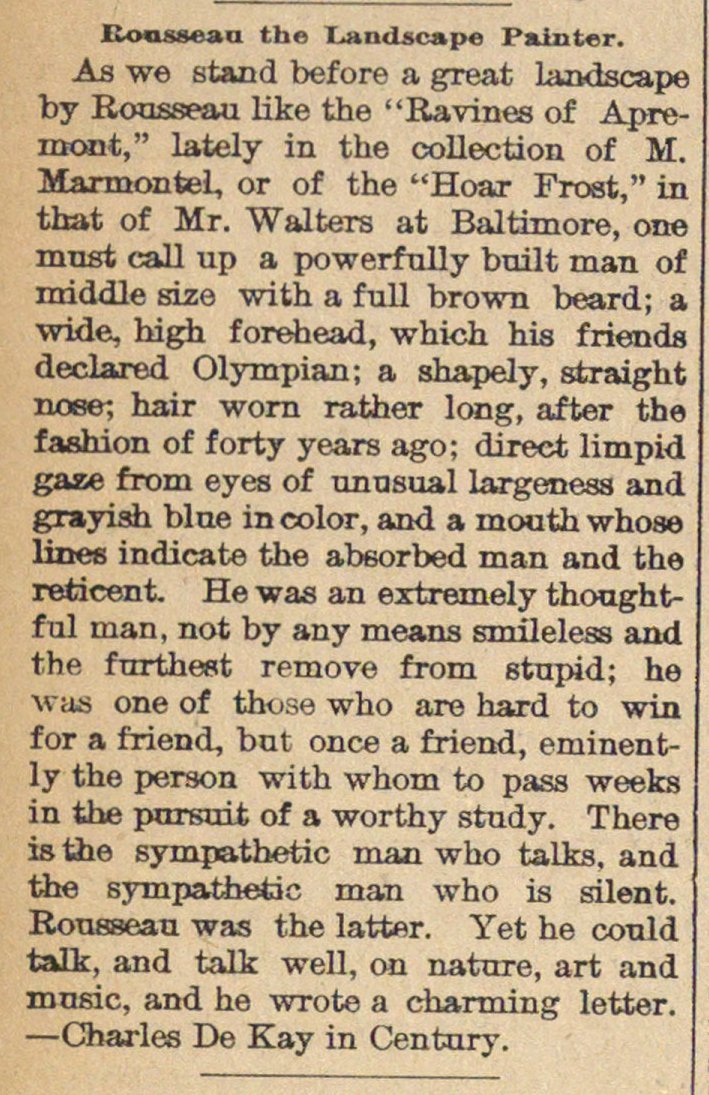 As we stand before a great landscape by Rousseau like the "Ravines of Apremont," lately in the collection of M. MarmonteL, or of the "Hoar Frost," in that of Mr. Walters at Baltimore, one must cali up a powerfully built man of middle size with a full brown beard; a wide, high forehead, which his friends declared Olympian; a shapely, straight nose; hair worn rafcher long, after the fashion of forty years ago; direct limpid gaze from eyes of unnsual largeness and grayish bine in color, and a mouth whose lines indicate the absorbed man and the reticent. He was an extremely thoughtful man, not by any means smileless and the fnrthest remove from stupid; he vijs one of those who are hard to win for a friend, but once a friend, eminently the person with whom to pass weeks in the pnrsuit of a worthy study. There is the sympathetic man who talks, and ttie sympathetio man who is silent. Rousseau was the lattor. Yet he conld talk, and talk well, on nature, art and mnsic, and he wrote a charming letter.