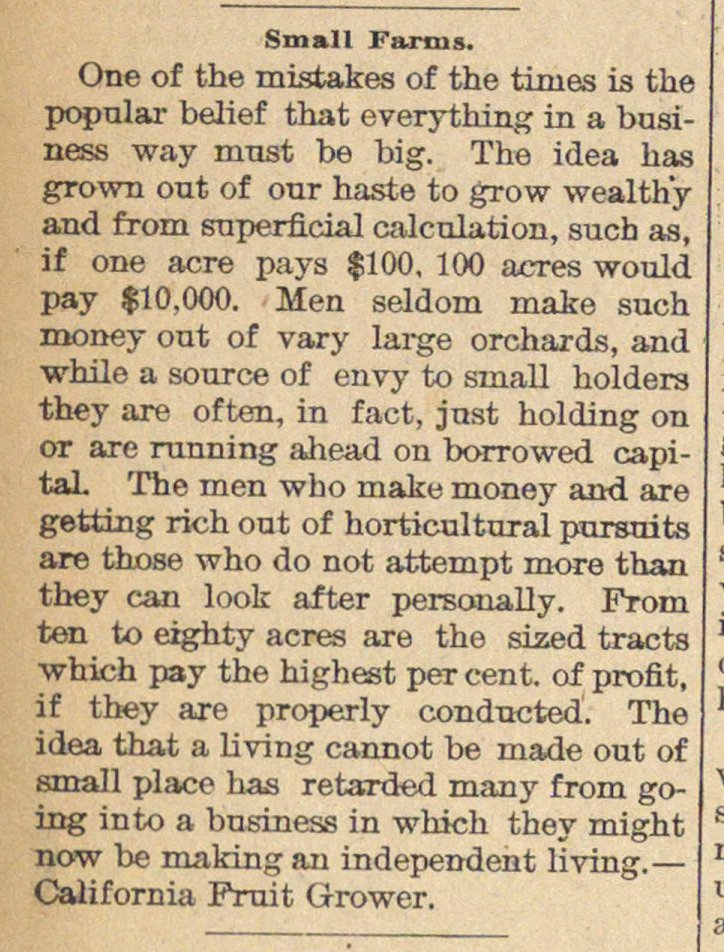 One of the mistakes of the times is the popalar belief that everything in a business way must be big. The idea has grown out of our haste to grow wealth'y and from superficial calenlation, suoh as, if one acre pays $100, 100 acres would pay $10.000. Men seldom make such money out of vary large orchards, and while a source of envy to sinall holders they are often, in fact, jnst holding on or are running ahead on borrowed capitaL The men who make money and are getting rich out of horticultural pursuits are those who do not attempt more than they can look after personally. Prom ten to eighty acres are the sized tracts which pay the highest per cent. of profit, if they are properly condncted. The idea that a living cannot be made out of small place has retarded many from going into a business in which they might now be making au independent living. -