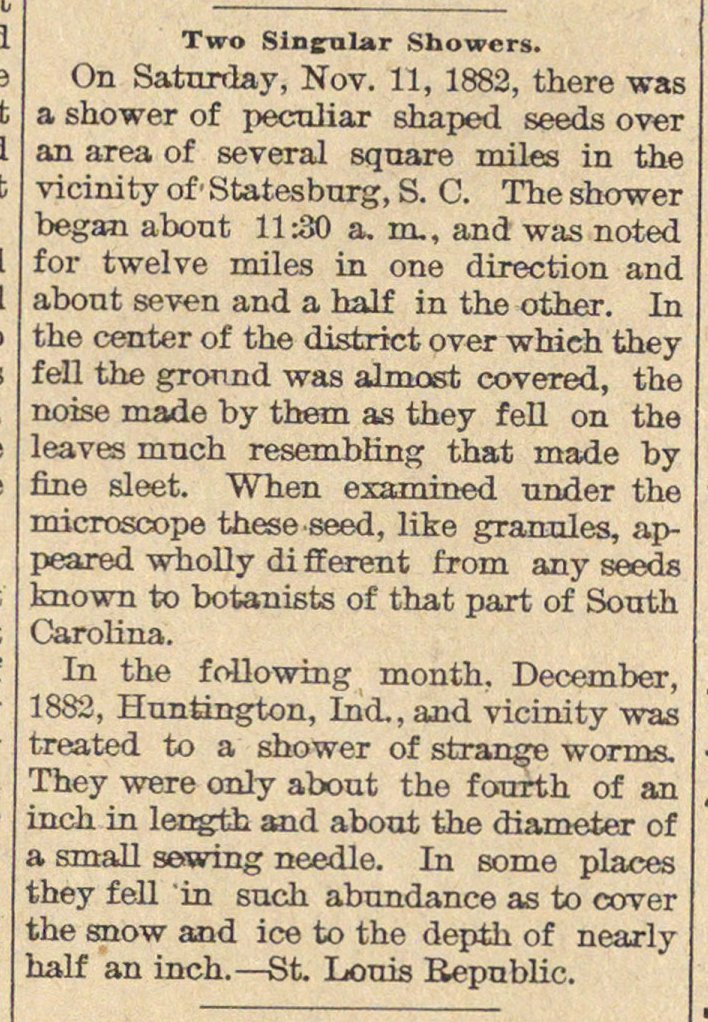 On Satunlay, Nov. 11, 1882, there was a shower of peculiar shaped seeds over an area of several sqnare miles in the vicinity of' Statesburg, S. C. The shower began about 11:30 a. m., and was noted for twelve miles in one direction and abont seven and a half in the other. In the center of the district over which they feil the grcmnd was almost covered, the noise made by them as they feil on the leaves much resembling that made by fine sleet. When examined under the microscope these seed, like granules, appeared wholly di fferent from any seeds known to botanists of that part of Sonth Carolina. In the foüowing month. December, 1882, Huntington, Ind., and vicinity was treated to a shower of strange wonns. They were only about the fourth of an inch in length and about the diameter of a small sewing needie. In some places they feil 'in such abnndance as to cover the snow and ice to the depth of nearly half an inch.