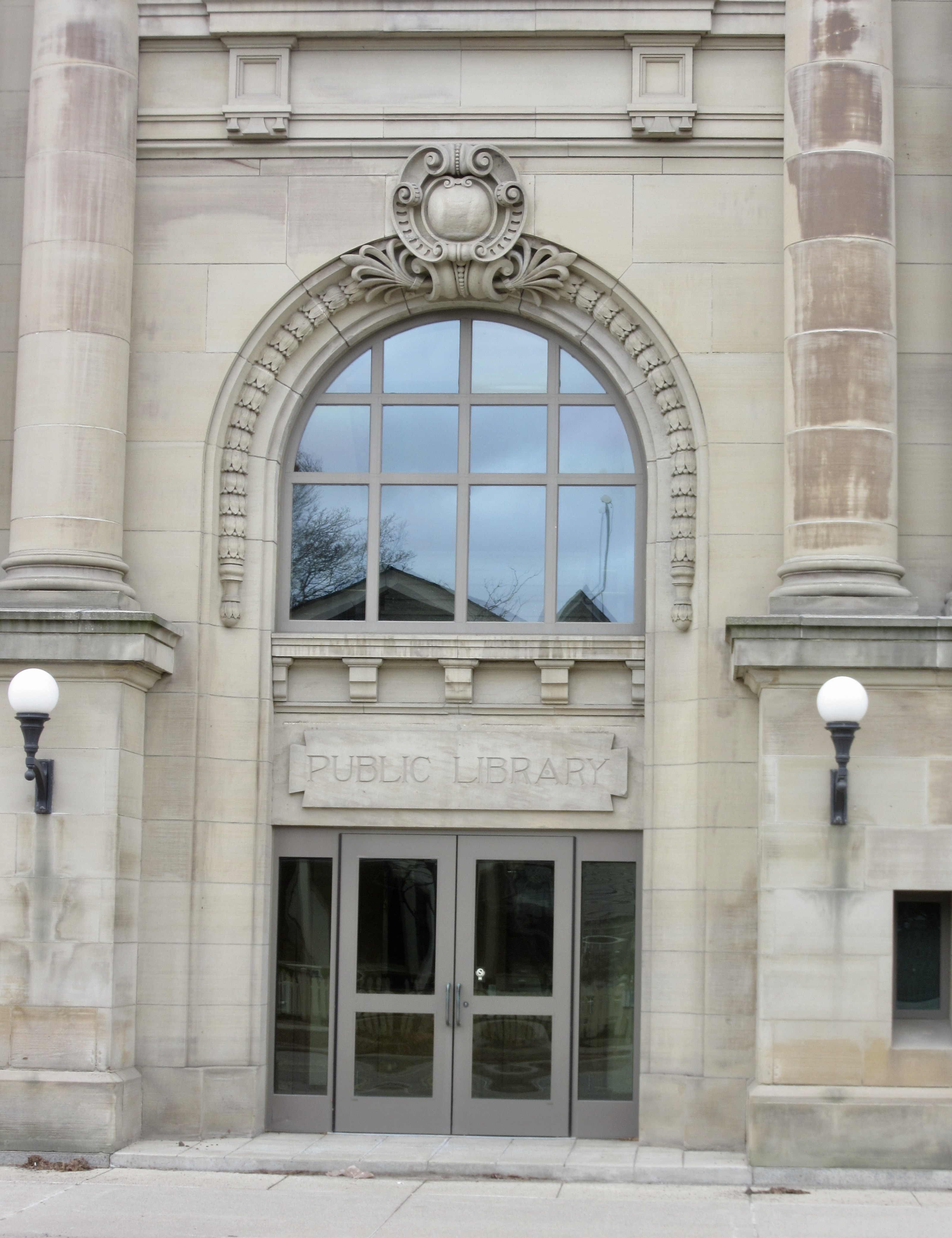 'The steel magnate's gift was grafted onto the public high school. Look closely at the north side of the U-M's Frieze Building on Huron opposite North Thayer, and you'll see that part of it is actually a distinct structure, set closer to Huron Street and built of stone blocks rather than brick. The main brick building was built in 1907 as Ann Arbor High School. The smaller stone one was built the same year, as one of America's 1,679 Carnegie libraries. Andrew Carnegie (1835-1919) was a Scottish immigrant who made his fortune in steel (he replaced many wooden bridges with steel ones) and railroads (he introduced the first sleeping cars). After he sold Carnegie Steel to financier J. P. Morgan in 1901, he devoted his energies to giving away his vast fortune for social and educational advancement. Carnegie believed that great wealth was a public trust that should be shared. But he did not believe in straight alms-giving. (This was, after all, the Carnegie who broke the 1886 strike at his steel plant in Homestead, Pennsylvania, with 200 Pinkerton detectives. It took the state militia to put down the riots that resulted.) Building libraries to encourage self-improvement was consistent with Carnegie's philosophy of helping people help themselves. He paid for the buildings but required the community to provide the site and to pay for books and maintenance in perpetuity. At the time it was built, Ann Arbor's Carnegie Library was believed to be the only one in the country attached to another building. But it was a natural pairing in a town where the library and the high school had already been associated for nearly fifty years. The contents of the high school's library, which started operating in 1858, were the city's first publicly owned books. In 1883, the collection was given its own quarters on the second floor of the school, and Nellie Loving was hired to be the first librarian. At this time, or soon after, the general public also was allowed to use the library, thus setting the precedent, continued to this day, of the school board taking responsibility for the public library.'