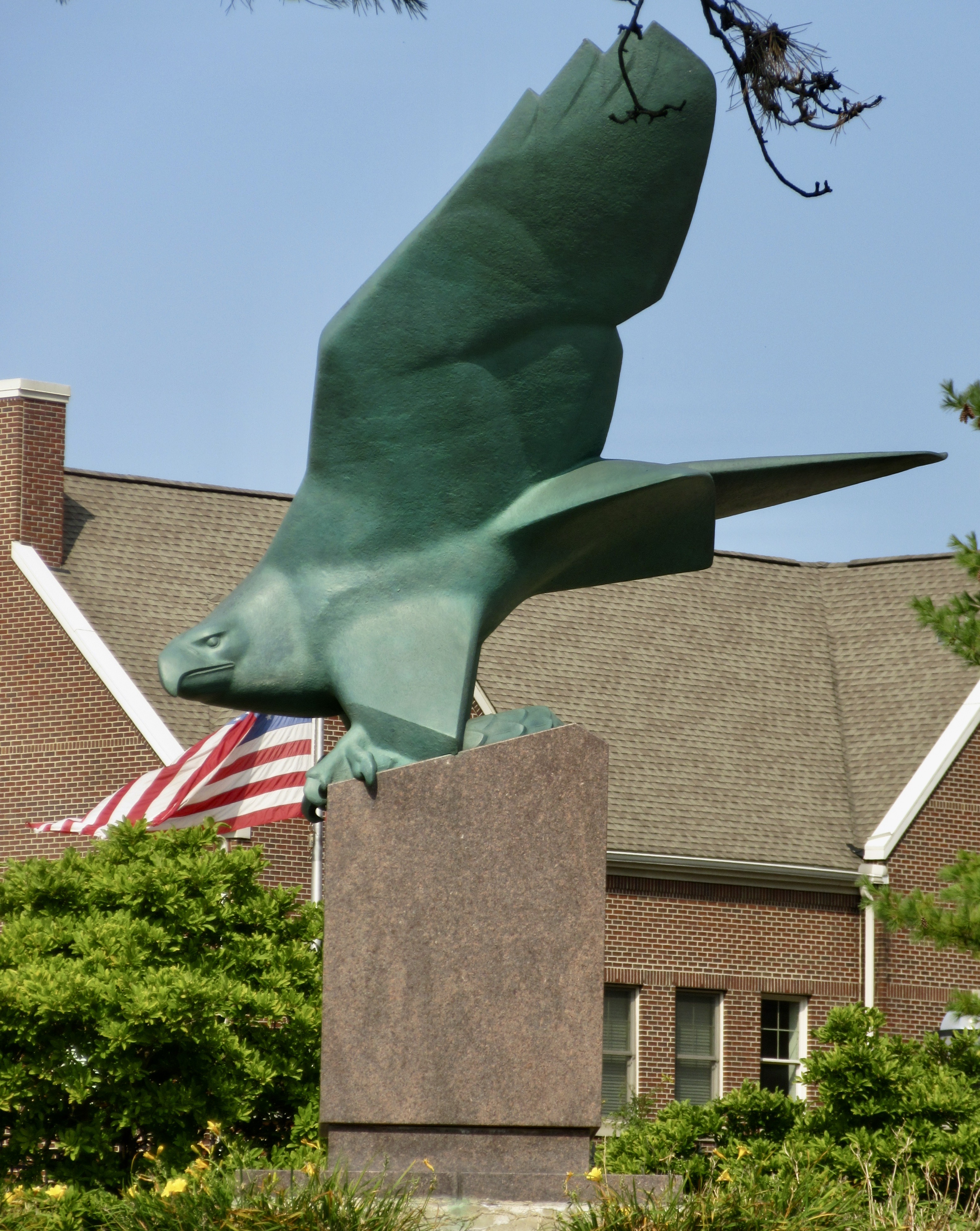 'Gift of the Board in Control of Intercollegiate Athletics as a memorial to men and women of the U-M who gave their lives for their country. Fielding Yost, legendary U-M football coach and athletic director, was the driving force behind several major U-M athletic facilities, including the football stadium. Yost wished for the stadium to be designated as a memorial to all University men and women who had sacrificed their lives for their country, rather than its being named after him. This sculpture, executed by well-known Michigan artist Marshall Fredericks, embodies Yost’s vision of a memorial. The inscription reads: “In memory of the men and women of the University of Michigan who gave their lives for their country—MCMXLVIII.” Fredericks, who worked as an assistant to Carl Milles at Cranbrook and taught there ten years, is also the sculptor of the numerous bas reliefs on the façades of the LSA building as well as the bas reliefs on the façades of the Rackham Educational Memorial in Detroit.'