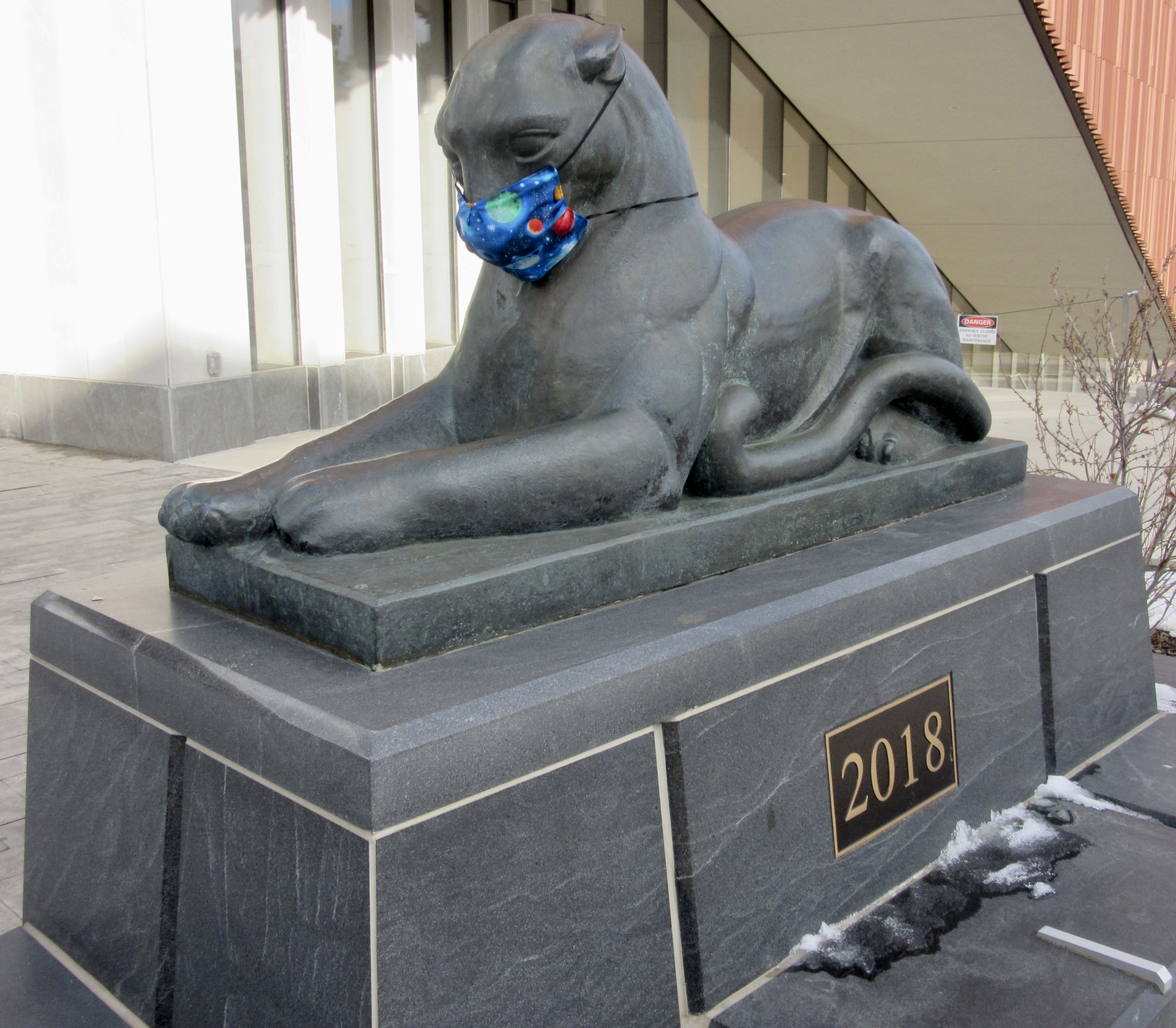 'Alexander Ruthven, director of the Natural History Museum when this building was constructed in 1928, envisioned animal figures, such as lions, flanking the doors. Carleton Angell chose pumas since they had once been native to Michigan. He wrote “it had to be an animal with form and qualities of character which would not detract from nor be overpowered by the massive design of the building. It should also be an animal which could be so sculpturally treated as to reflect control of energy and inspire respect for honest helpful effort wherever it may be.” An artist at the museum for 30 years, Angell designed plaster casts to be used in exhibit cases. He was also the sculptor of the bronze doors and numerous bas reliefs on the facades of this building. The original pumas, which were installed in 1940, were made of terrazzo and painted black. Sixty years of winters took their toll, and the pumas experienced cracking and other problems. In order to ensure their preservation, molds were taken from the originals and new pumas were cast in bronze from the molds. The bronze pumas were installed in spring 2007 and were a gift of alumni Jagdish Janveja (BA 1963) and Saroj Janveja (BA 1968). The original terrazzo pumas were restored and placed in storage for possible future exhibition indoors.'