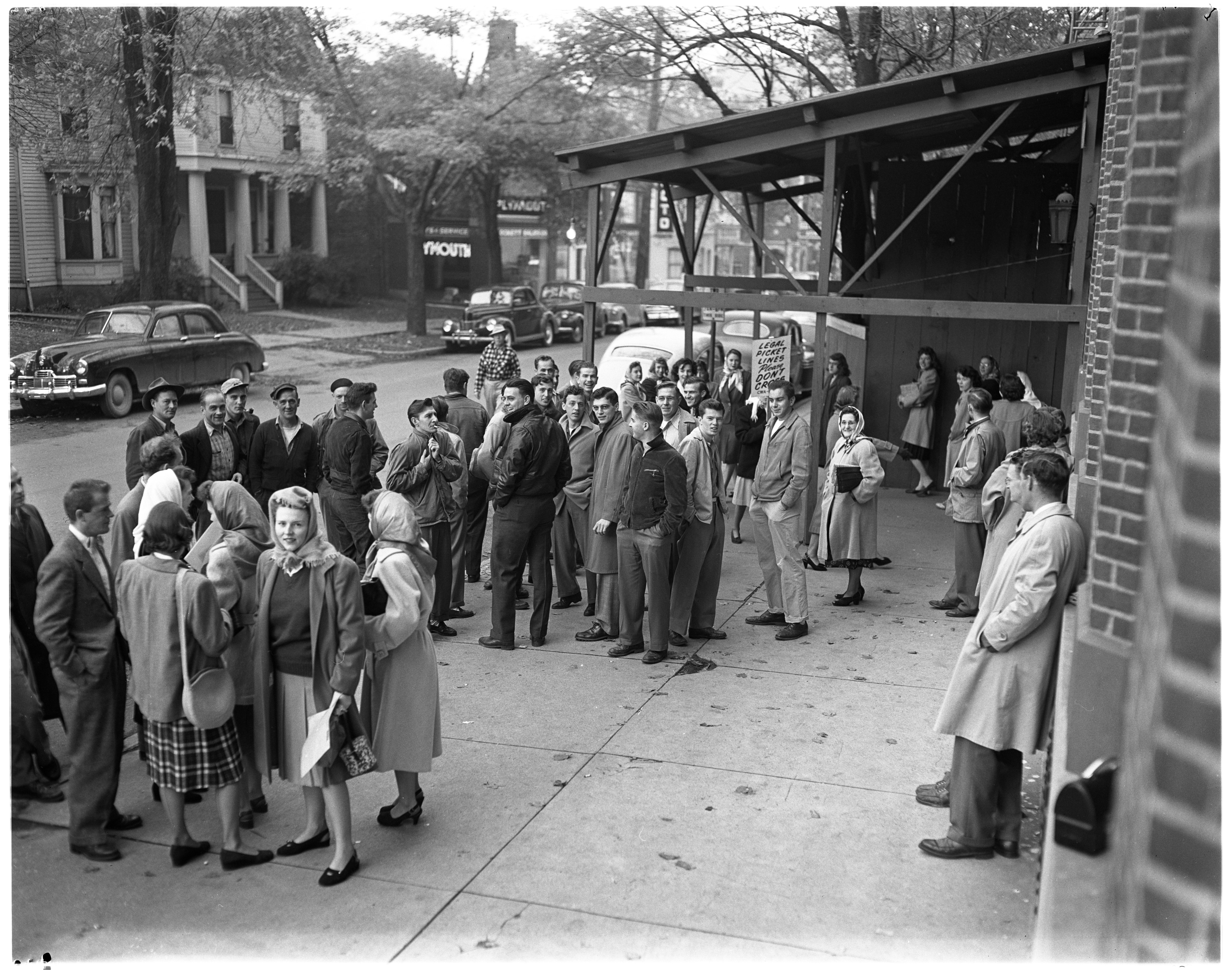 Published In
Ann Arbor News, October 14, 1948
Caption
PICKETS TIE UP TELEPHONE SERVICE: Approximately 50 operators, Western Electric technicians and building trade workers assembled outside the Michigan Bell Telephone Co. building on E. Washington St. this morning as members of Division 44 of the Communications Workers of America went on a scheduled 12-hour strike to protest delays in the current management-union wage negotiations. Picket lines were set up in front of the office entrance and the entrance to the construction job, halting both operators and plumbers, iron workers, masons and carpenters working on the new $450,000 telephone company addition.
Copyright
Copyright Protected 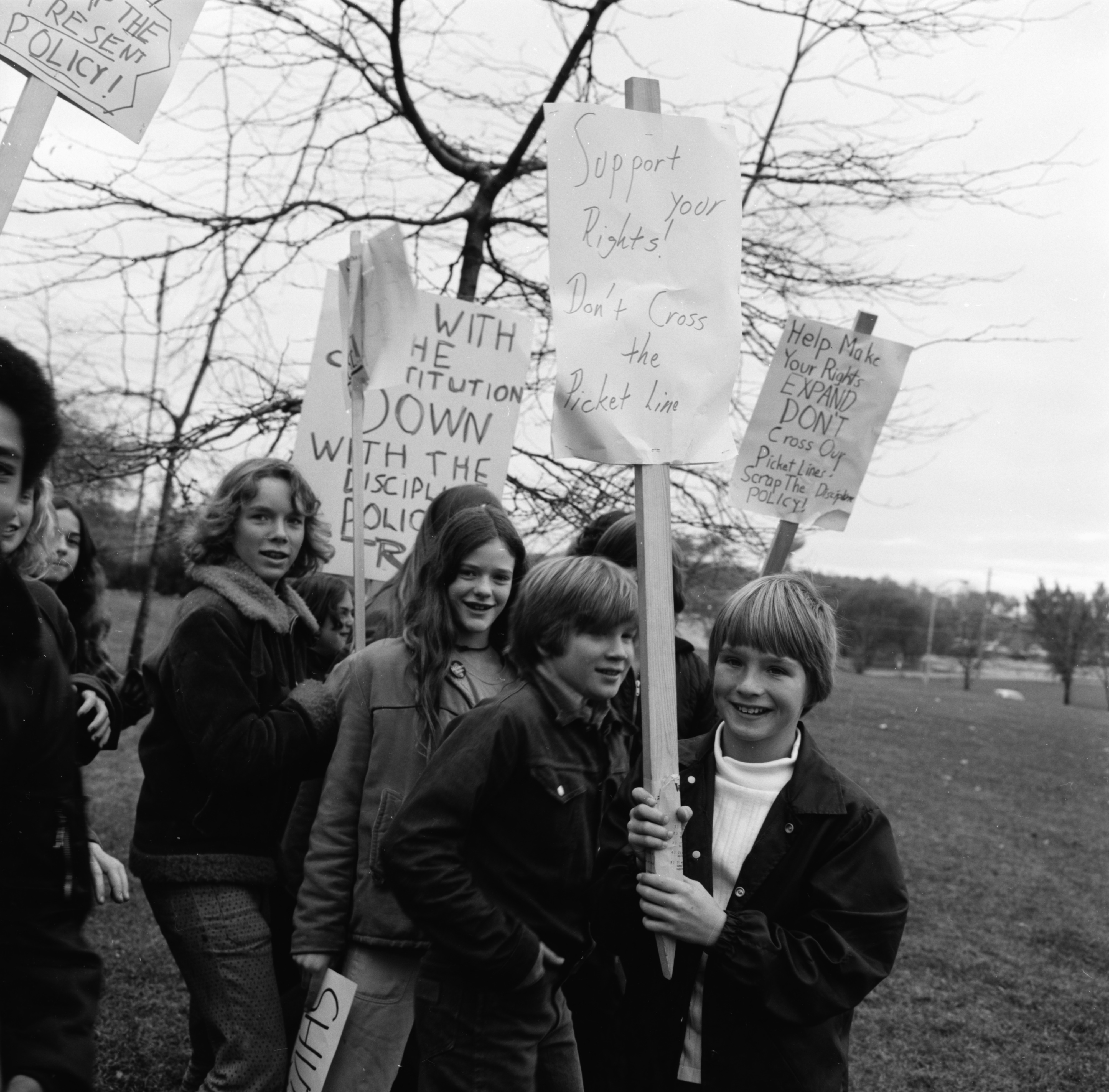 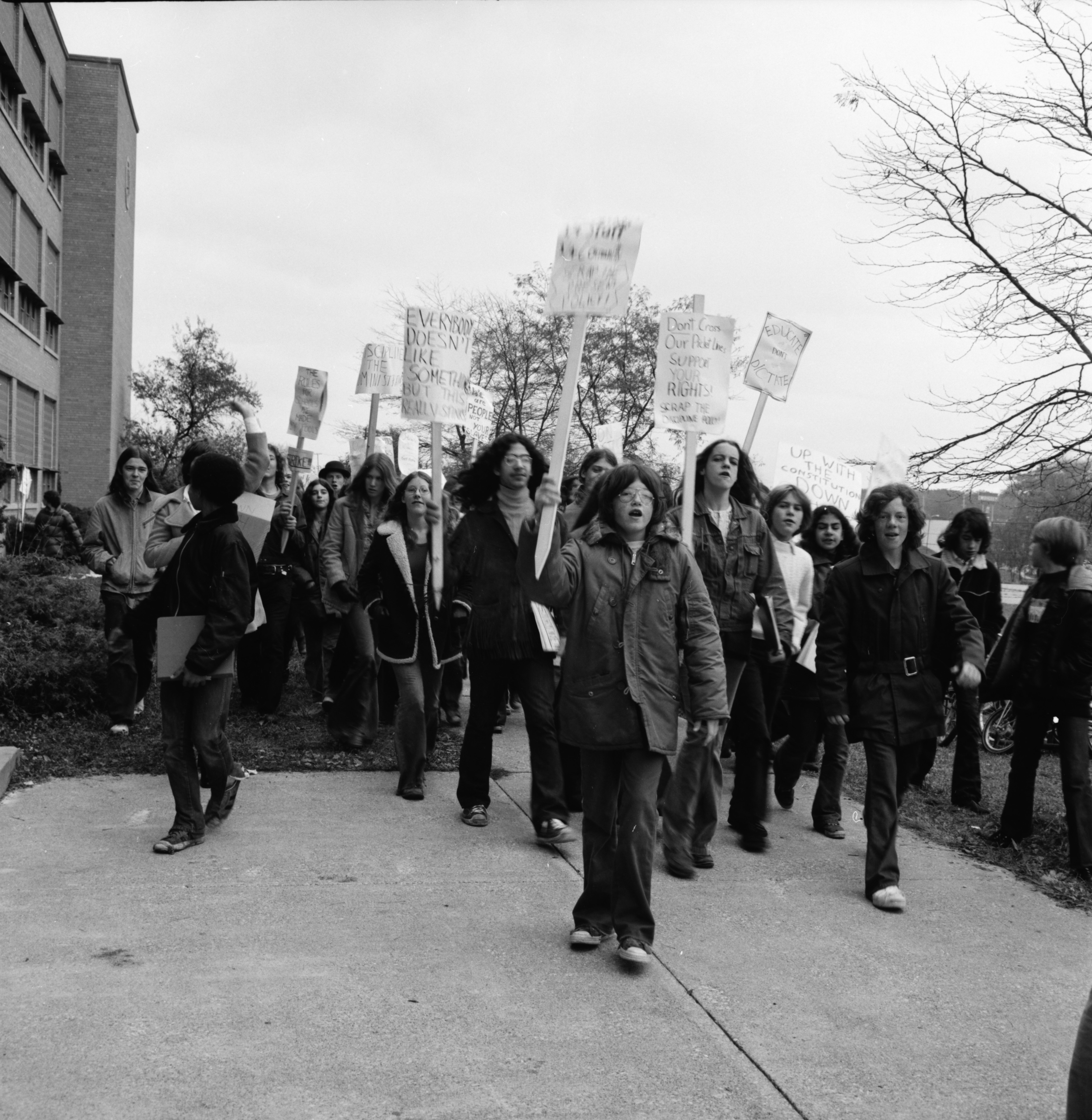 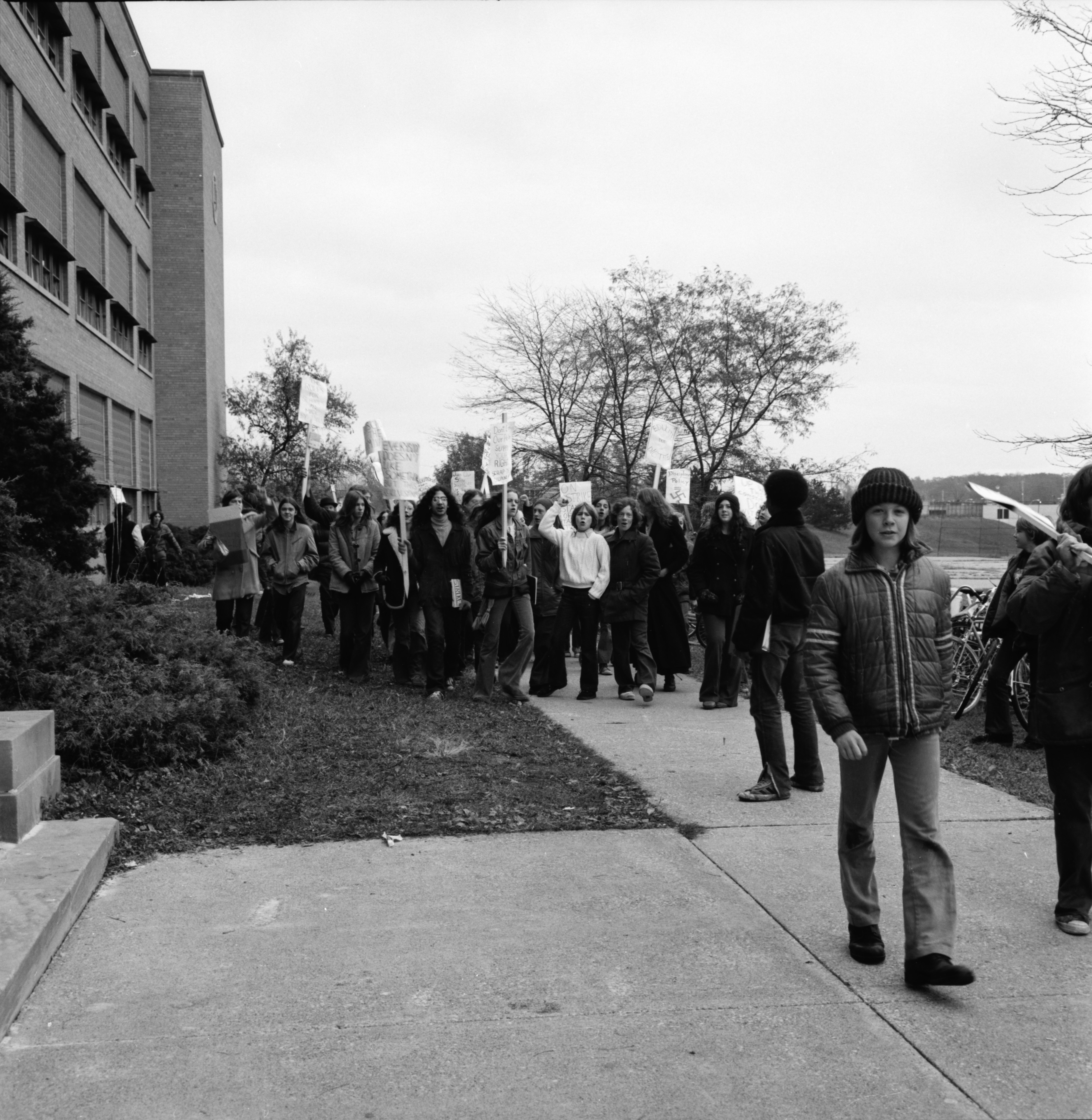 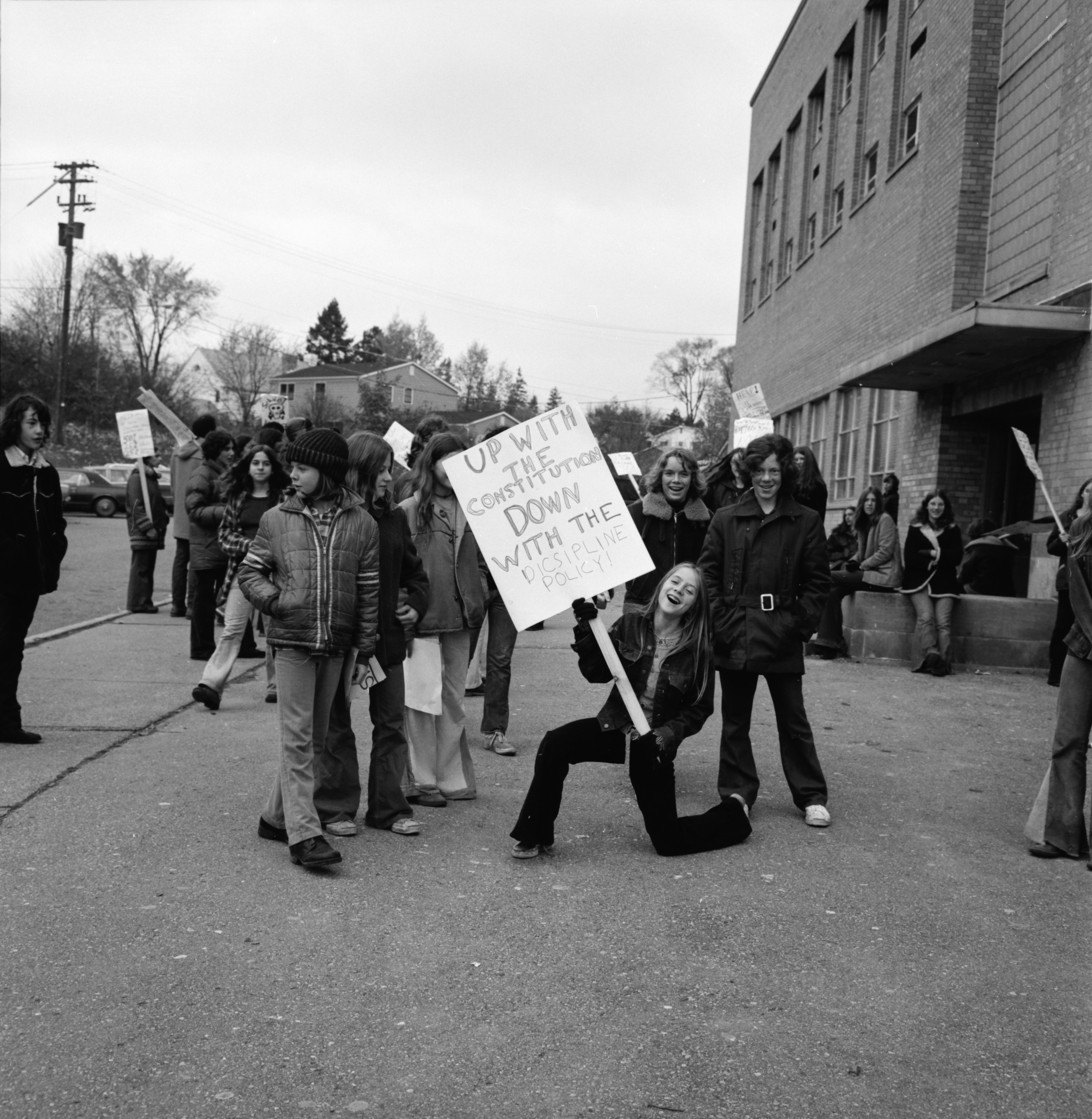 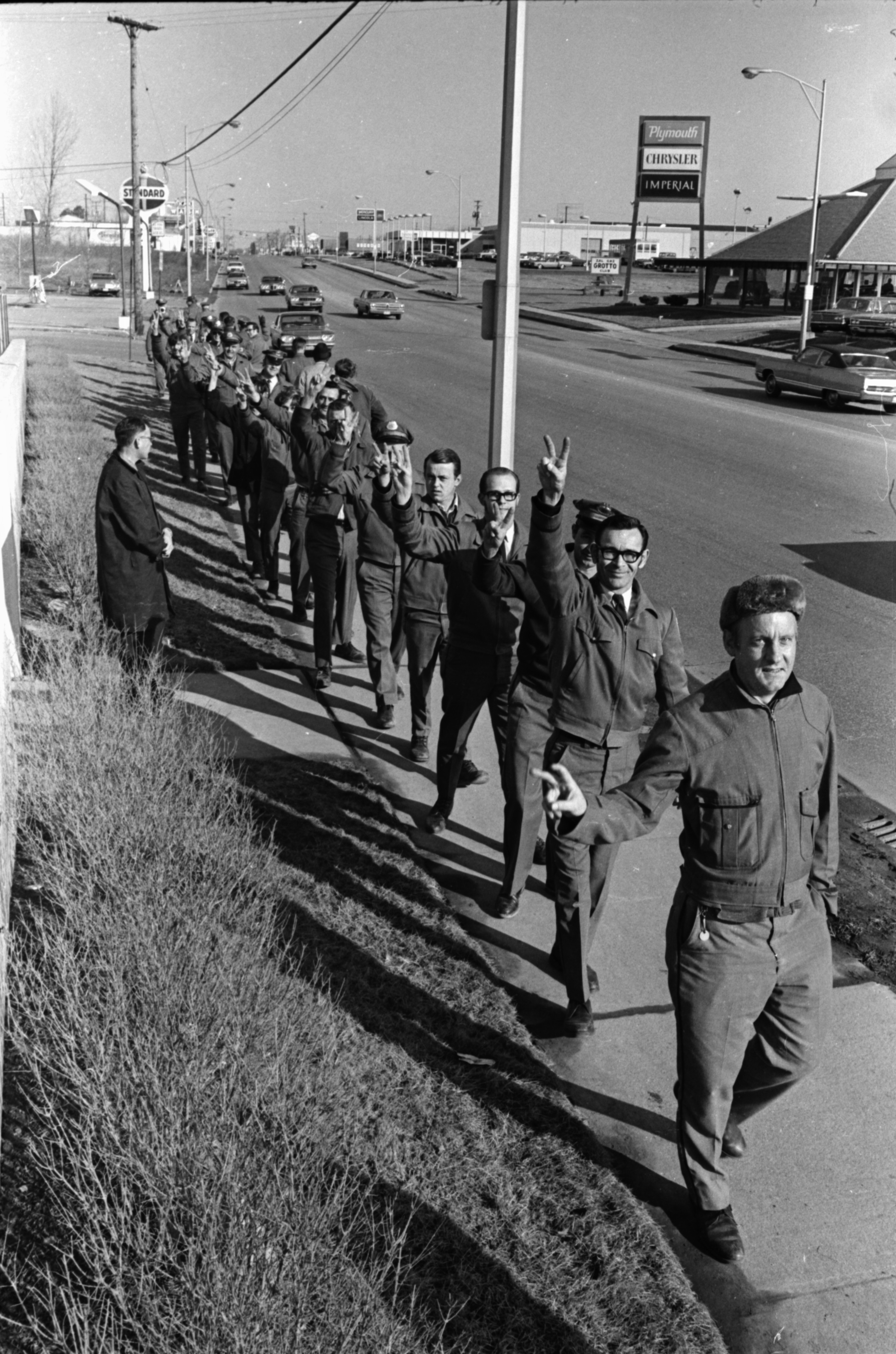 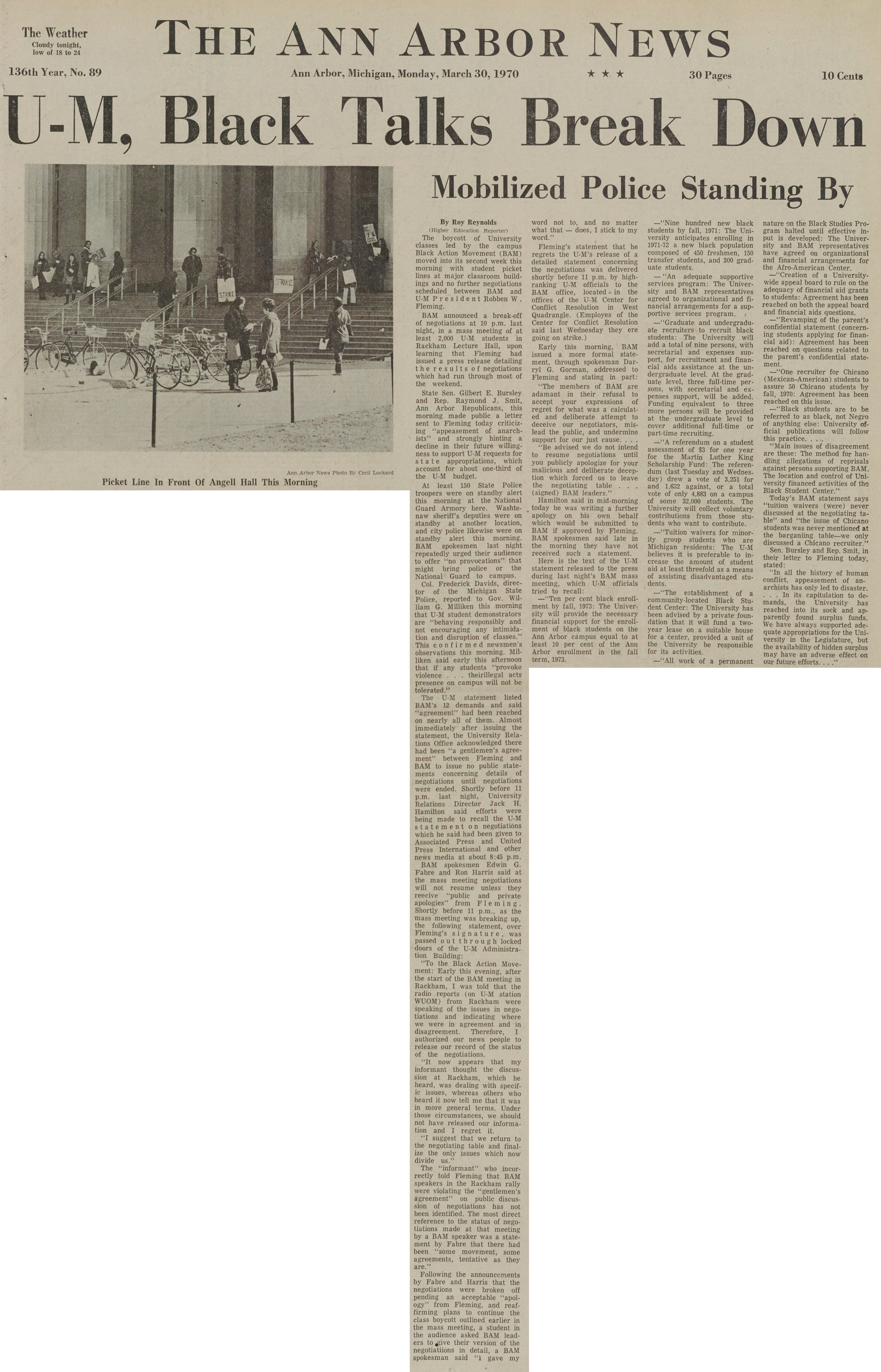 Titus W. McClary was born in 1937 and spent his childhood in Georgetown, South Carolina. After moving to Detroit, he attended Highland Park High School and worked at his uncle’s North End restaurant. During his time in the army in the early 1960s, he picketed a segregated theater and restaurant in Killeen, Texas. In 1965 he became the third Black police officer in Highland Park. McClary ran the juvenile division and helped found a Black officers’ organization. He served as mayor of Highland Park and remained a city council member until he passed away in 2017.

Titus McClary was interviewed by students from Skyline High School in Ann Arbor in 2010 as part of the Legacies Project.