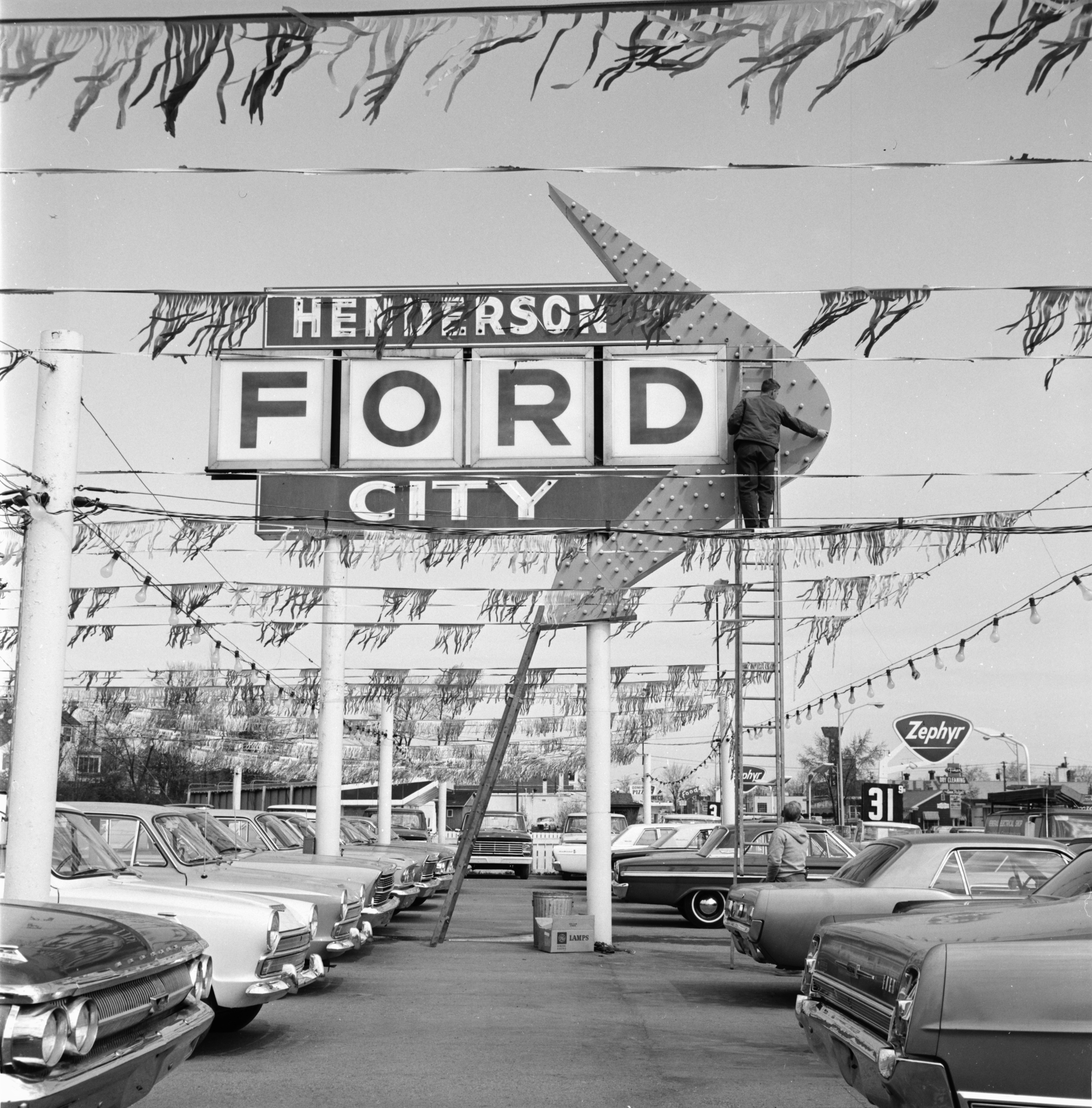 Published In
Ann Arbor News, March 5, 1967
Caption
Sign Ordinance Provisions Being Met: Work was being done on this car sales lot sign this morning to change the flashing light portion of it to an area of solid illumination, in accordance with the city's new sign ordinance. The streamers over the W. Stadium lot also were being removed. The lot's operator was among more than 100 businessmen notified by the city that they had fixtures which would be in violation of the sign law as of today. The ordinance provisions which went into effect today apply to signs with flashing lights or rotating elements and to banners, pennants and string lights. Many other businessmen are acting to conform.
Copyright
Copyright Protected 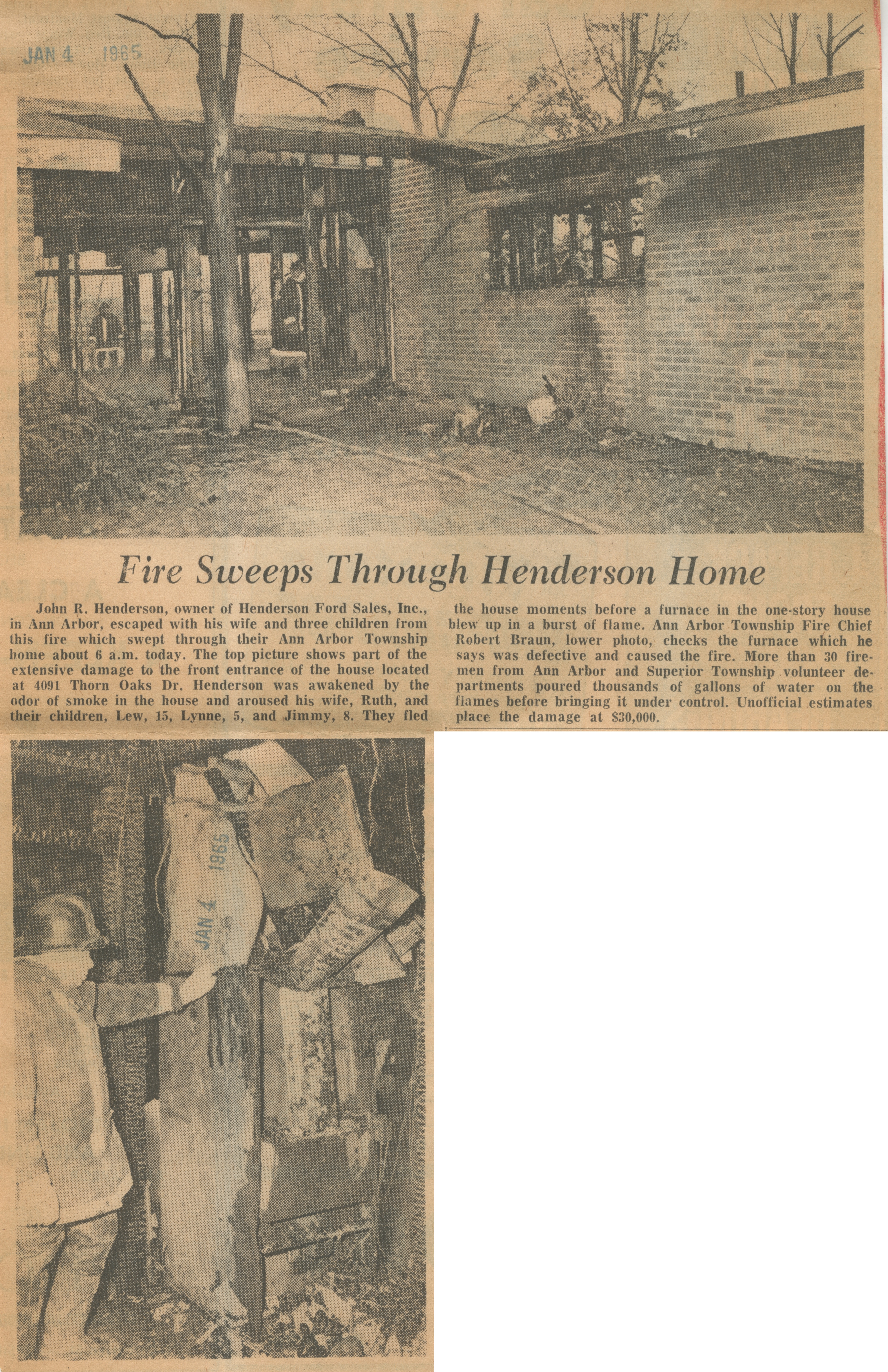 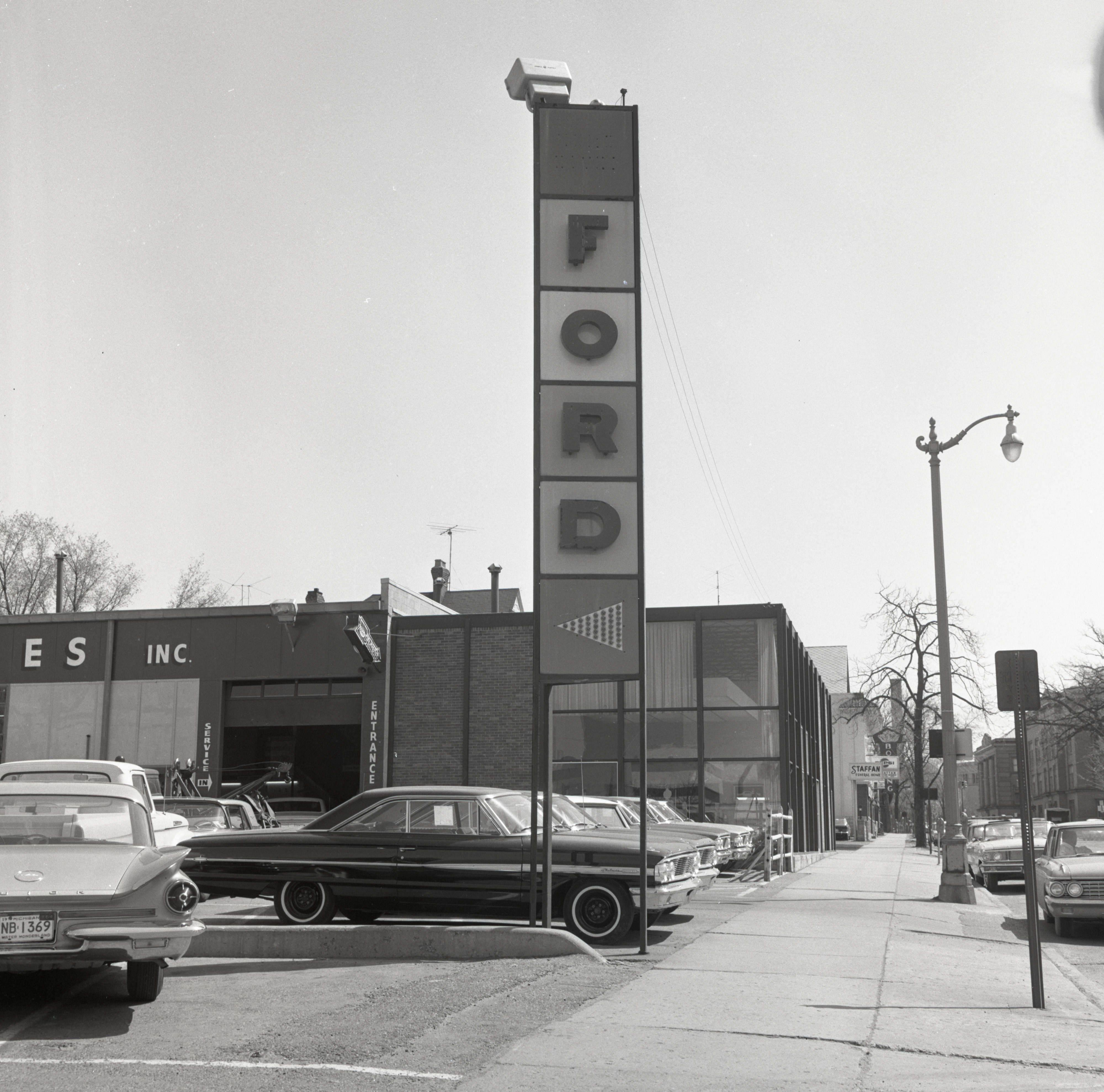 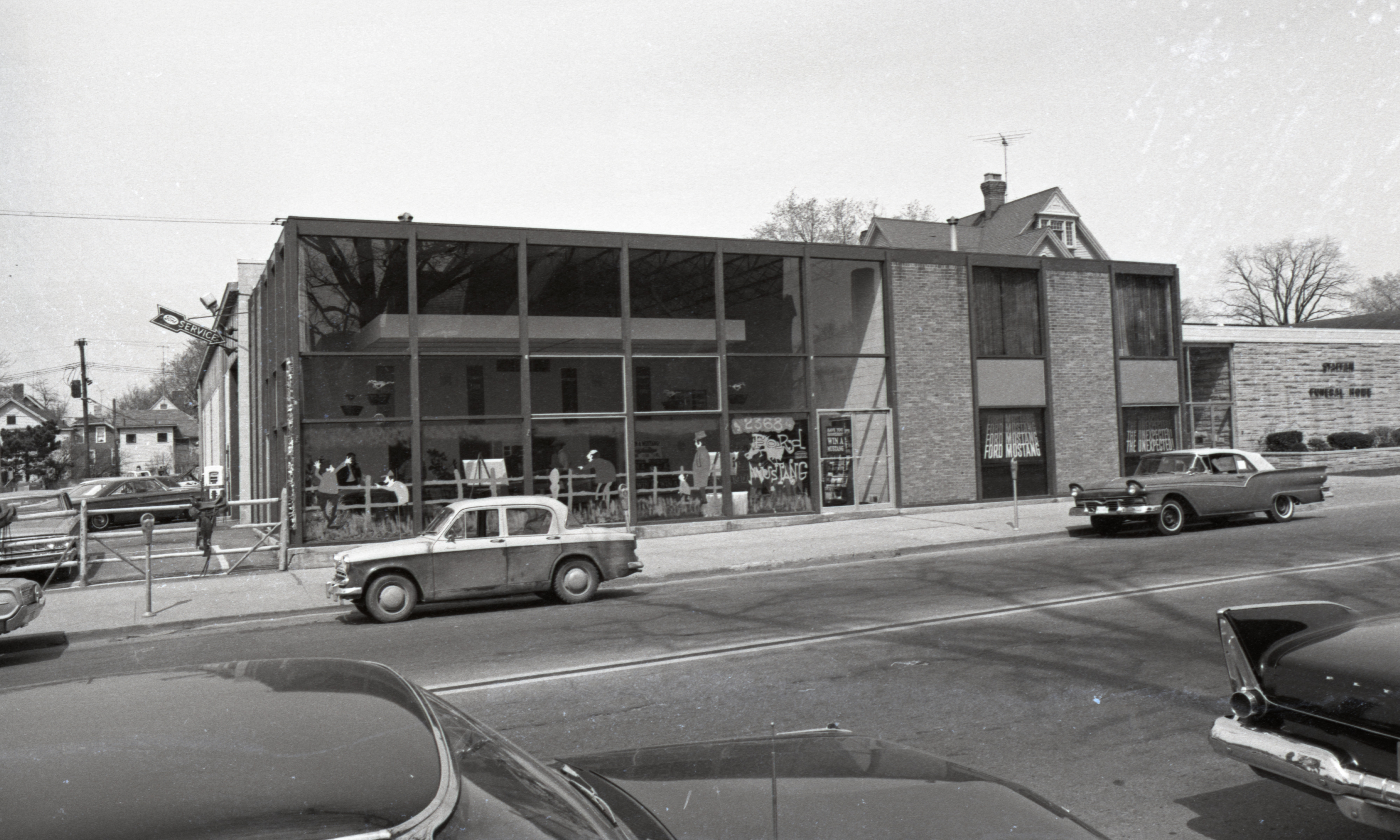 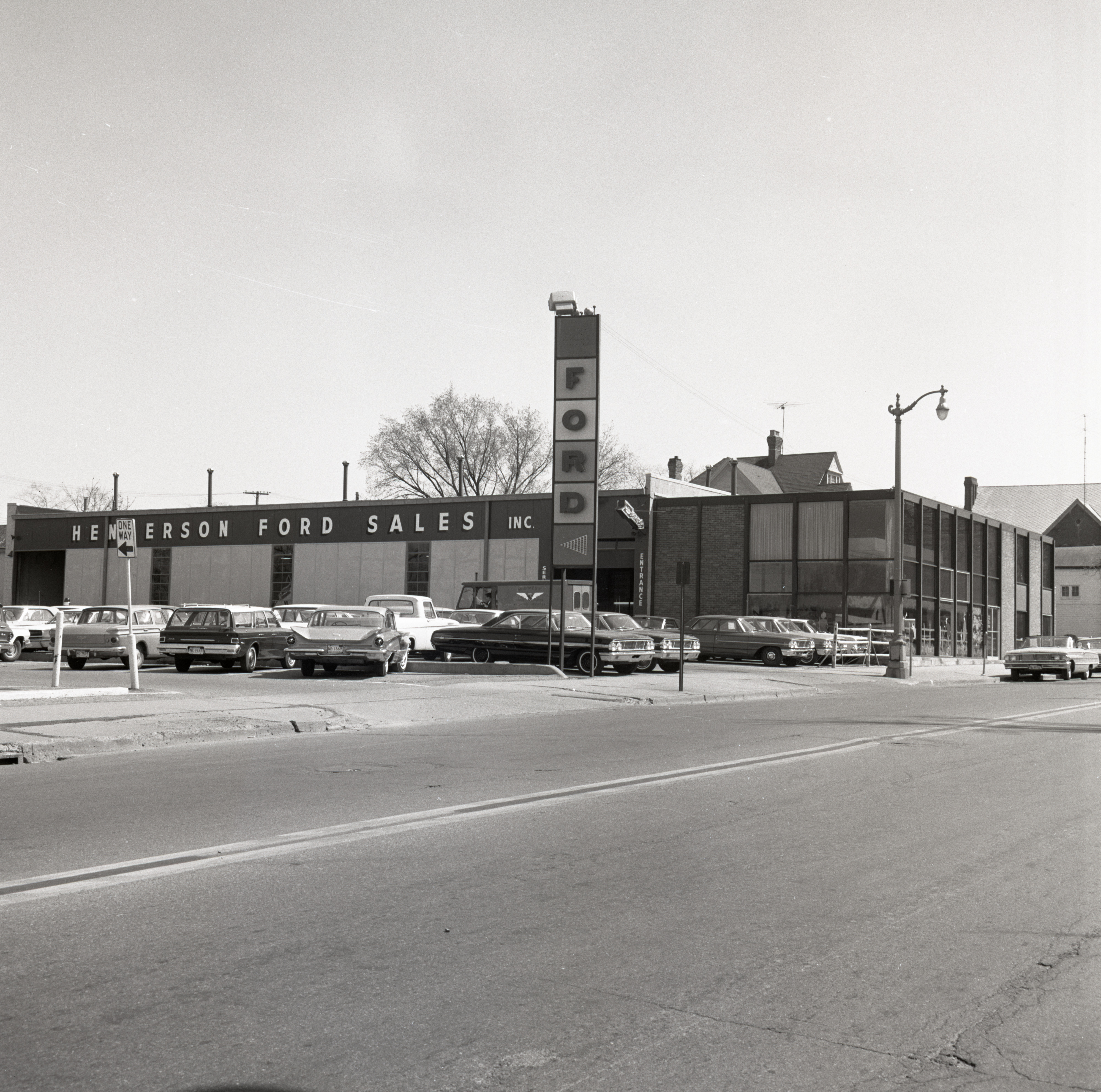 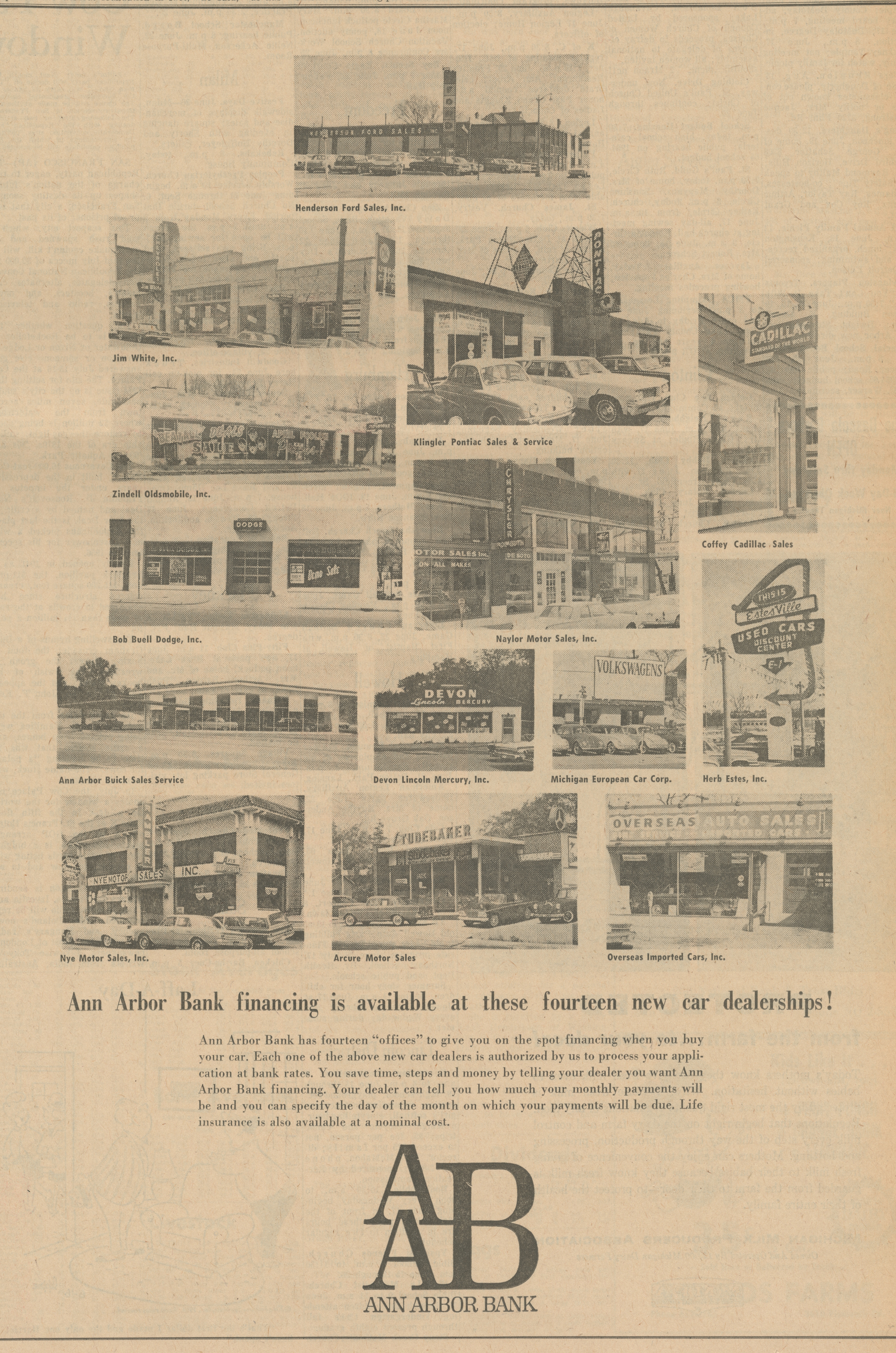 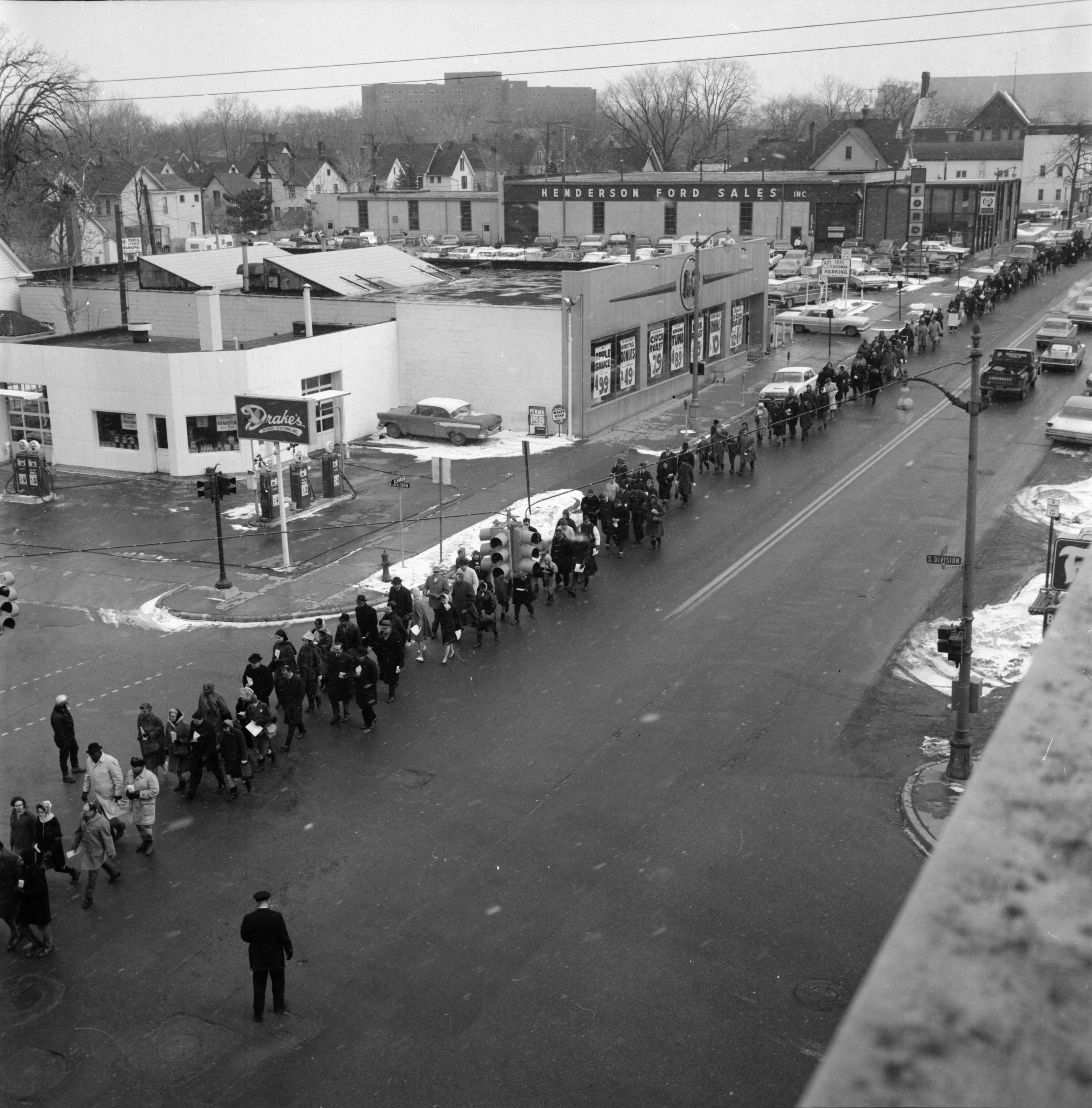