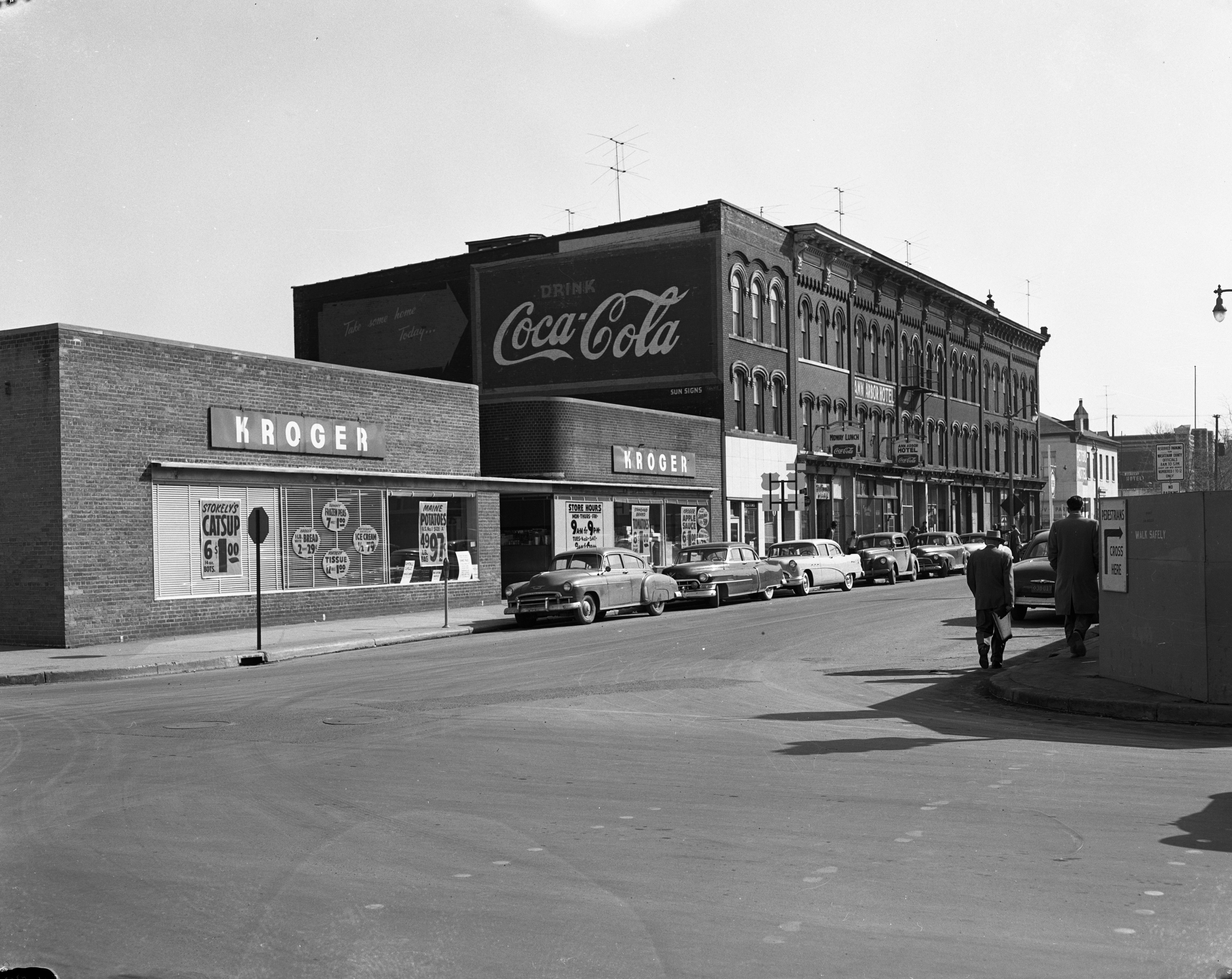 Published In
Ann Arbor News, November 30, 1953
Caption
WHAT CITY HALL WOULD REPLACE: This is the business block the proposed new city hall would replace if it is erected in the 100 block of E. Ann St. The welter of small stores and apartments on the second and third floors has been labeled a fire hazard by those seking passage of the city hall proposals on April 5. Out of sight at the right is the new Courthouse, now under construction. Mayor William E. Brown, jr., is leading the move to build a city hall on this site.
Copyright
Copyright Protected
Subscribe to 100 Block East Ann St