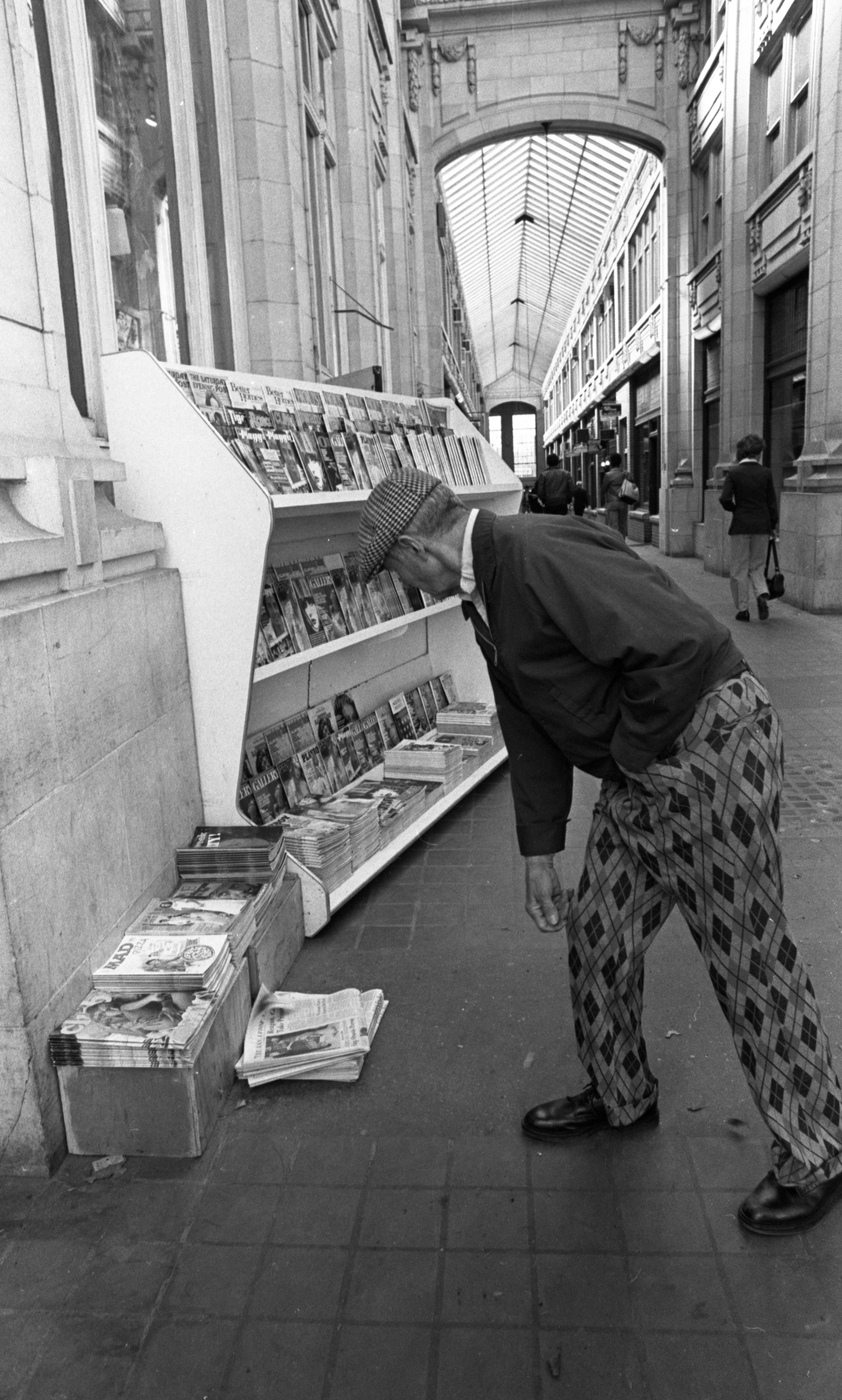 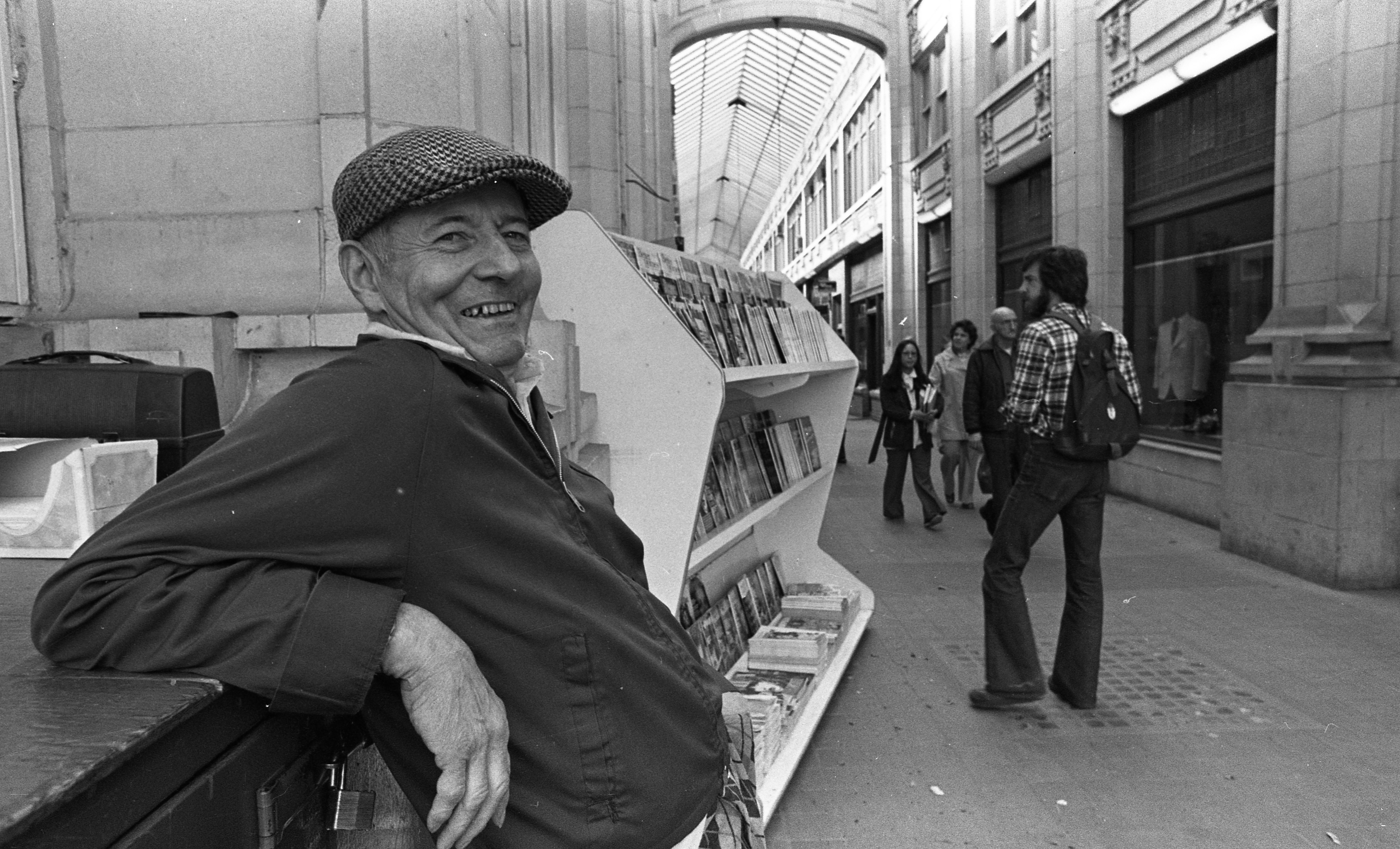 Neff's The Name, Magazines The Game 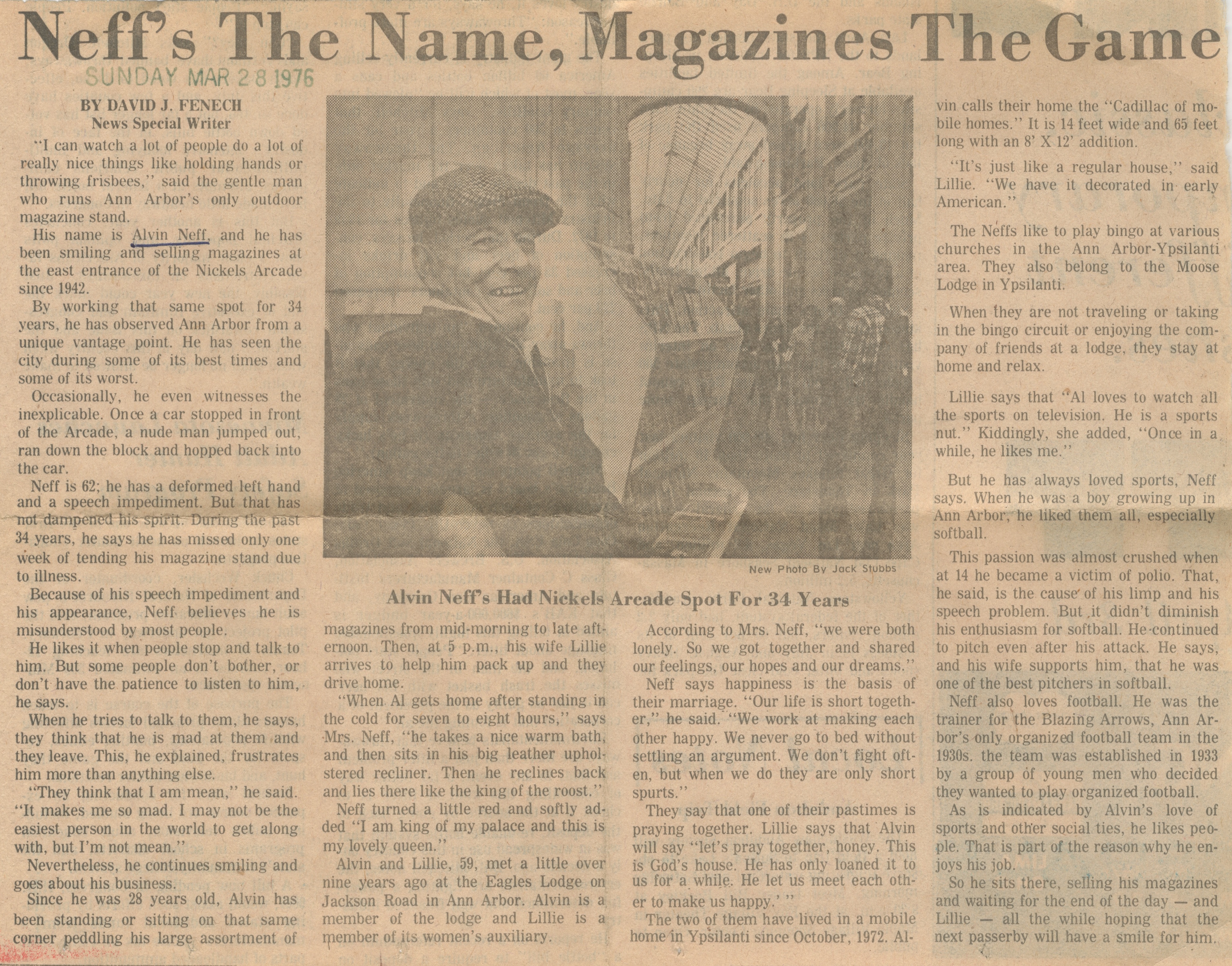 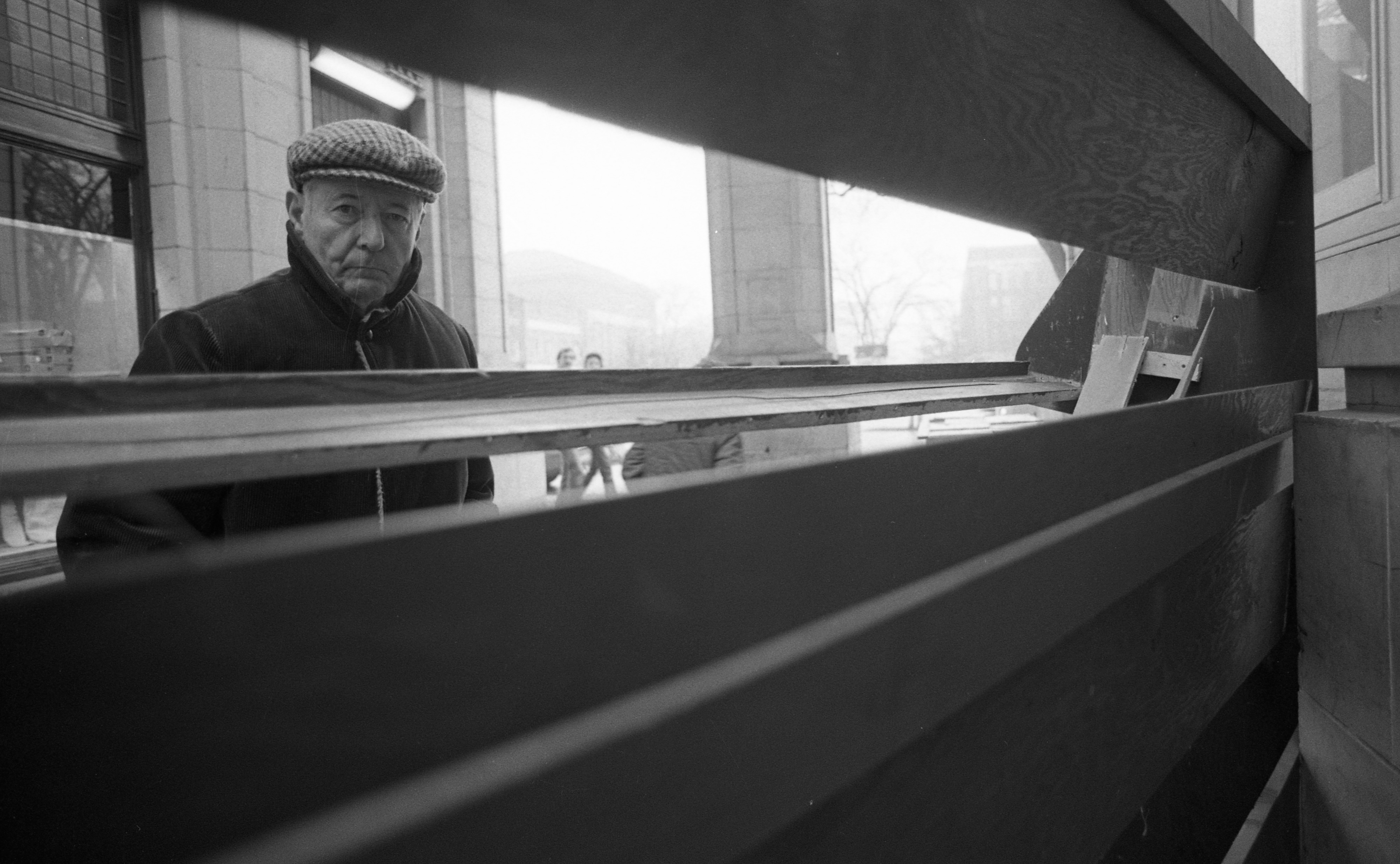 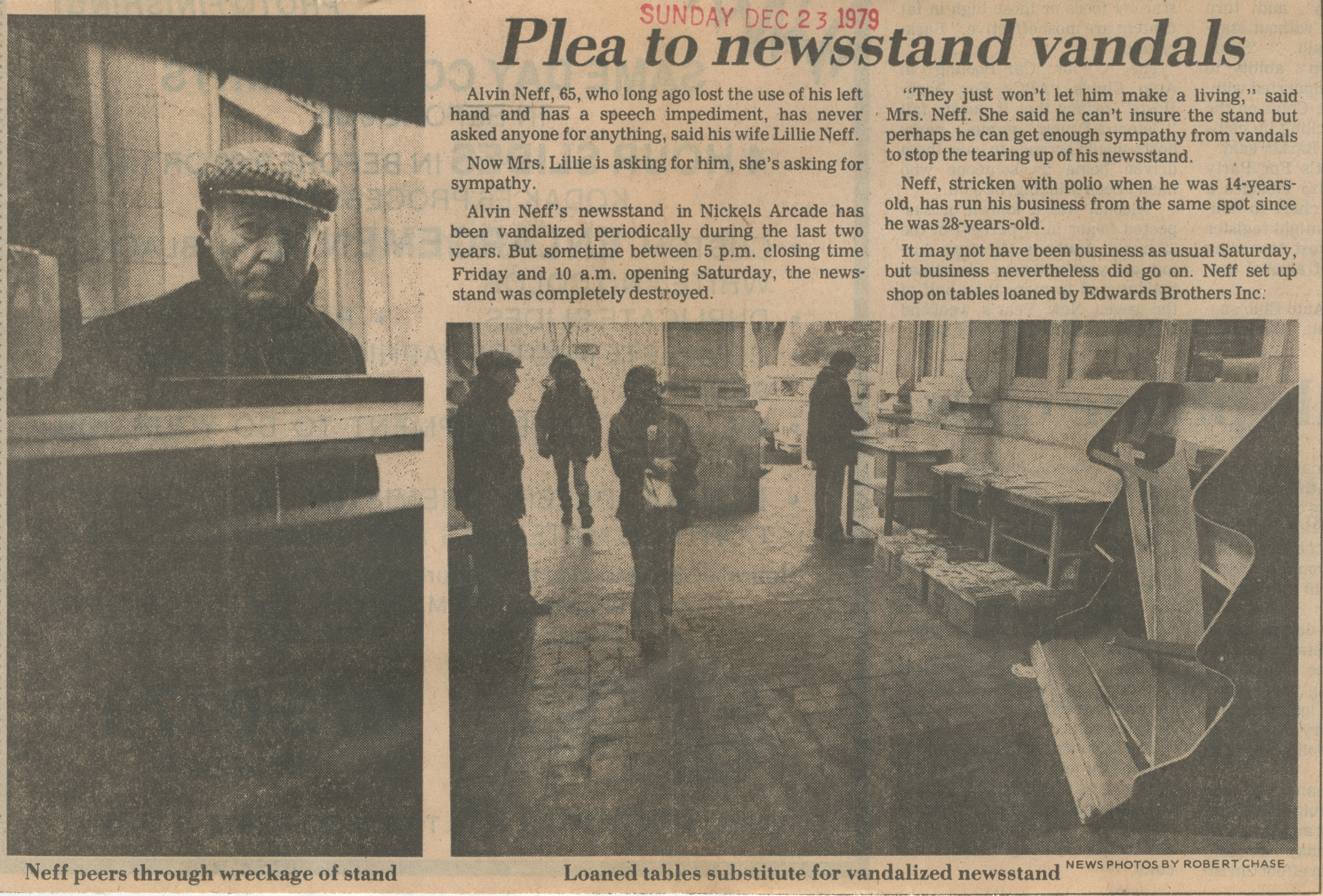 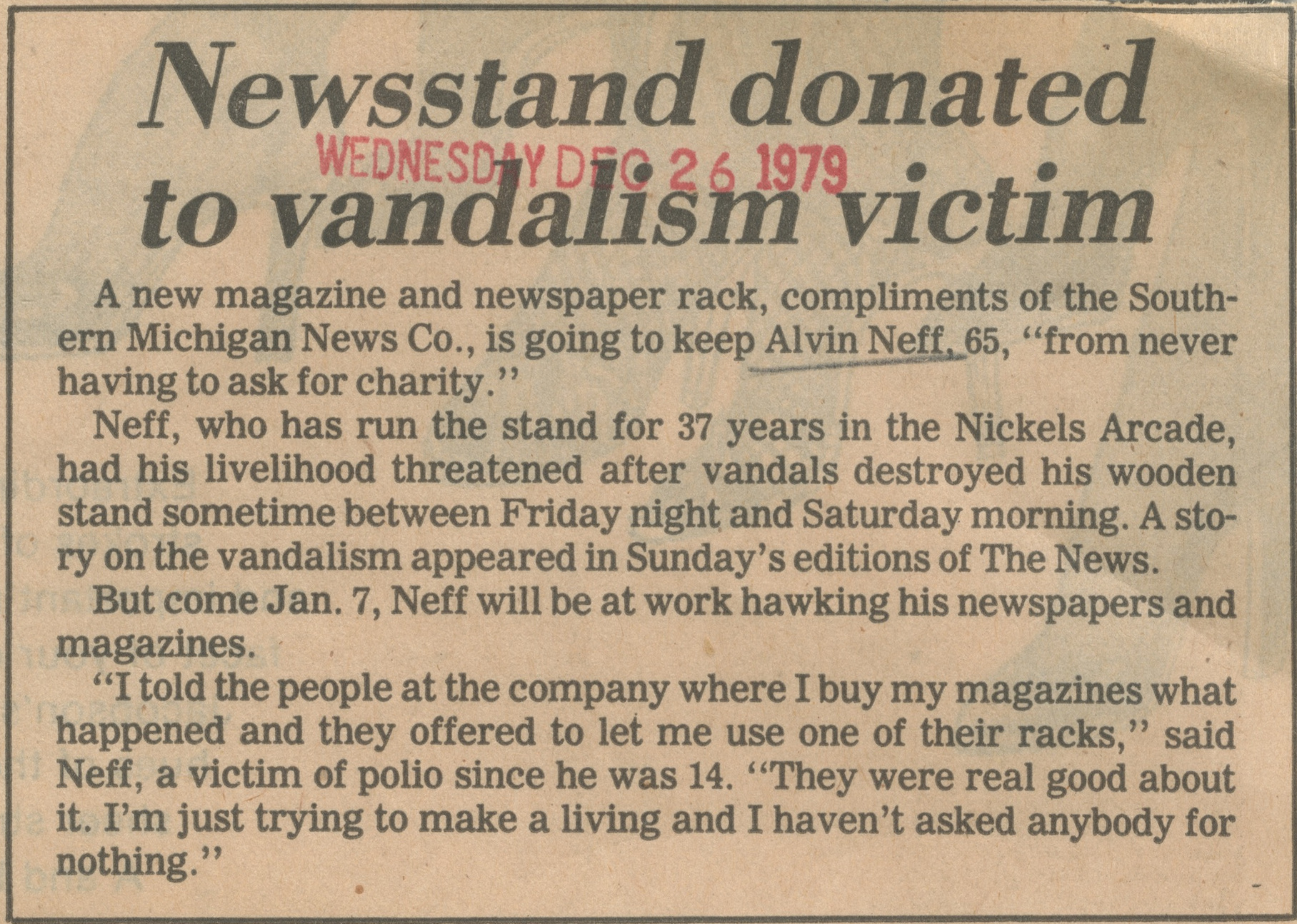 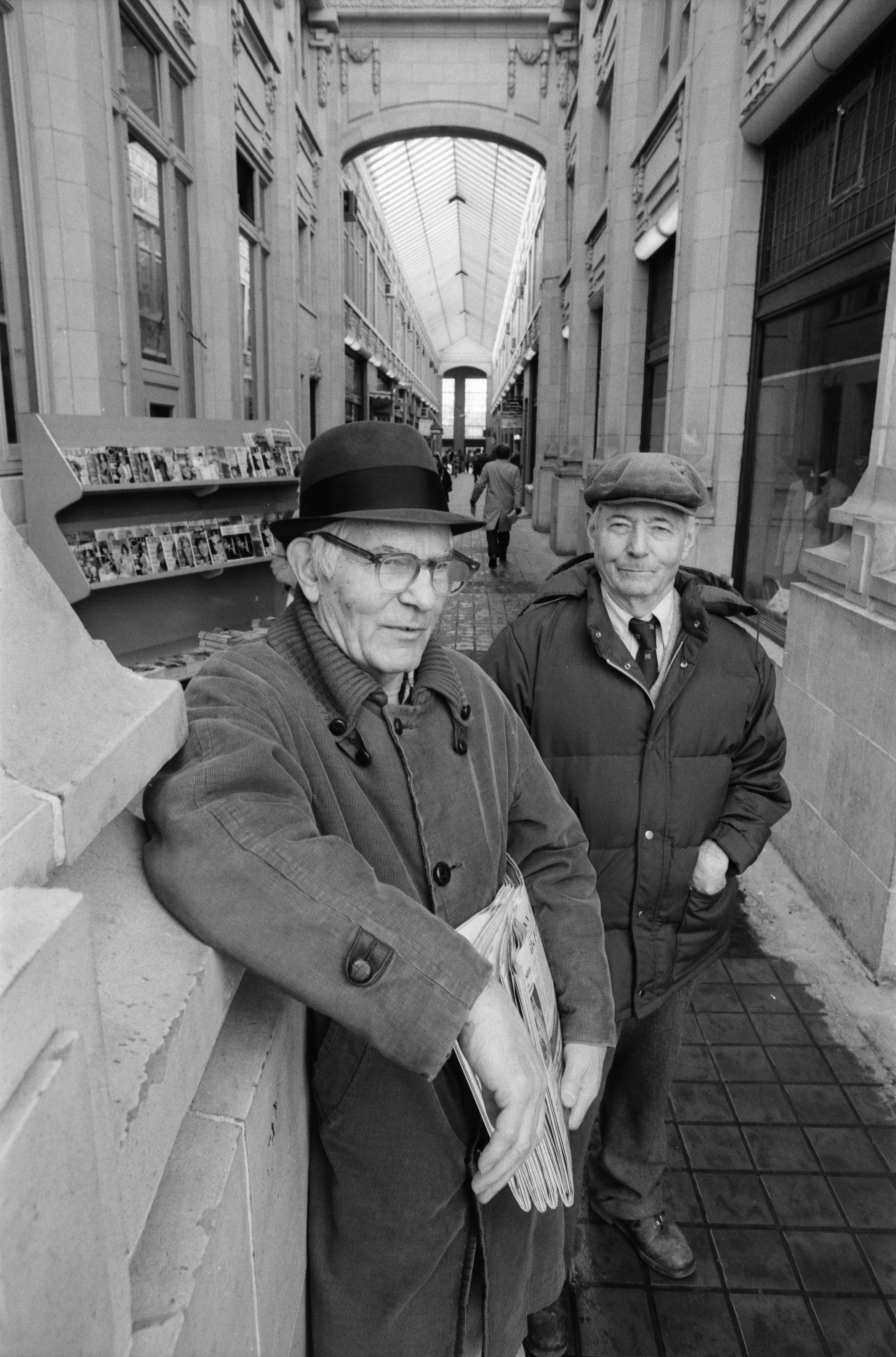 Published In
Ann Arbor News, February 16, 1982
Caption
With 50 years of service at the same location, the brothers Neff have sold a lot of newspapers and magazines. But as the above picture shows, the stand at the east end of Nickels Arcade hasn't changed much since Floyd (above) took on the newsstand in 1933. Today, in the photo at left [this photo], Floyd holds copies of the Ann Arbor News for his brother, Alvin, who has handled the business for the last 40 years.
Copyright
Copyright Protected 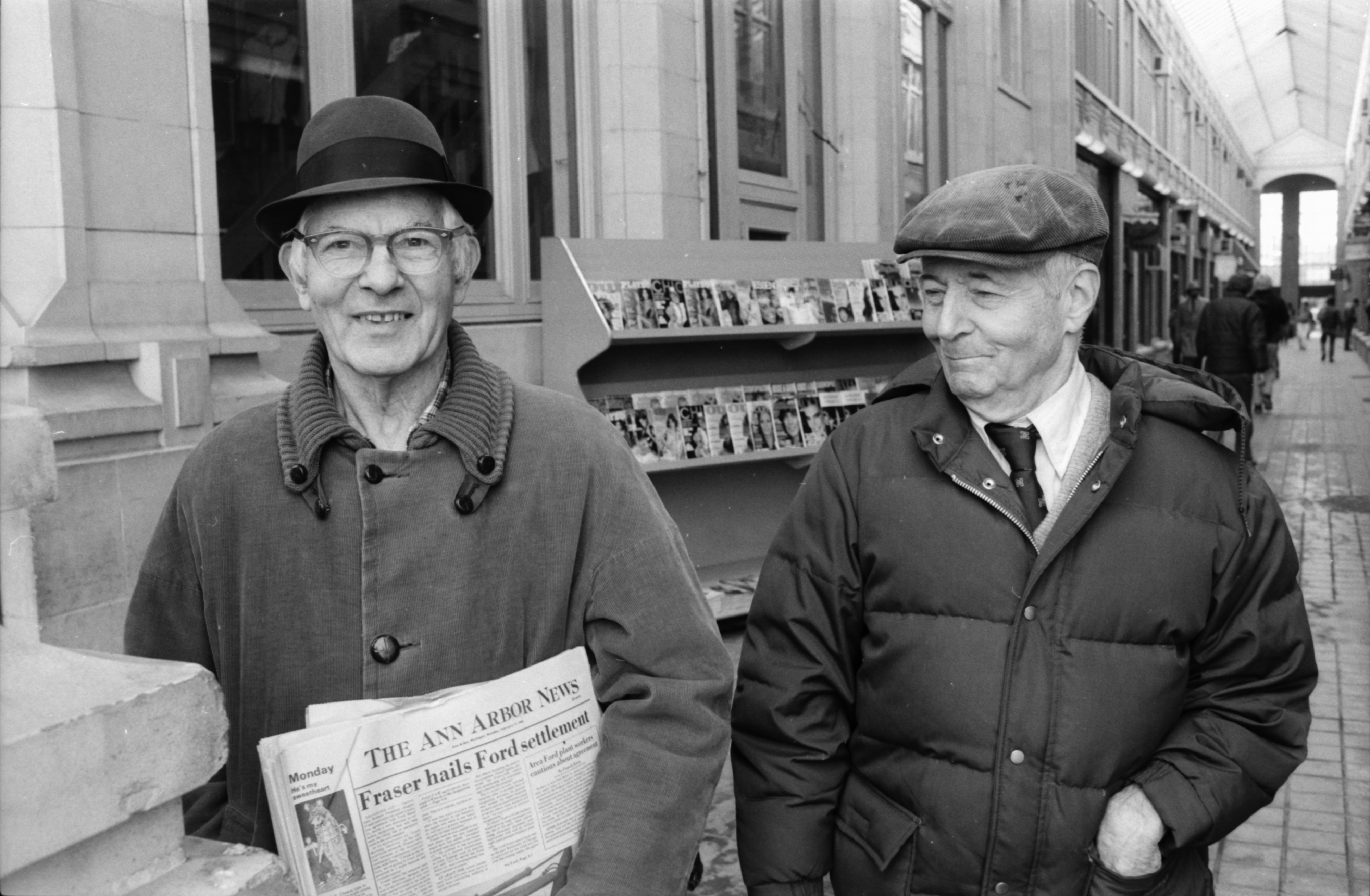 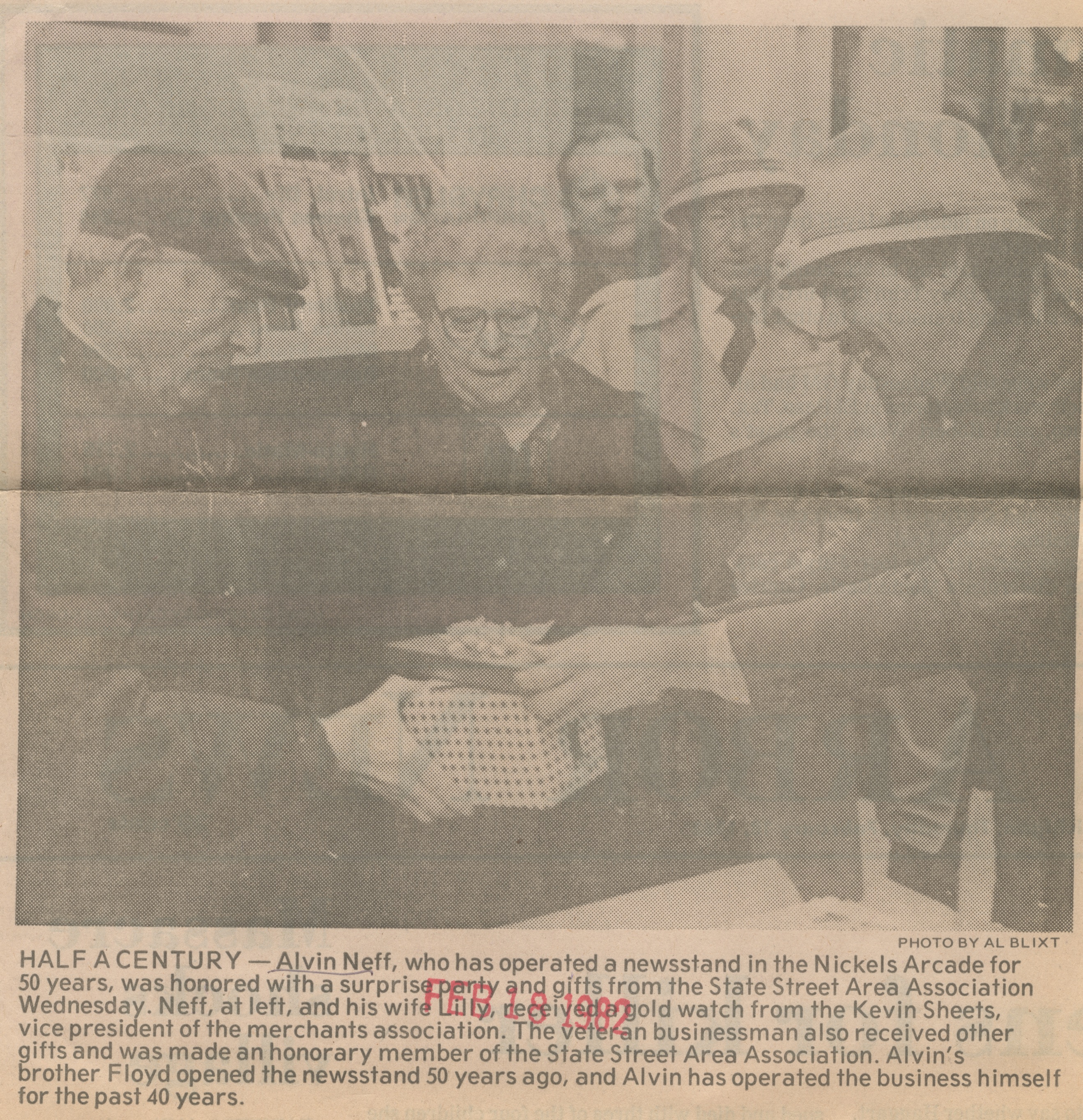