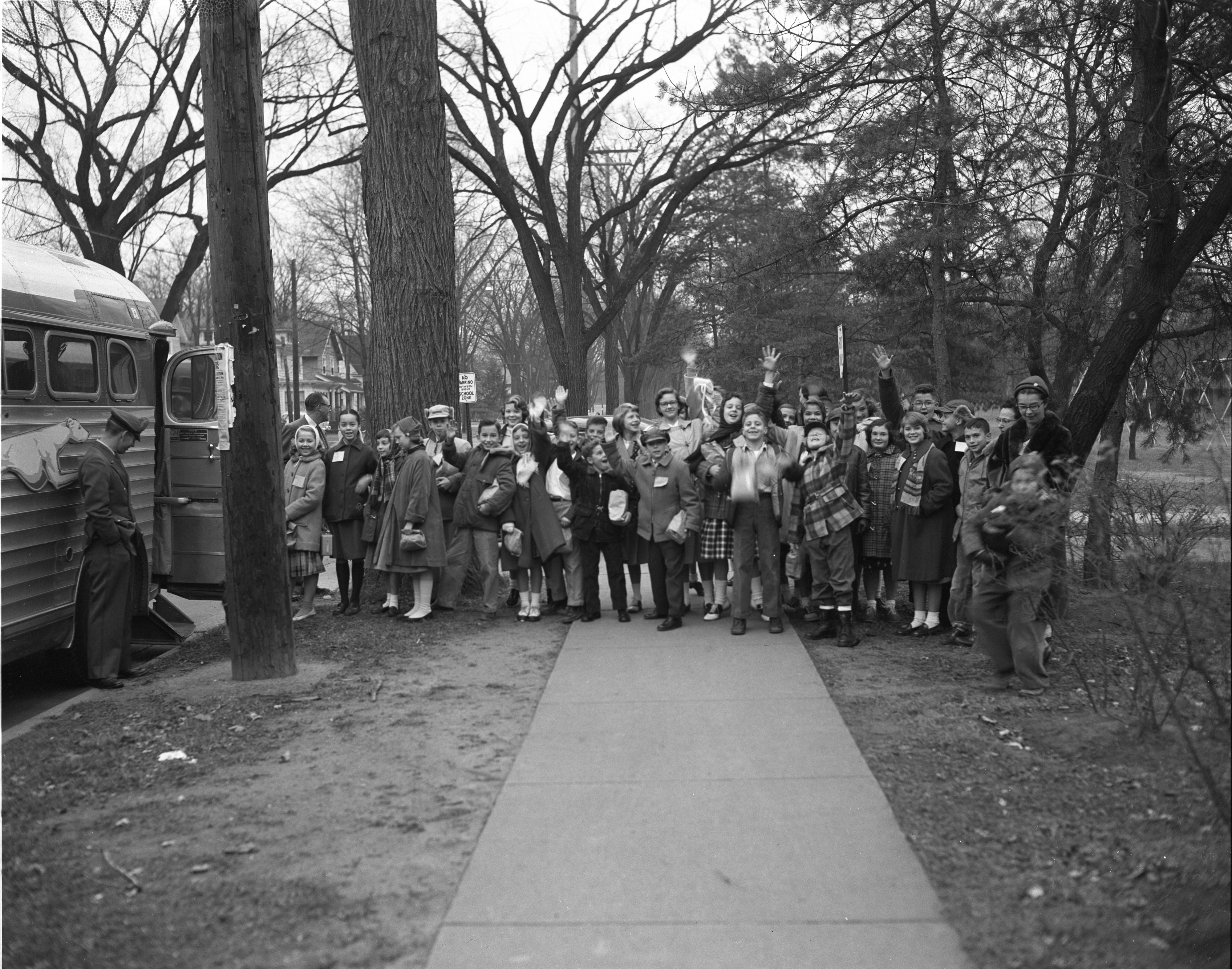 Published In
Ann Arbor News, November 20, 1956
Caption
CANADA BOUND: These 33 Burns Park sixth graders and six adults this morning boarded a bus to visit with a sixth-grade class at a Windsor, Ontario, Canada school. The pupils are from Mrs. Betty Melhuish's class, which has been studying a unit on Canada. The group was to return at 5 p.m.
Copyright
Copyright Protected 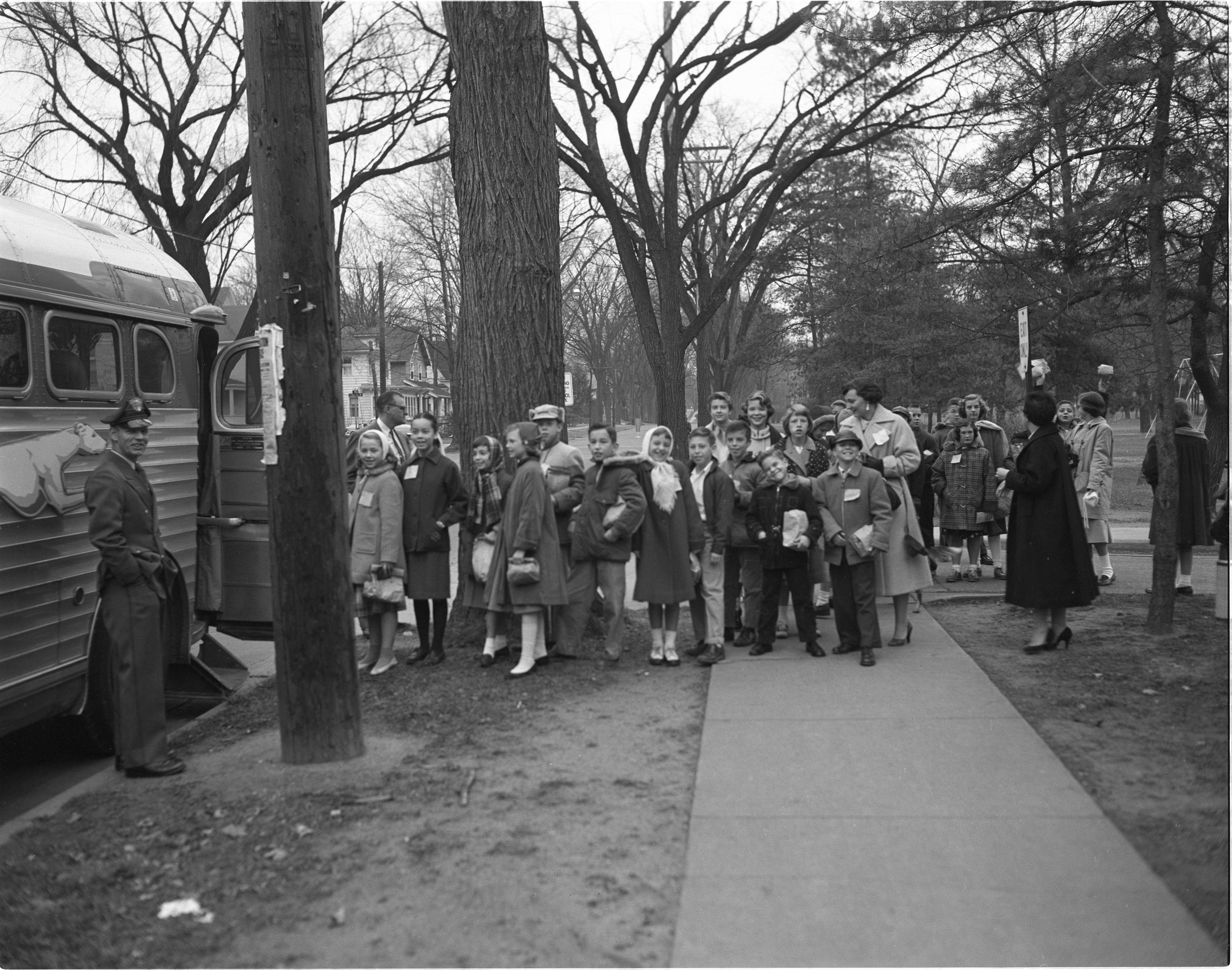 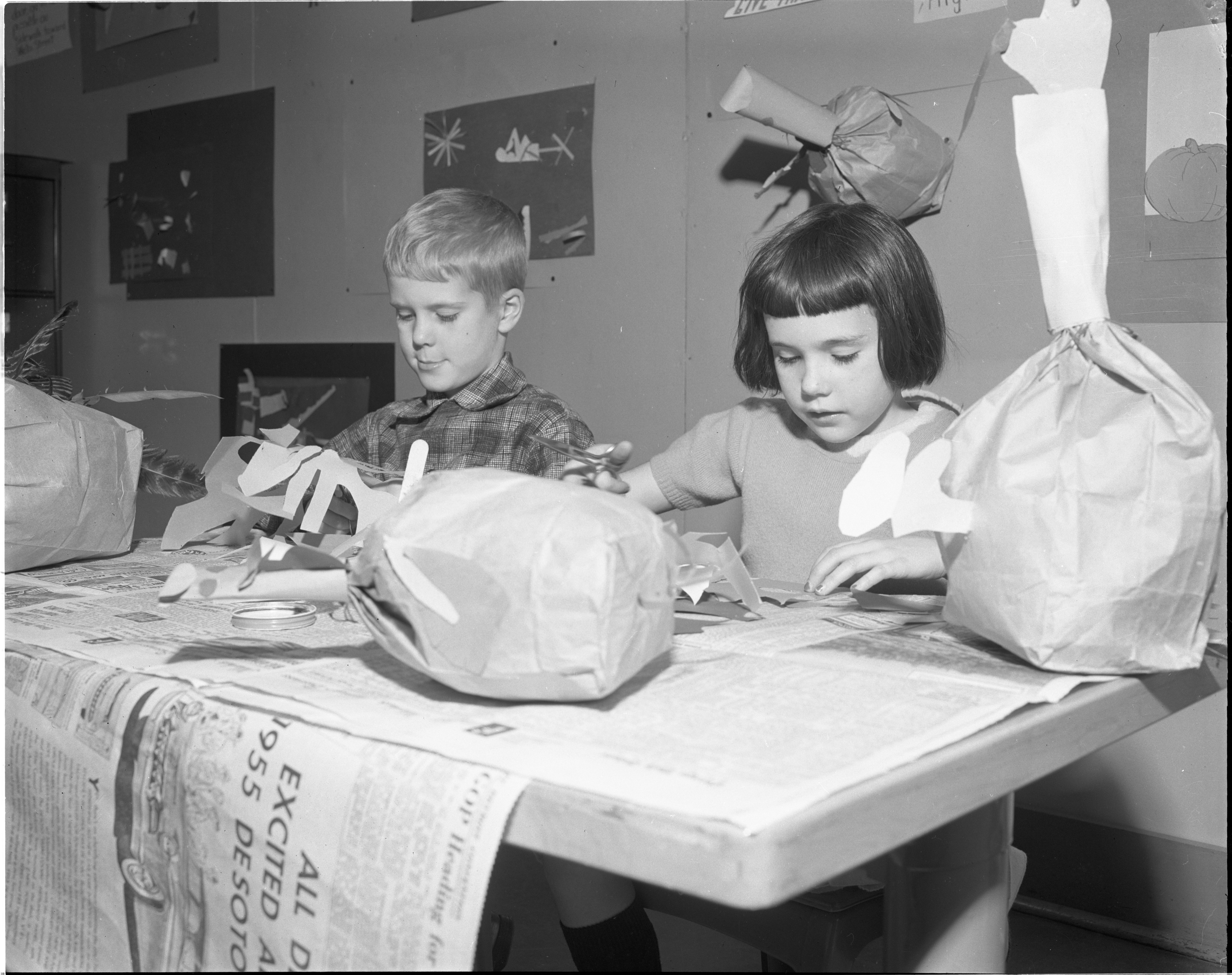 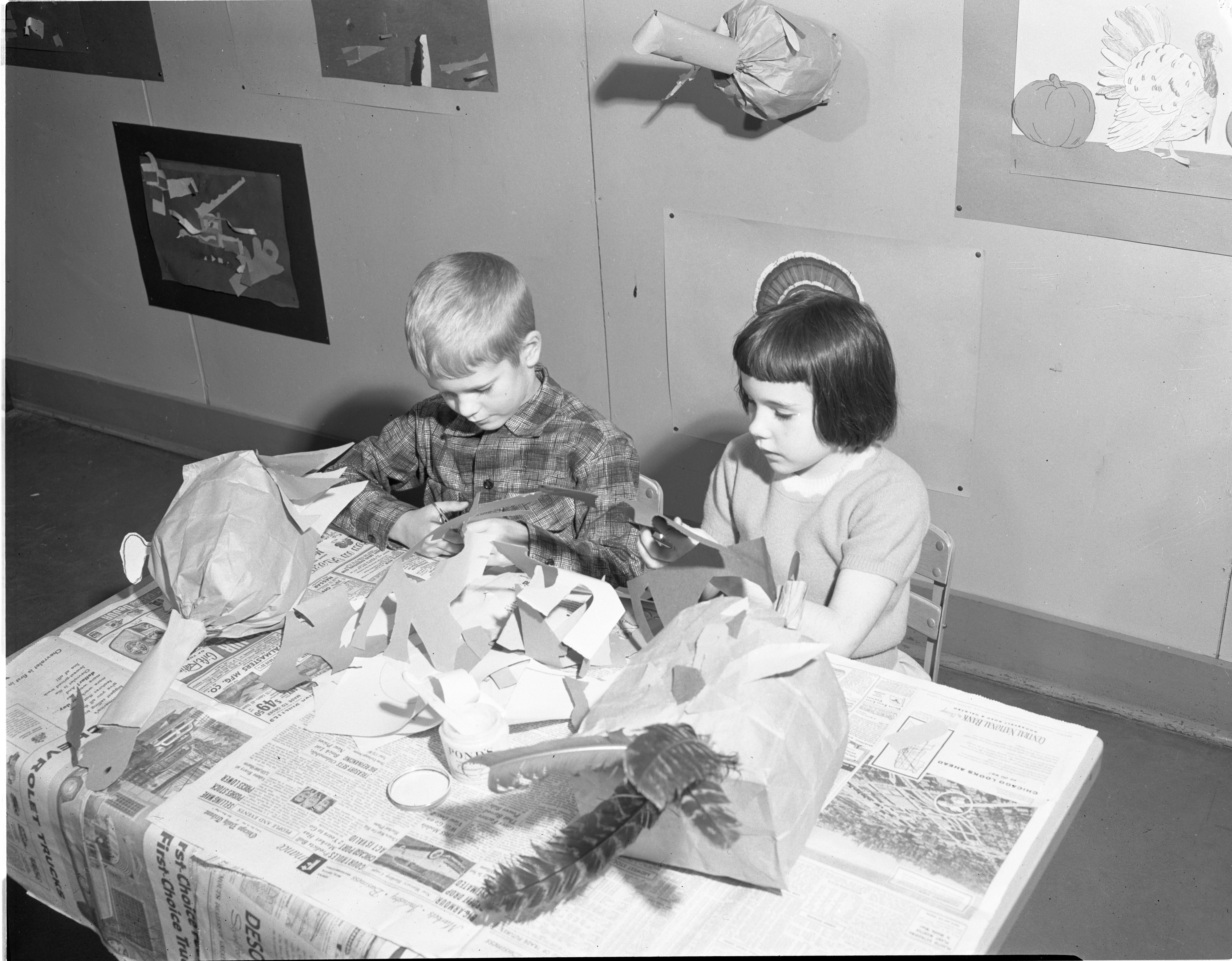 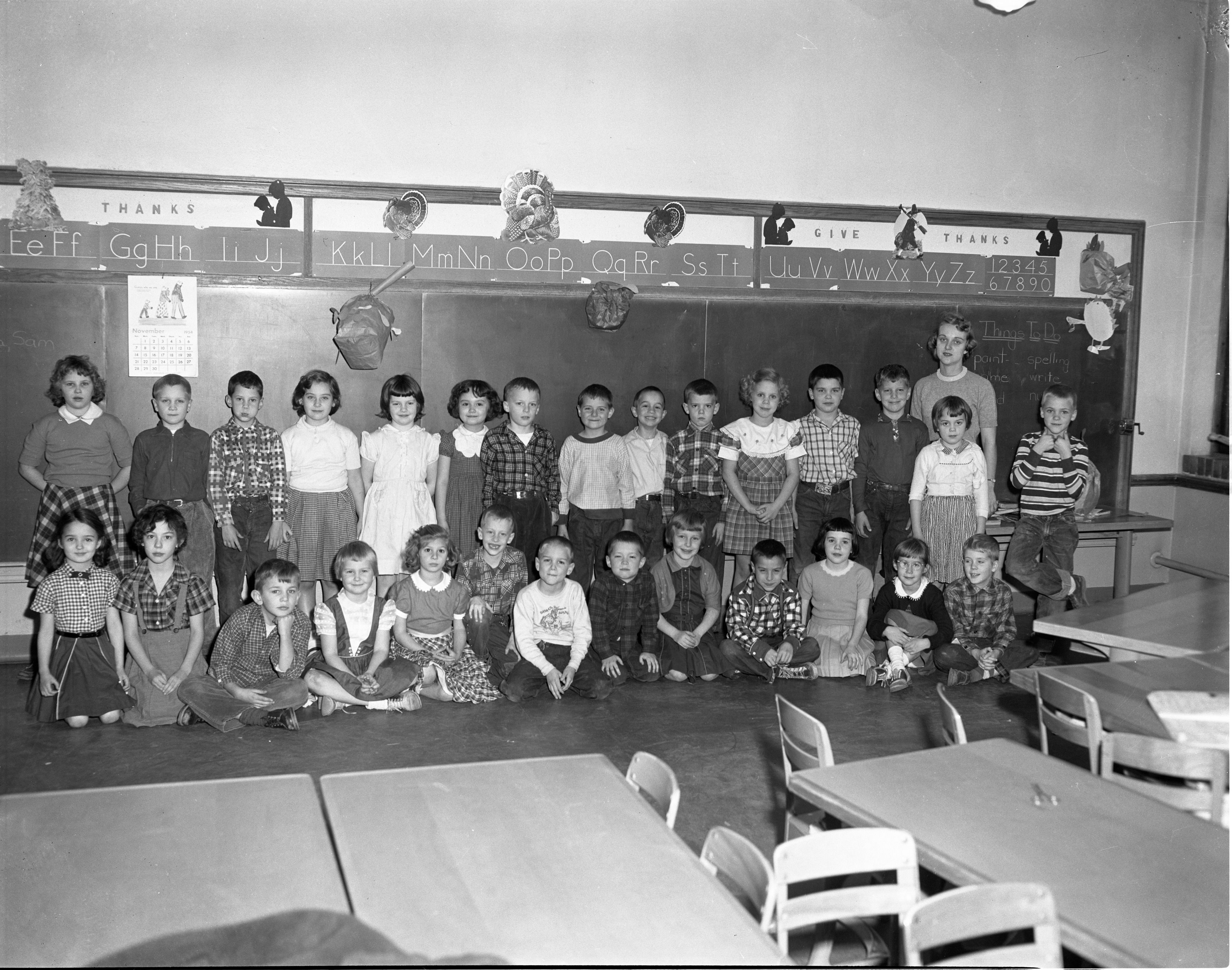 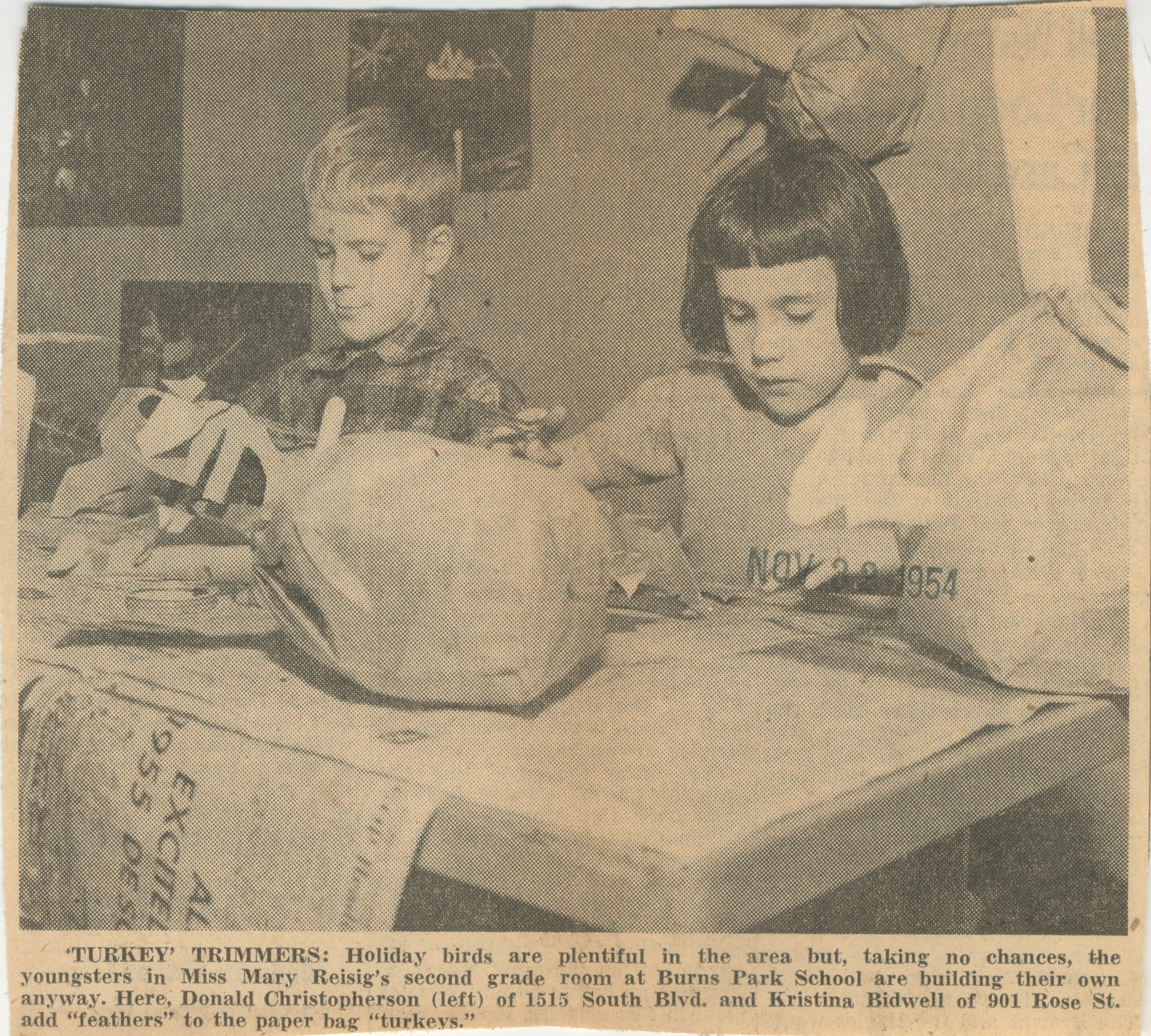 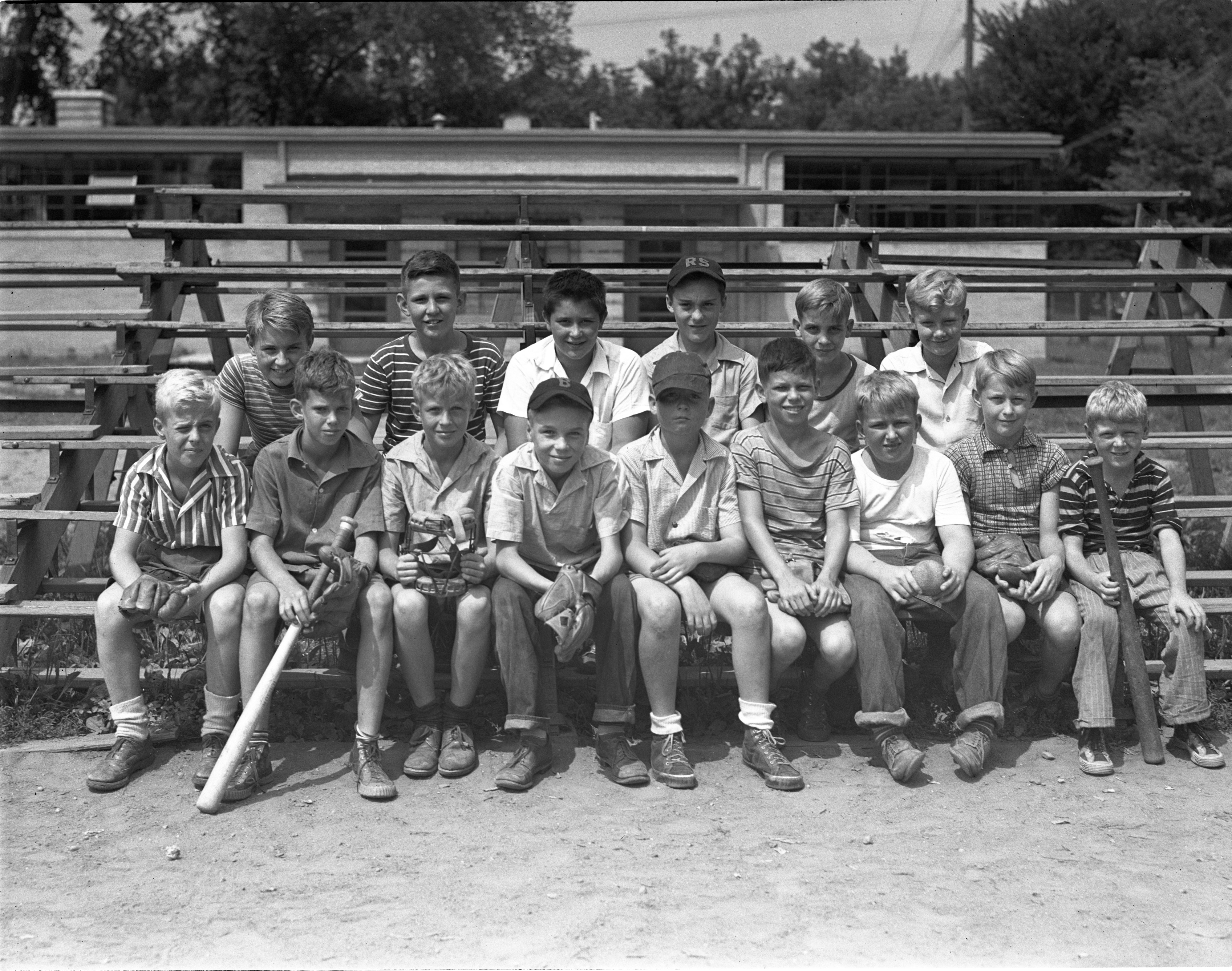 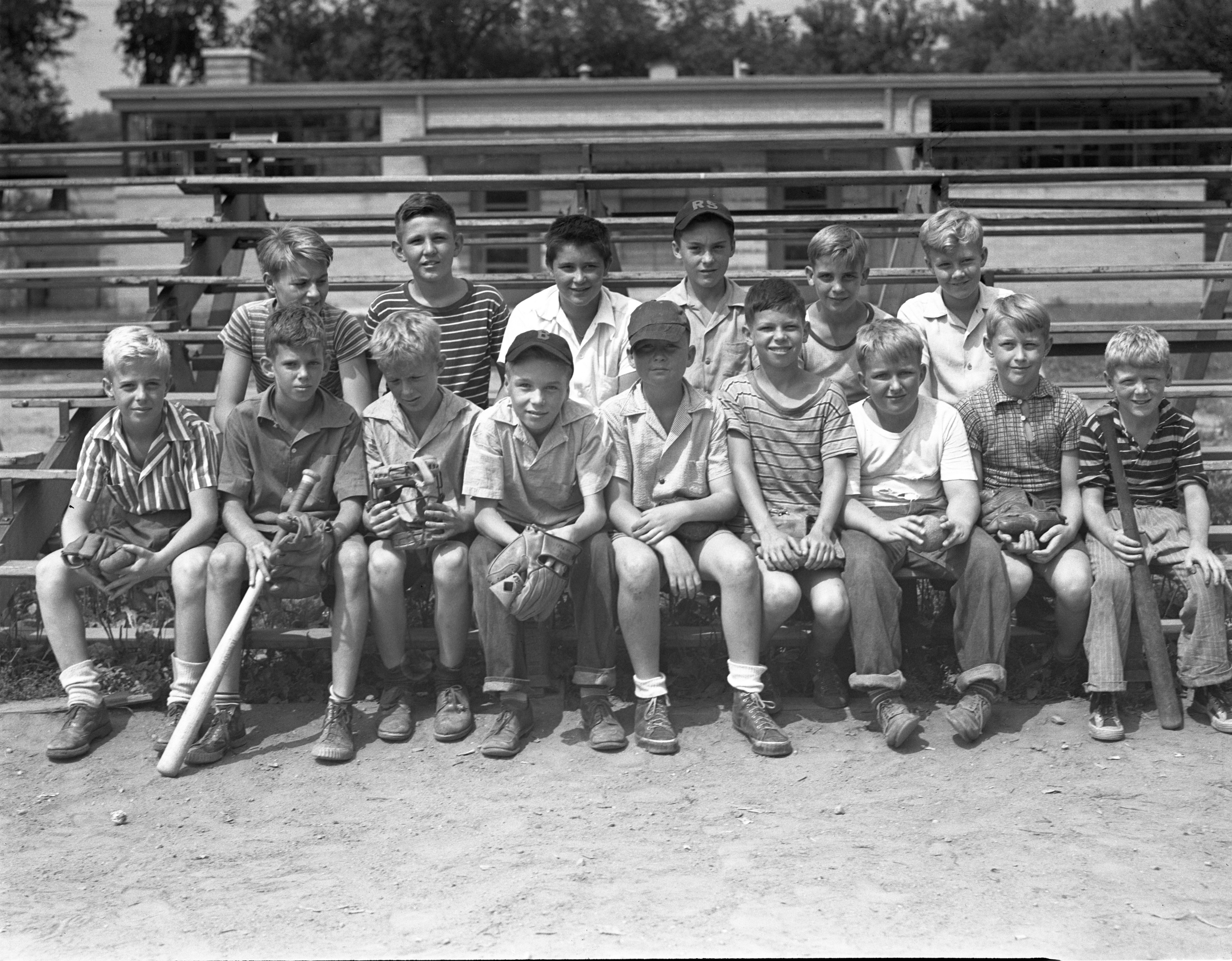 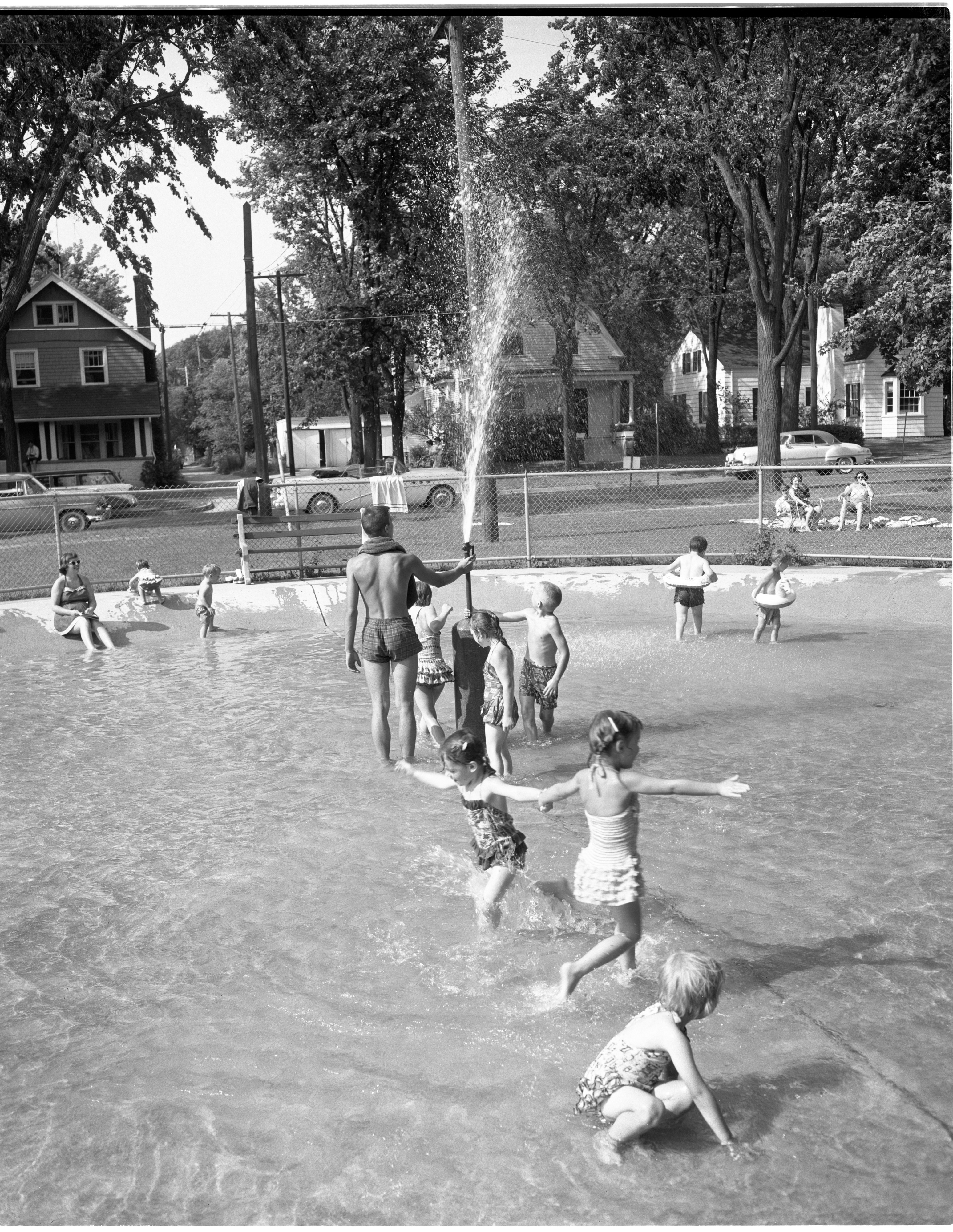 Published In
Ann Arbor News, July 26, 1956
Caption
SPLASH PARTY: One of the happiest places to be these warm days, if you happen to be of wading age, is the Burns Park pool. Here, a group of youngsters cavort delightedly as the school supervisor watches in the center. The pair in foreground seems to be dancing.
Copyright
Copyright Protected 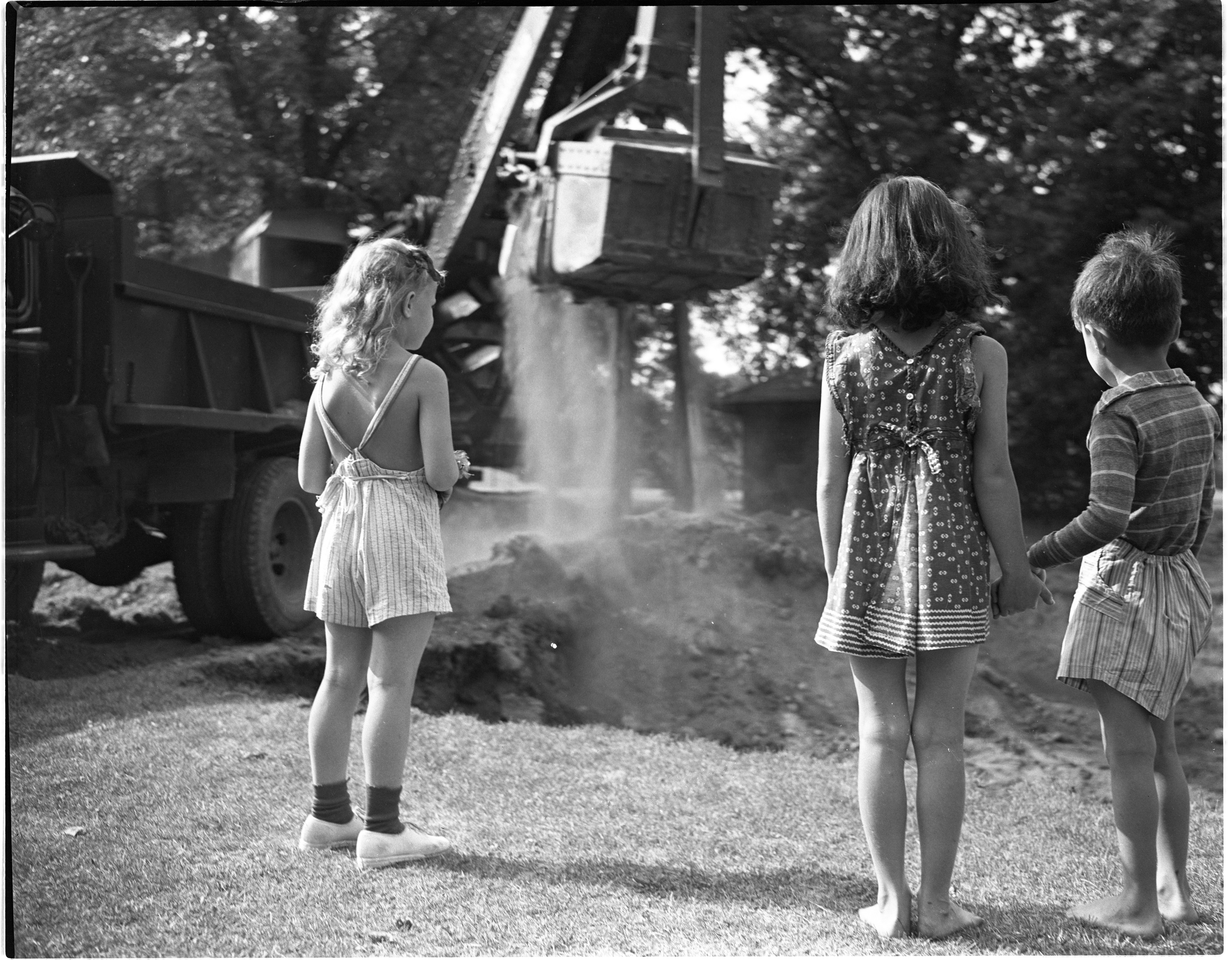 Published In
Ann Arbor News, July 6, 1944
Caption
WHY THE DELAY? "Time flies," think Gretchen Slenger (left), of 4 Fair Oaks Pkwy., and Sharen and Harry Kelly, of 1158 Baldwin Ave., as they wait impatiently while the power shovel prepares the wading pool at Burns Park. The wading pool is being constructed as a civic project at the expense of the Ann Arbor Kiwanis Club, as is another pool at West Side Park. The pools will serve to relieve the no-swimming situation Ann Arbor kiddies have come to realize since the pollution of the Huron river due to war-created sewage conditions at Dexter.
Copyright
Copyright Protected
Subscribe to Burns Park Neighborhood