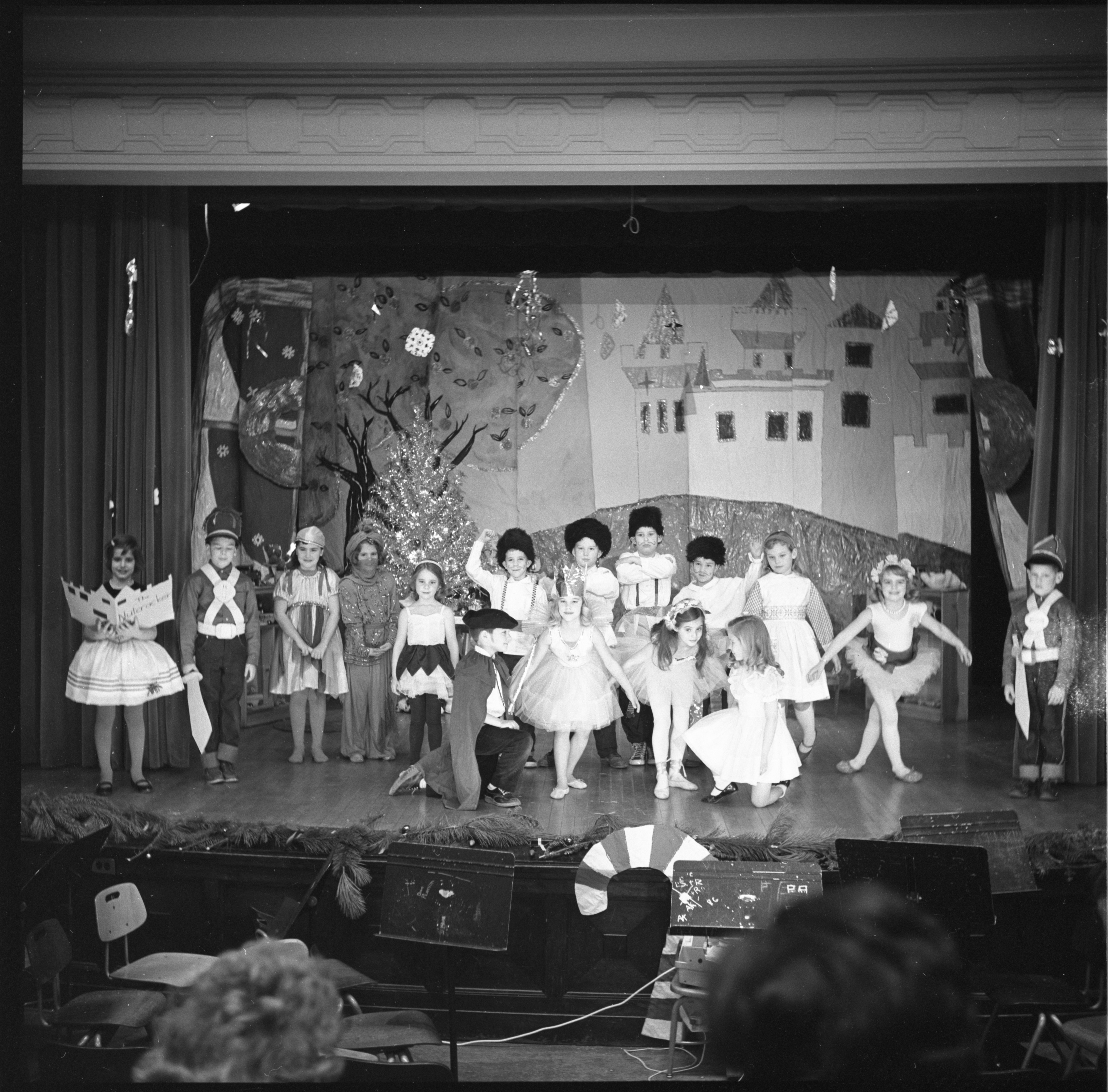 Published In
Ann Arbor News, December 20, 1962
Caption
MERRY MAKE BELIEVE: Under the direction of Mrs. Sander Lehrer, student teacher at the University Elementary School, the second grade pupils staged a special arrangement of "The Nutcracker Suite." Two performances were given, one yesterday and one Tuesday evening at the school, of the Christmas musical play which was adapted from Tchaikovsky's instrumental score and the old story of The Nutcracker. The lyrics were a combination of original writing by Mrs. Lehrer and Miss Sue Lubin, and adaptations were from a score by Fred Waring. The scenery was designed by Miss Lubin and executed by the children of Mrs. Fred Vescolani's second grade class. Miss Sue Mandell selected and edited the music, and Mrs. Lehrer contributed the original choreography for four dance numbers. Instrumental backing was provided by the sixth grade orchestra under the direction of Charles Kern, supervisor of the school's instrumental music. The pupils of Mrs. Irene Tejada's art class produced the panorama for the production.
Copyright
Copyright Protected 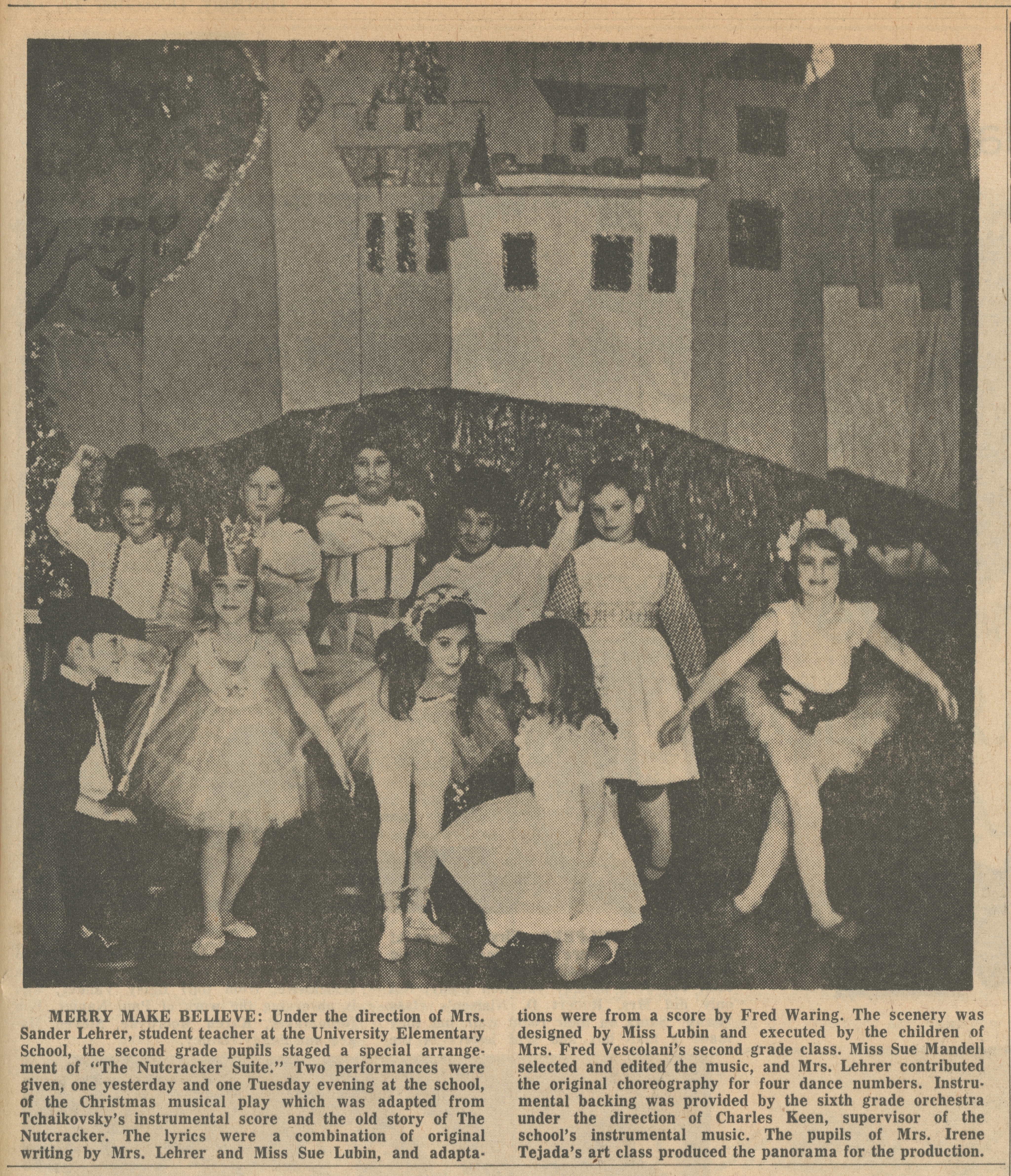