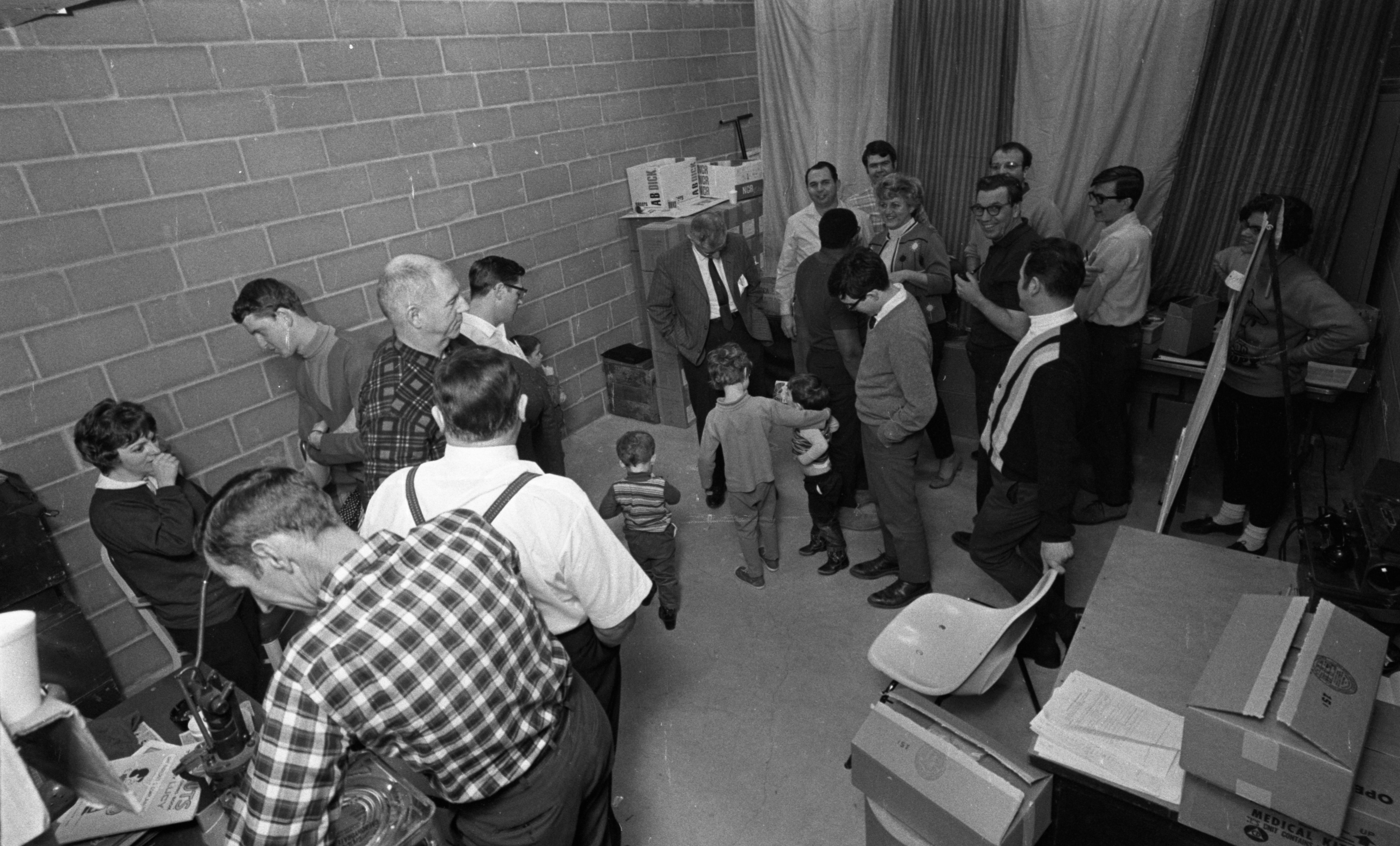 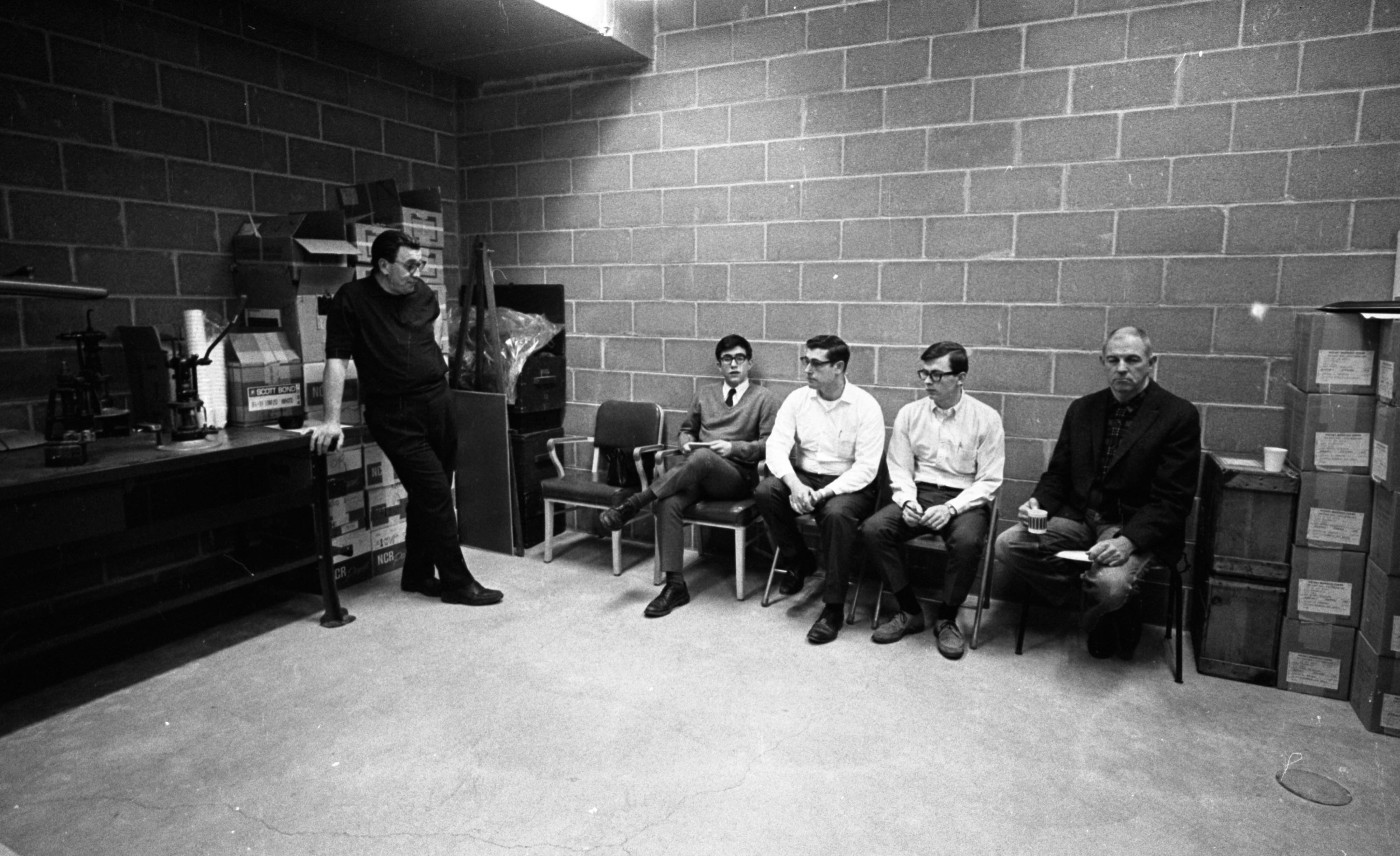 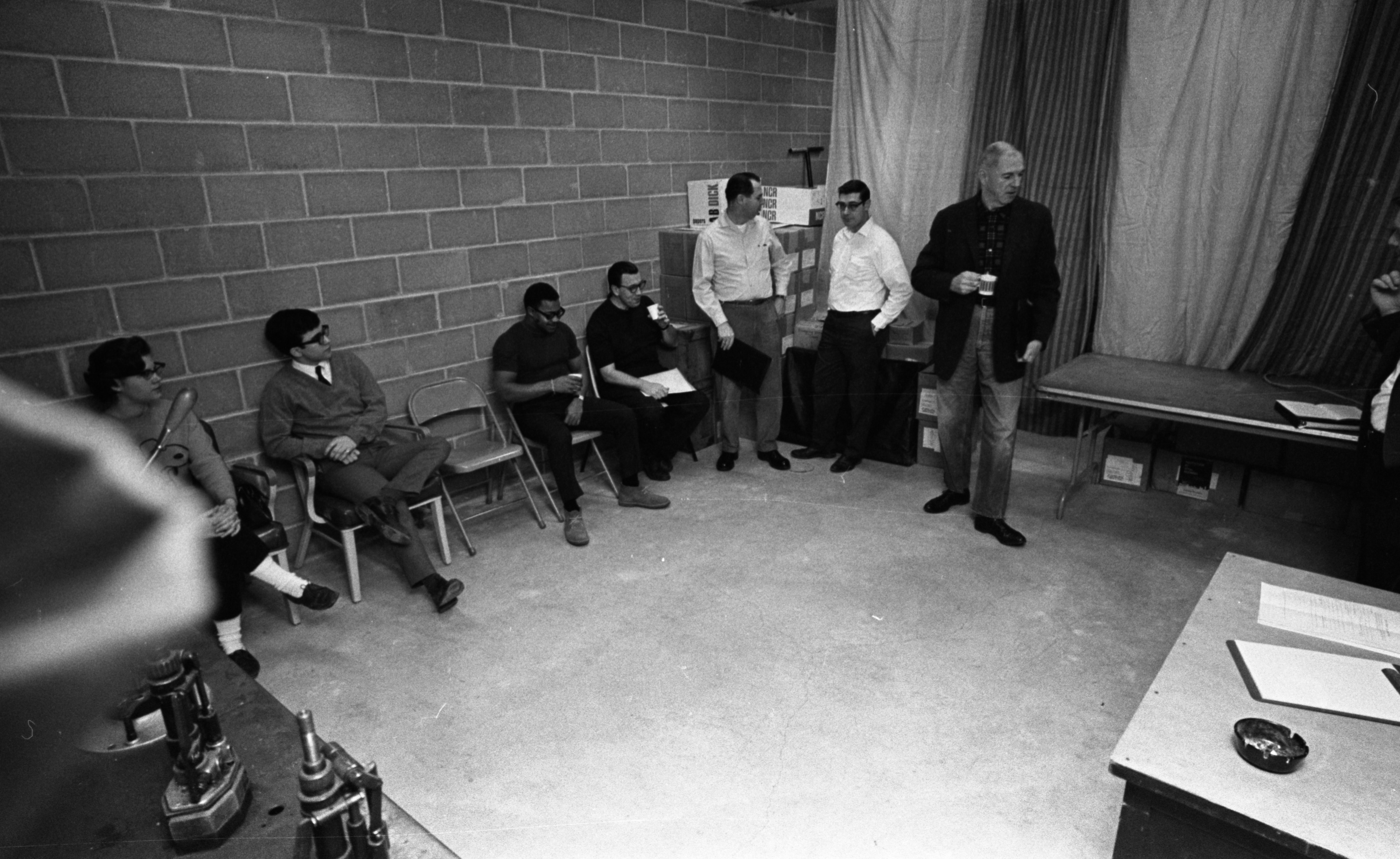 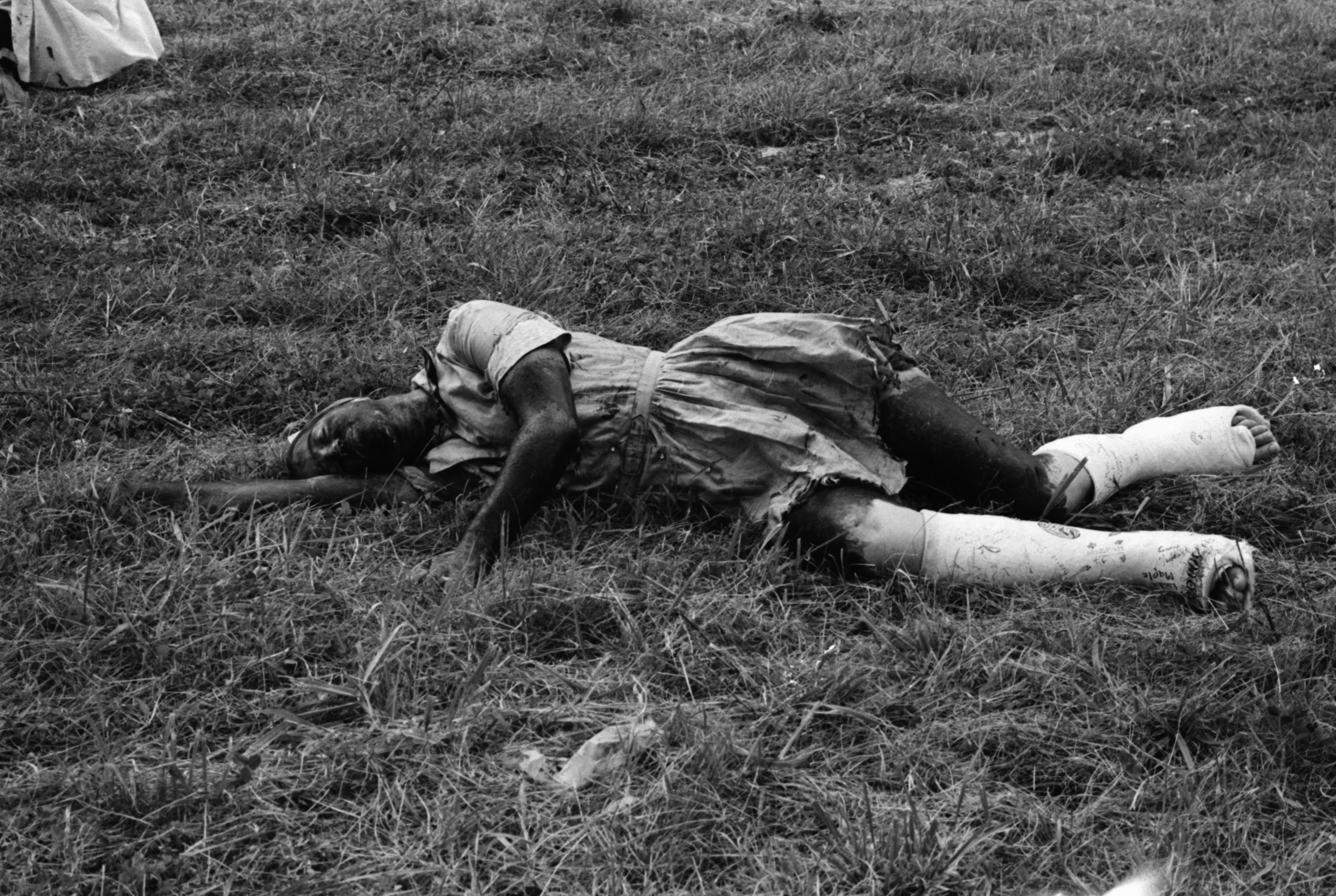 Published In
Ann Arbor News, September 20, 1968
Caption
Volunteer Adds Realism To Exercise: This girl, Kim Givens, a student at Pioneer High School, is the only person who has not fully recovered from Wednesday's Civil Defense disaster drill. Kim volunteered to portray a badly burned woman in a mock industrial explosion and fire staged in an open field north of Huron High School off Fuller Rd. Many observers assumed the casts on her legs were part of the makeup applied to volunteers to simulate injuries, but it was pointed out today that the casts represented real injuries. Kim recently underwent surgery on both legs and her casts gave some authenticity to the drill.
Copyright
Copyright Protected 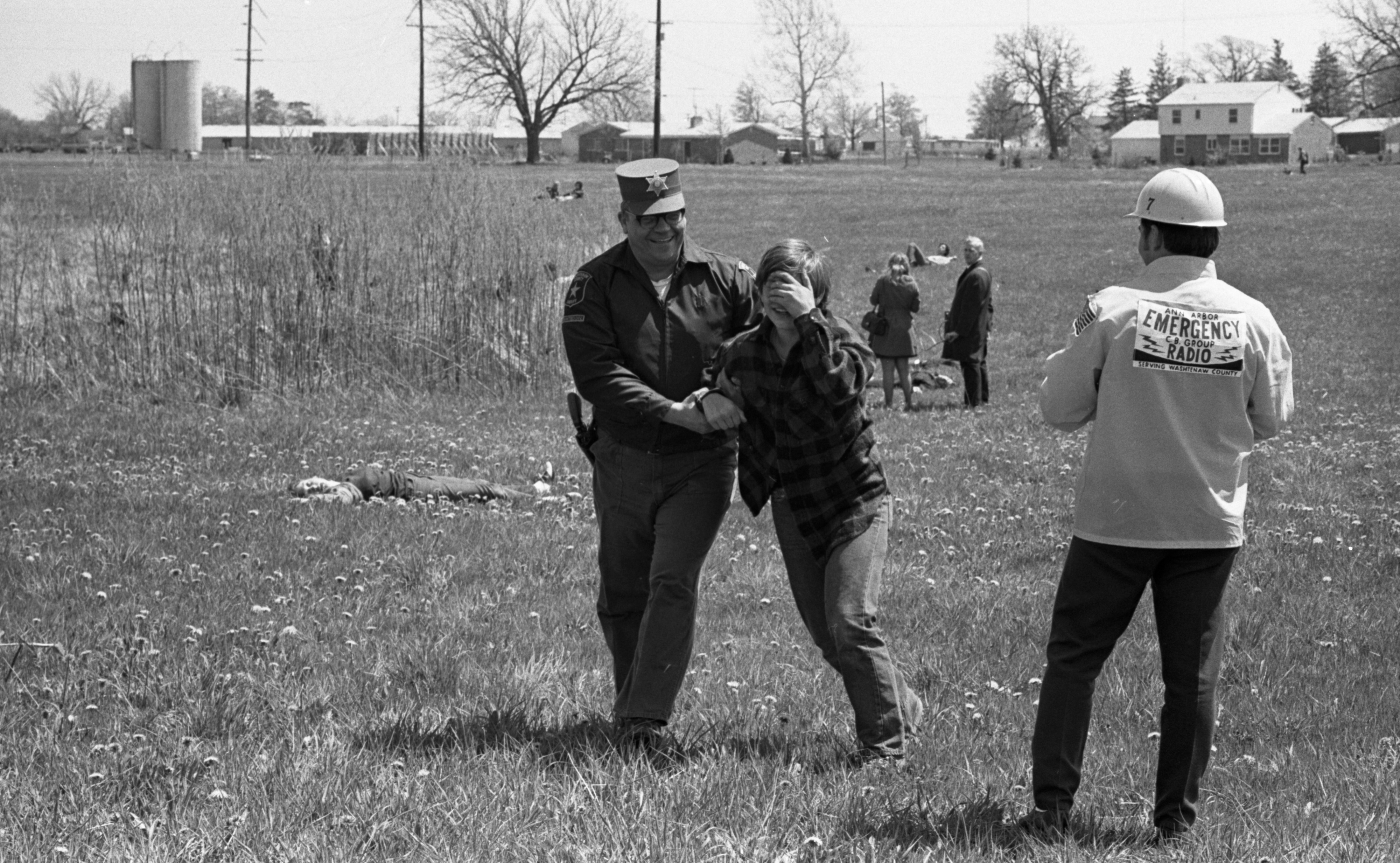 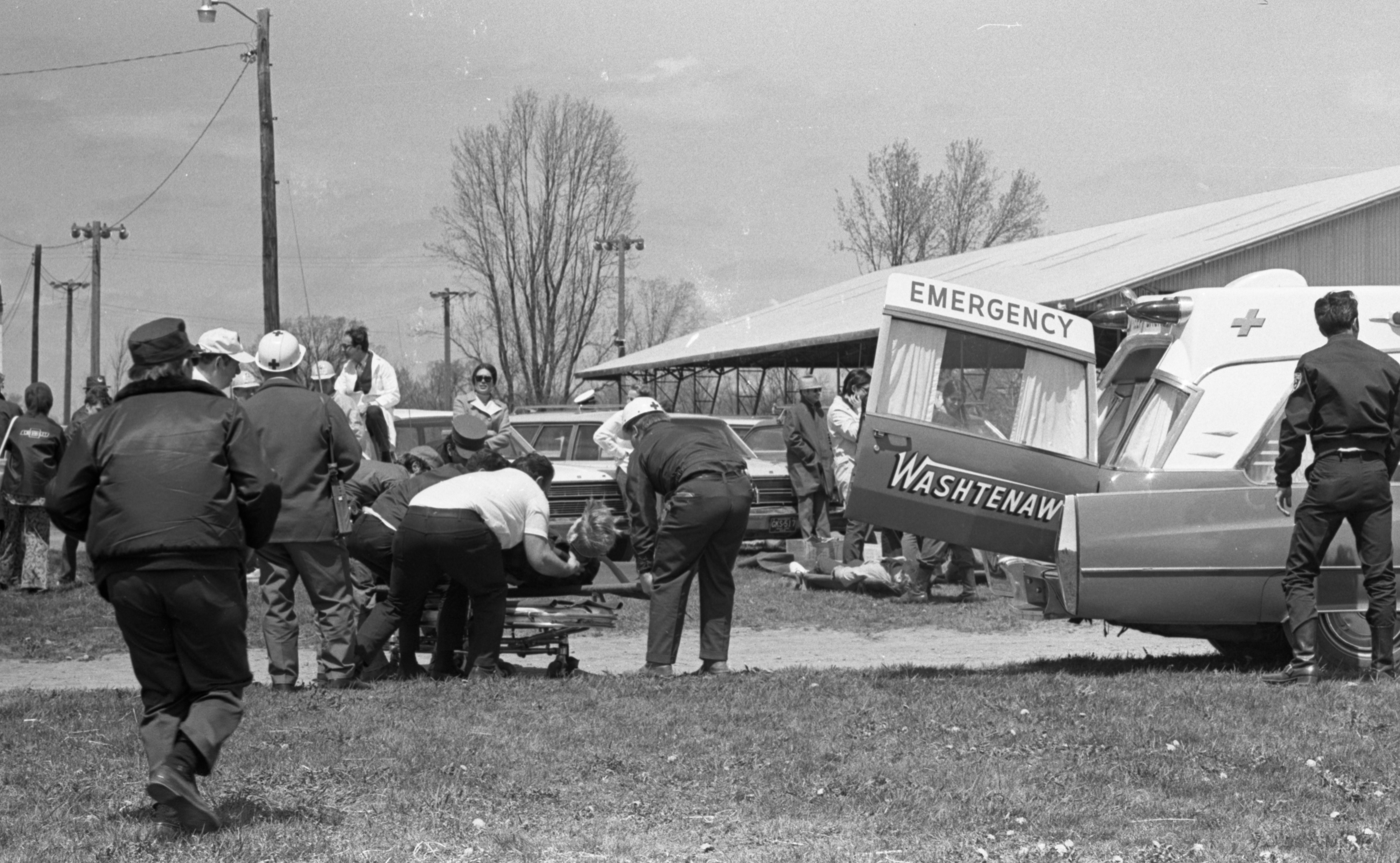 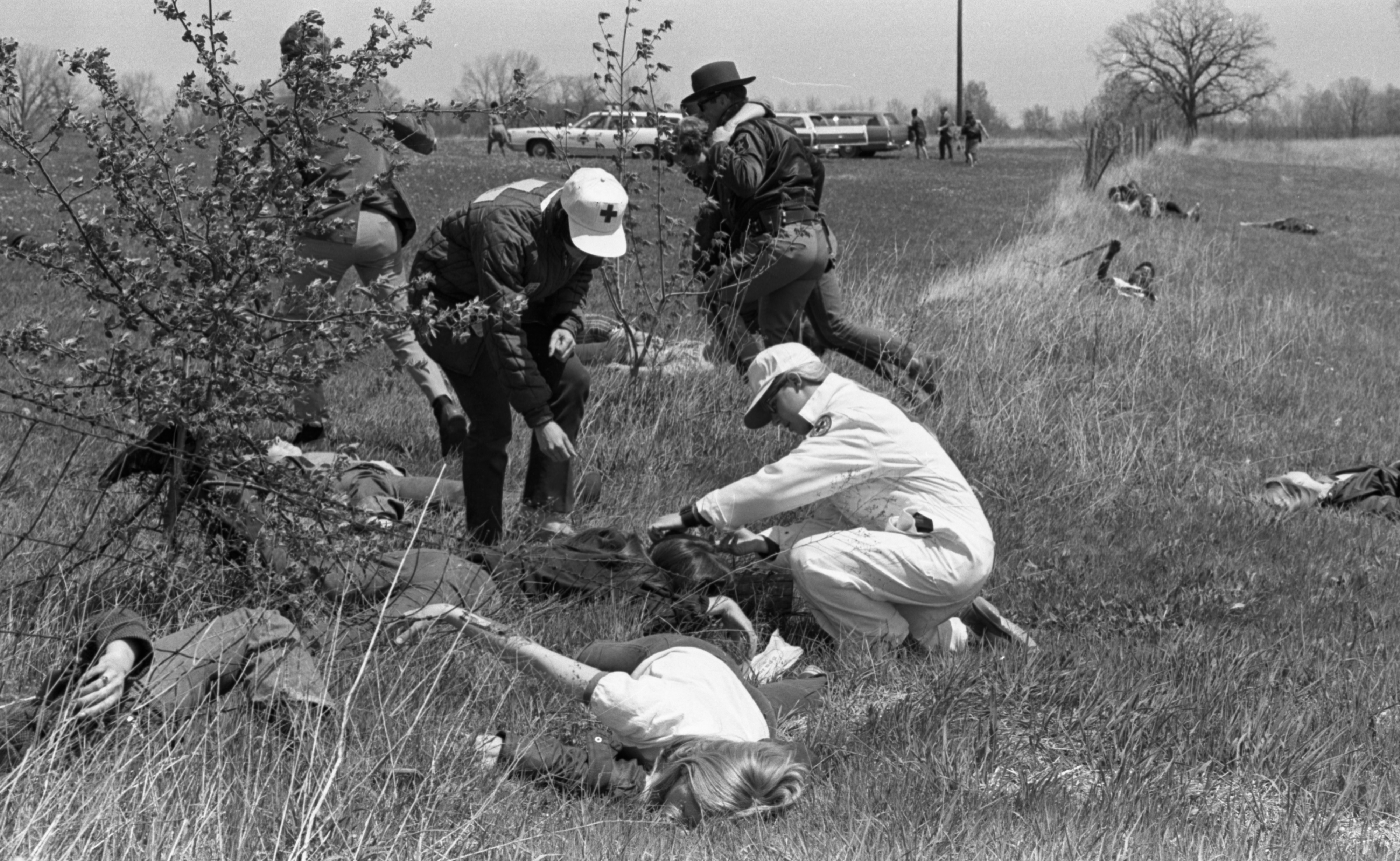 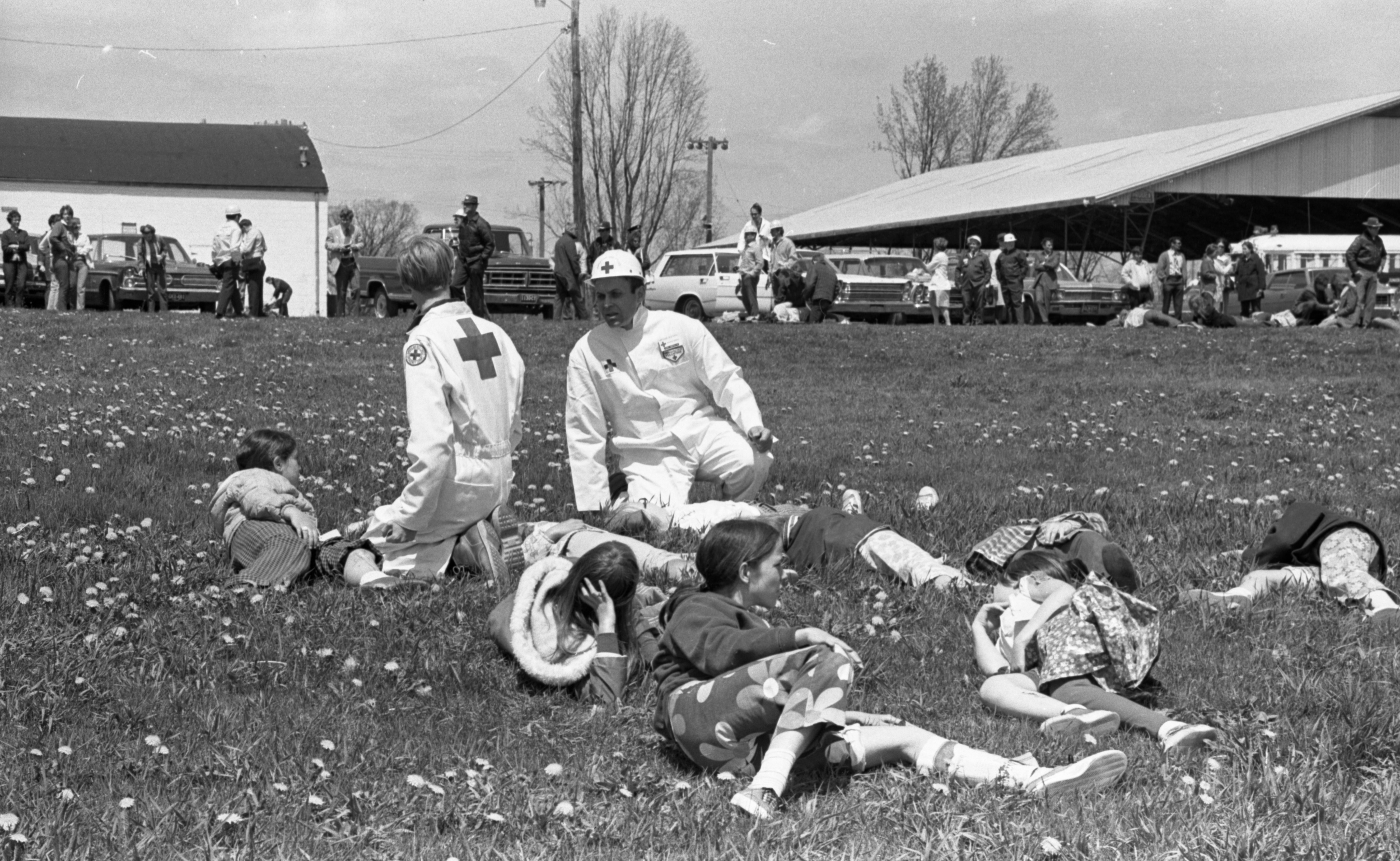 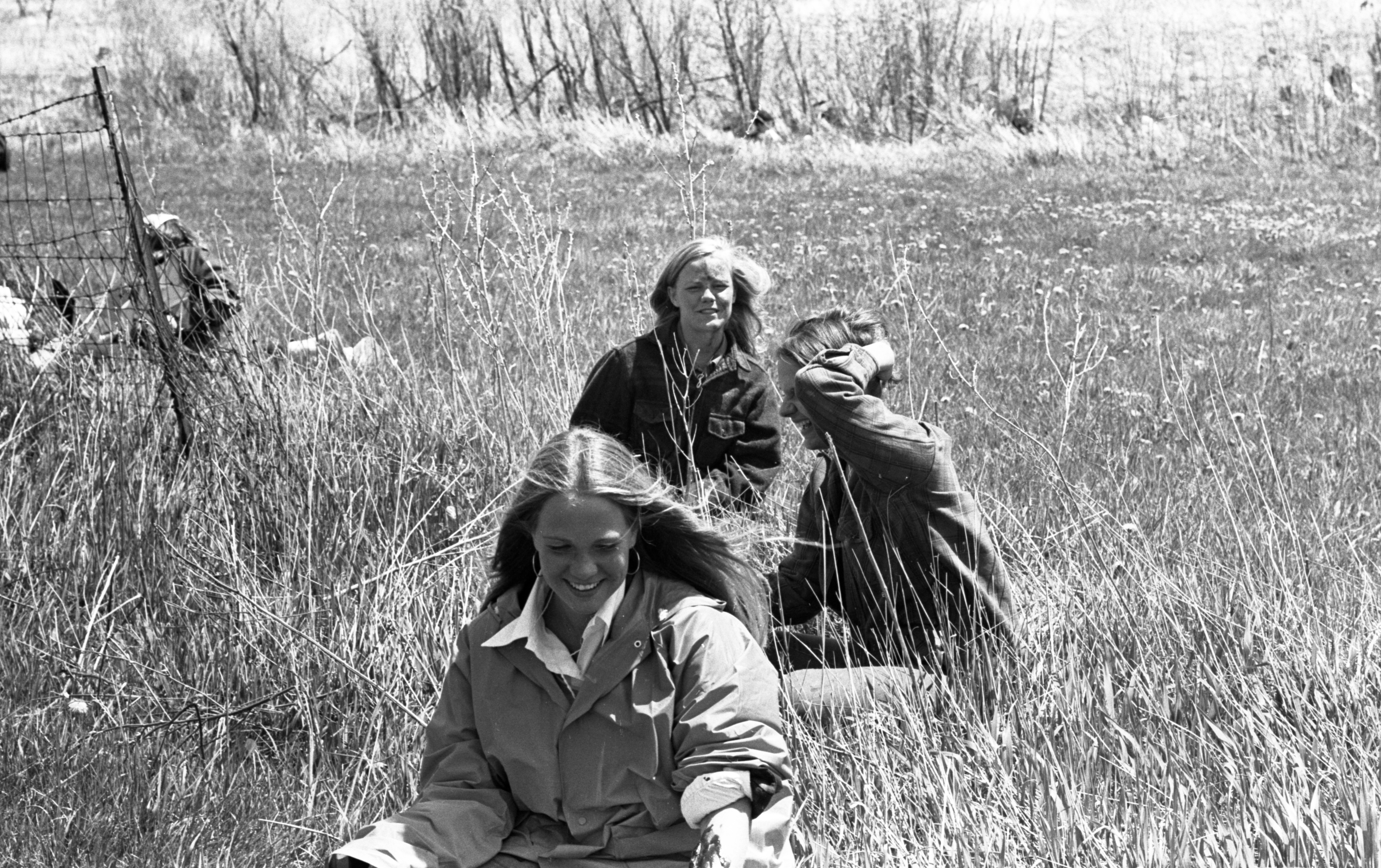 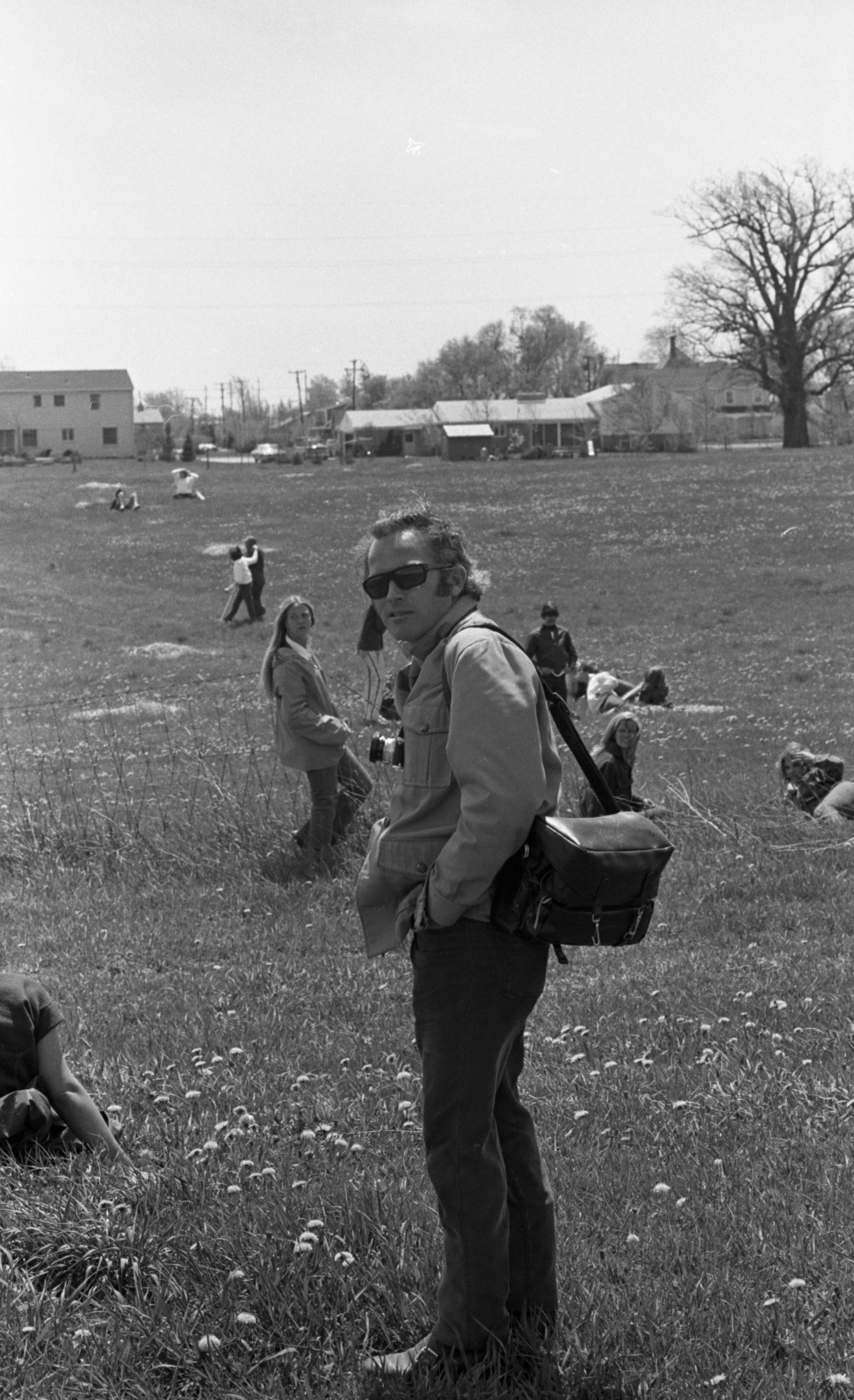