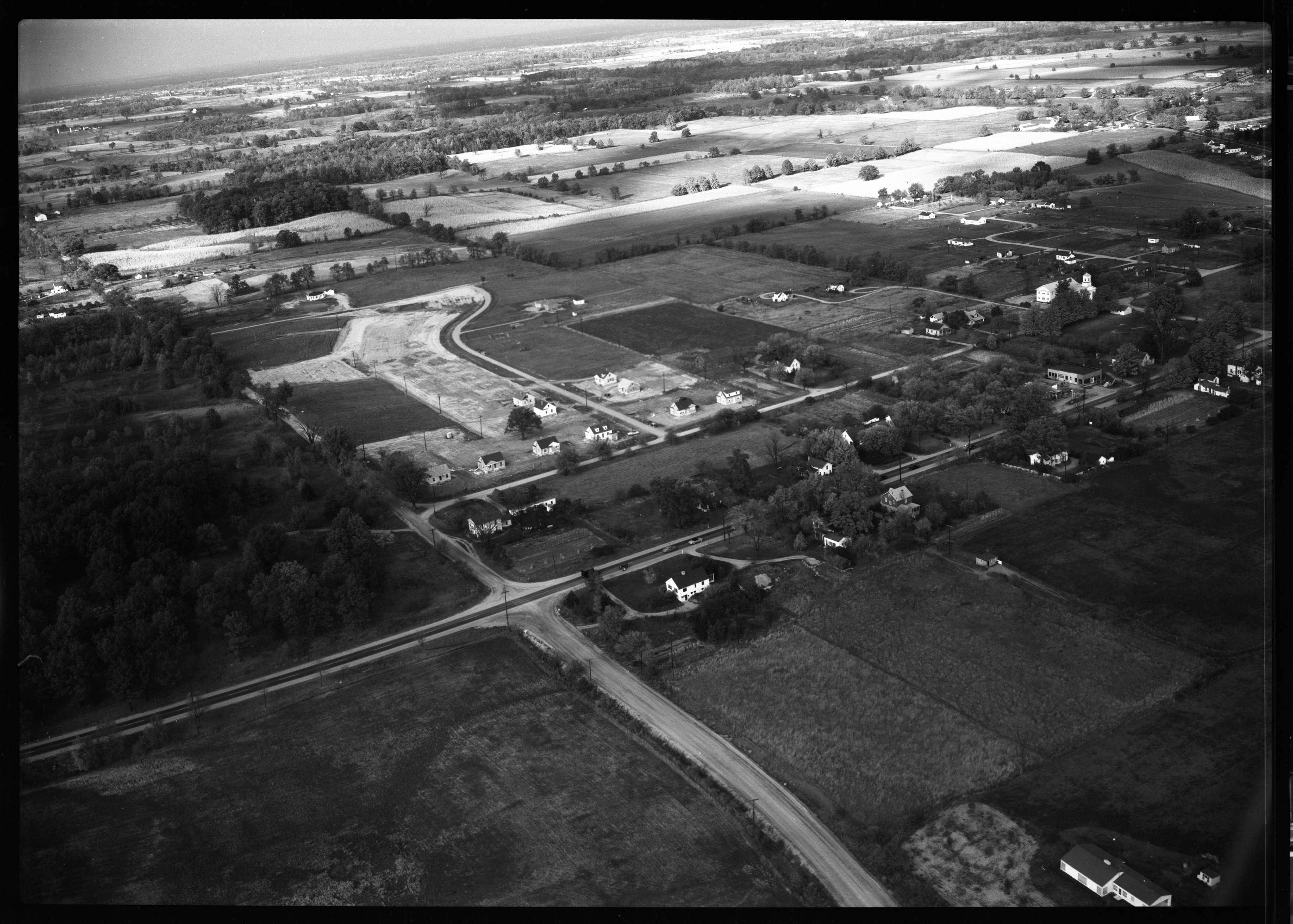 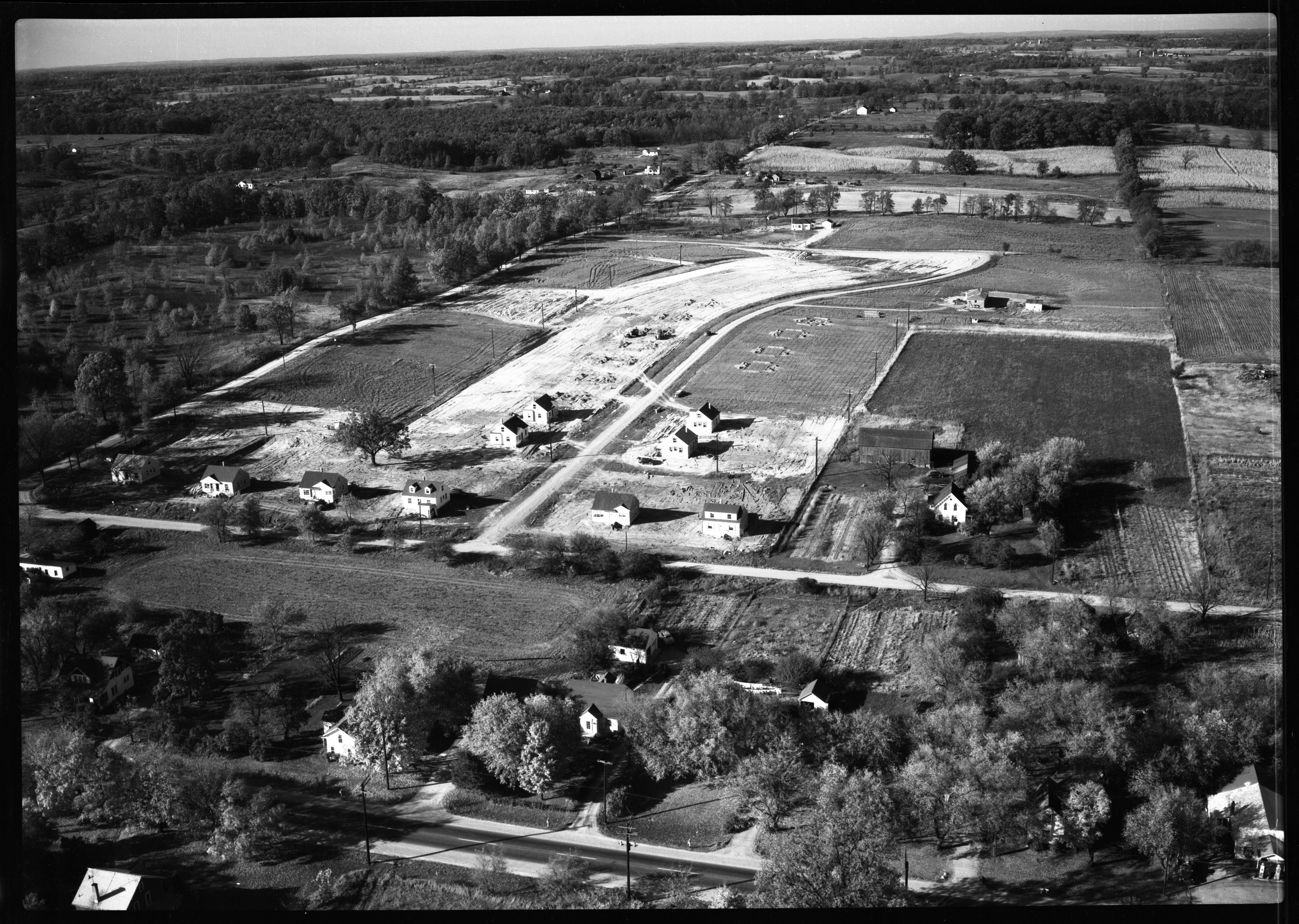 Published In
Ann Arbor News, October 27, 1951
Caption
Veterans' Home Project Grows: This aerial view by a News photographer shows the Dixboro area that will be the site of 41 homes of veterans under a Home Realty Co. project. At the bottom of the photograph can be seen Plymouth Rd., and at the extreme left is N. Dixboro Rd. perpendicular to it. Five of the $9,600 houses on Church St. (center) will see "moving-in day" within a week. Five others are in the plastering stage, and 11 started 10 days ago on Beaumont Ave. (upper center) are in various stages of roughing-in.
Copyright
Copyright Protected 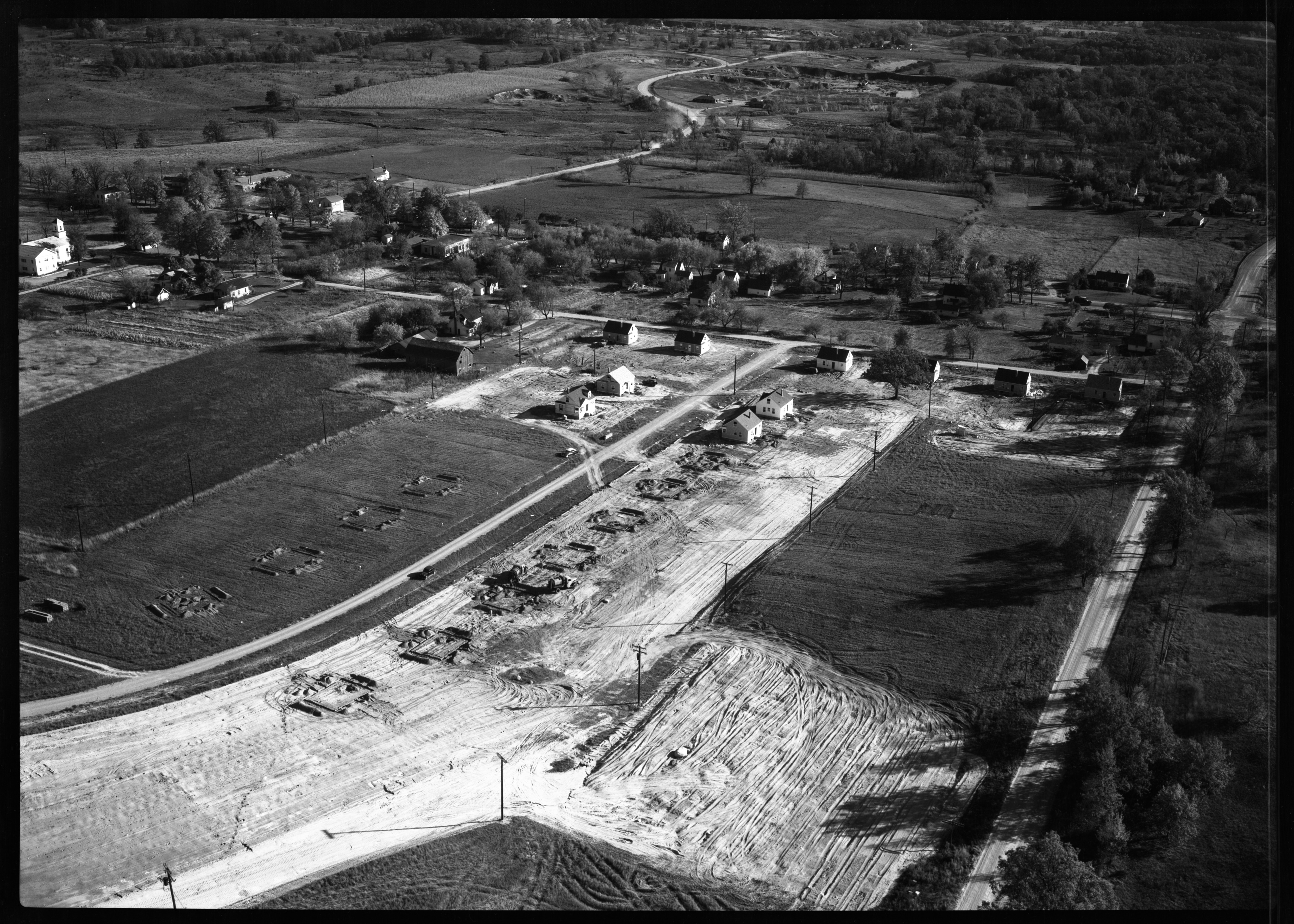 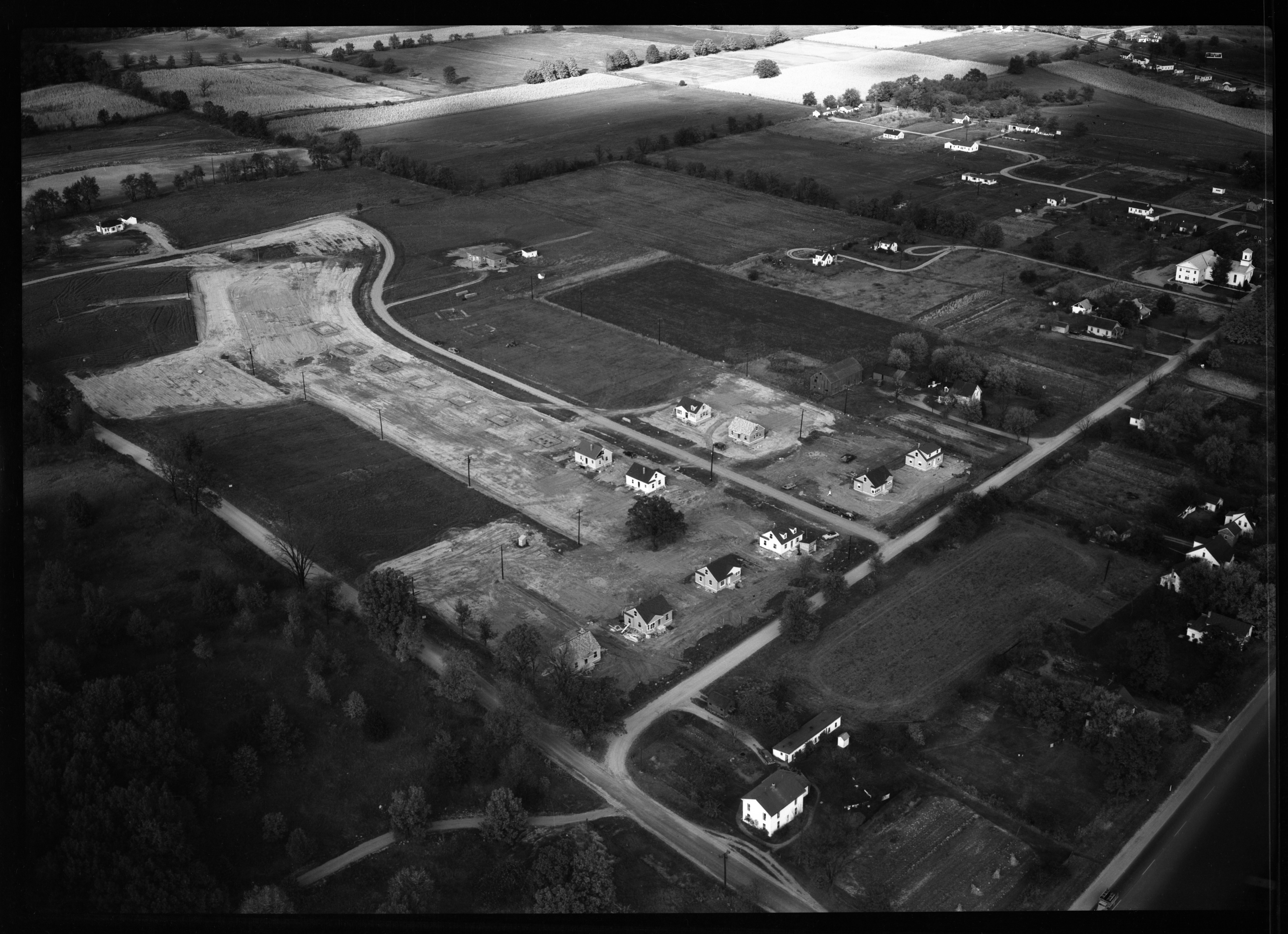 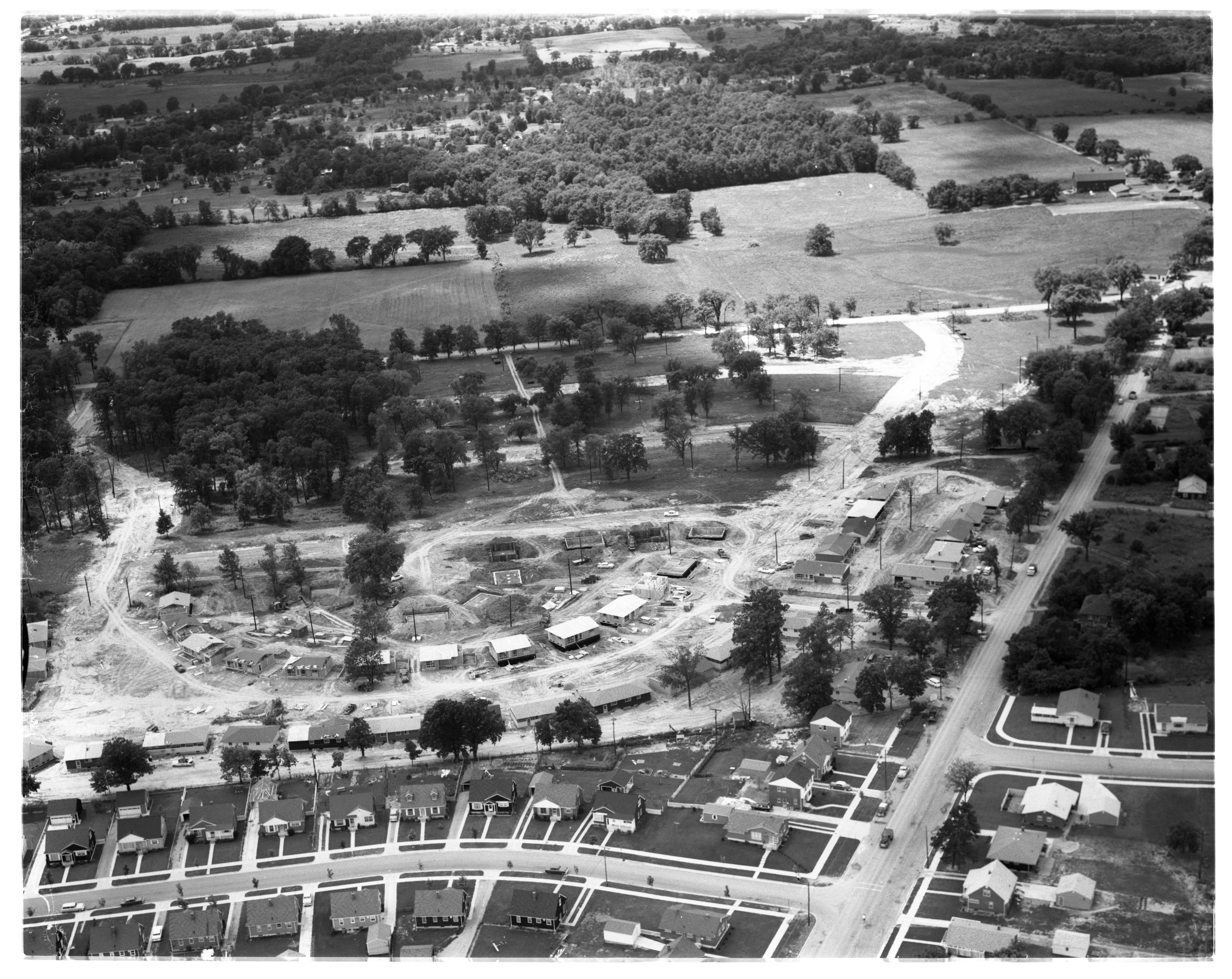 Published In
Ann Arbor News, July 21, 1956
Caption
Westward Ho: Ann Arbor's city limits are pushed ever outward. And this aerial photograph offers graphic evidence. That thoroughfare across the bottom of the picture, completely paved and lined with neat homes on landscaped lots is Duncan St. Earlier in this decade, Duncan St. resembled the area above it, an area which lies due west. Maple Rd., the western city limits in this area, is shown above the rough land under construction as it extends across the picture. Miller Ave. is shown along the right extending from Duncan up to Maple. The sector under construction is Westaire subdivision, a 200-lot project being developed by Staebler & Son and the Prospect Hill Construction Co., a subsidiary of the Home Realty Co. Today, its streets are but graded, exaggerated paths through the field. But, they have recorded names and, in the future they will appear as urban as Duncan. Looking from Duncan west, the first street (the curved street) is N. Circle Dr. (right) and S. Circle Dr. (left). Above the curved street are three straight streets known as Westaire Way, Hasper Dr. and Western Dr. On to the west (toward top of picture), beyond Maple Rd., lies pastoral land. How long will it maintain its rural appearance? Who knows?
Copyright
Copyright Protected 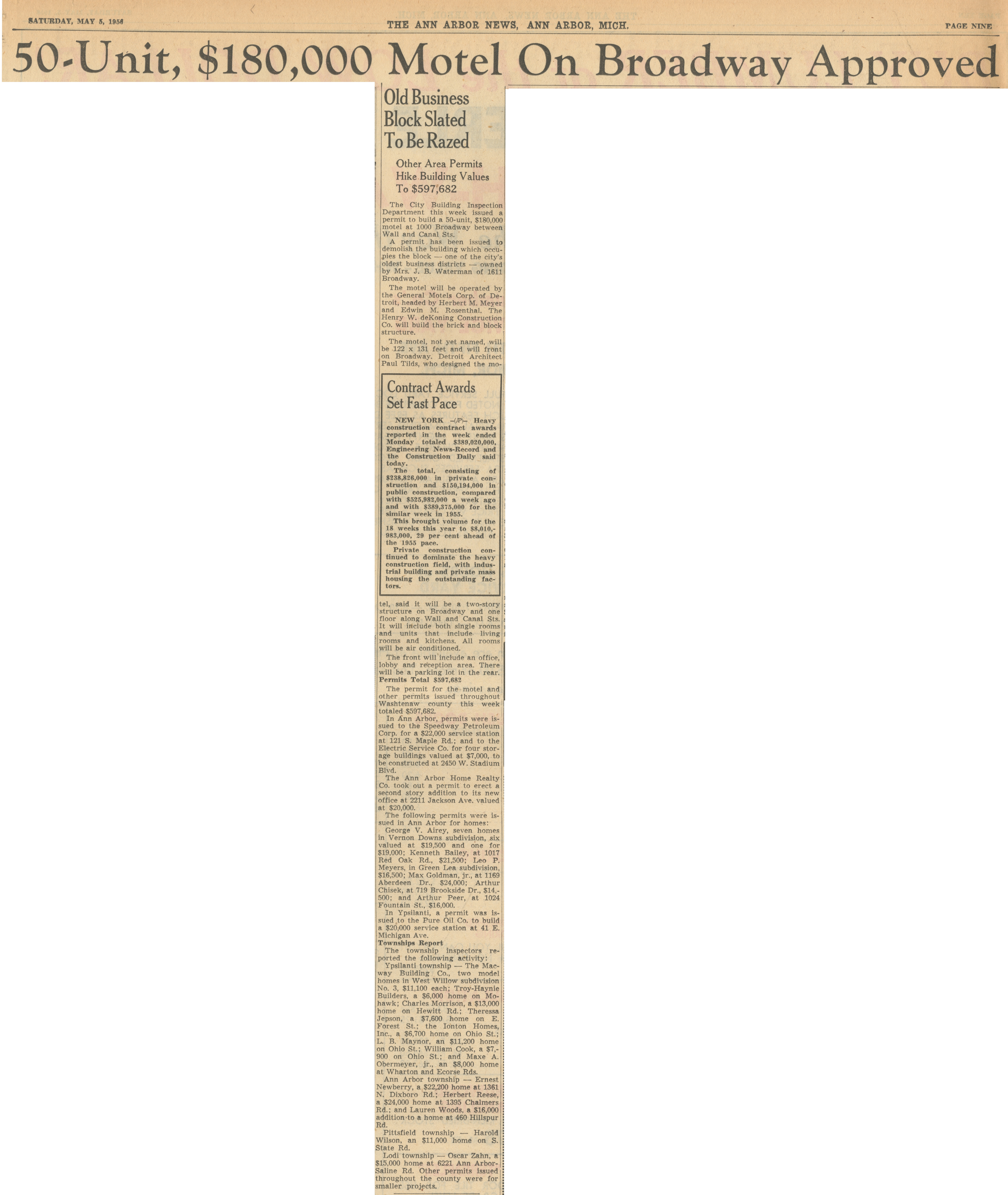