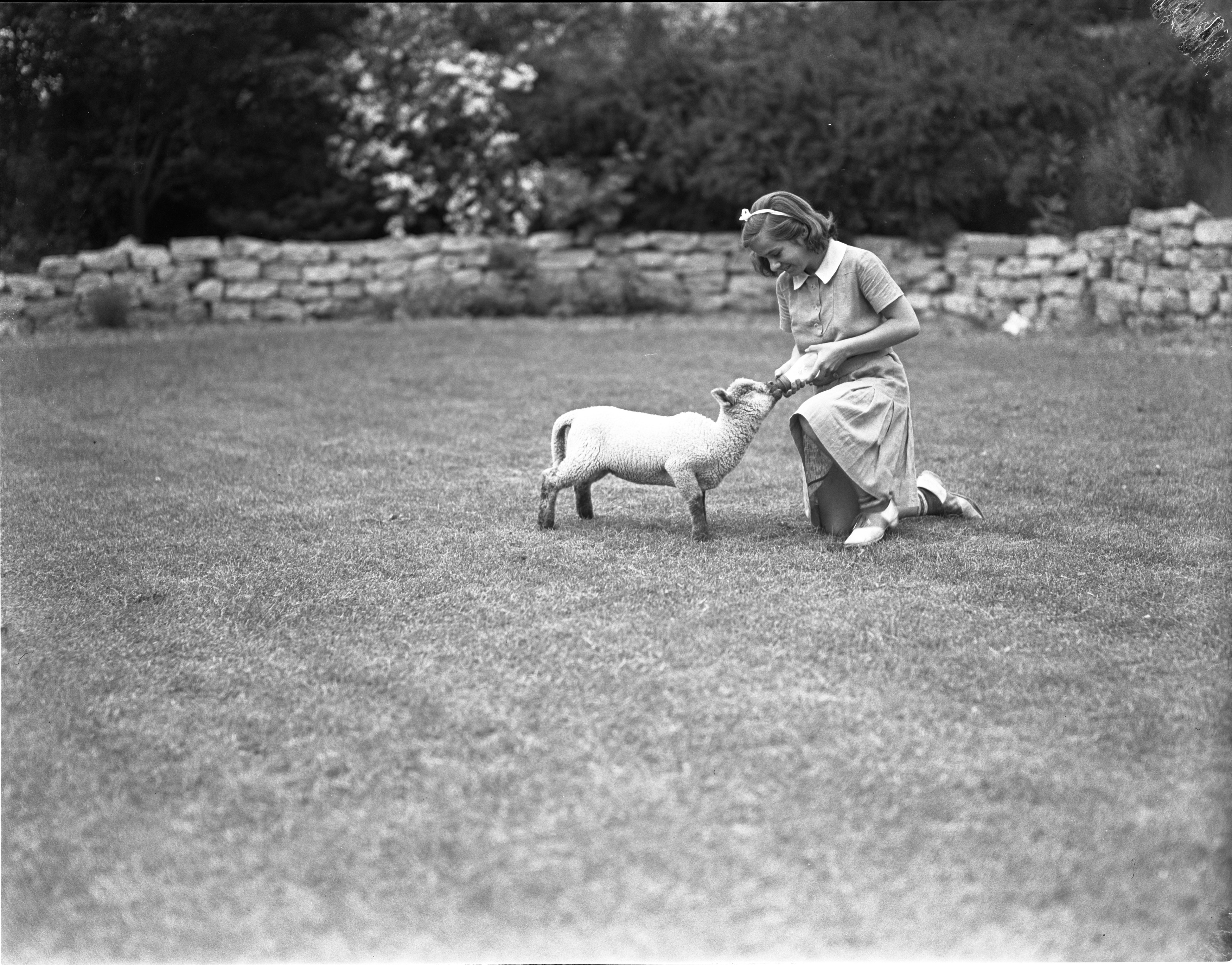 Published In
Ann Arbor News, June 30, 1937
Caption
IT'S HIS DESSERT NOW: Two weeks ago "Puddle," this five-weeks old pet of Priscilla Osler, daughter of Mr. and Mrs. Harold S. Osler of Glazier Rd., was a "bottle baby." Now he has to eat that nasty old grass along with the rest of his family, but he still enjoys tipping the bottle occasionally, especially when the bottle is held by his mistress. The News photographer caught this picture during the one moment when Puddle's tail was not revolving like a windmill.
Copyright
Copyright Protected 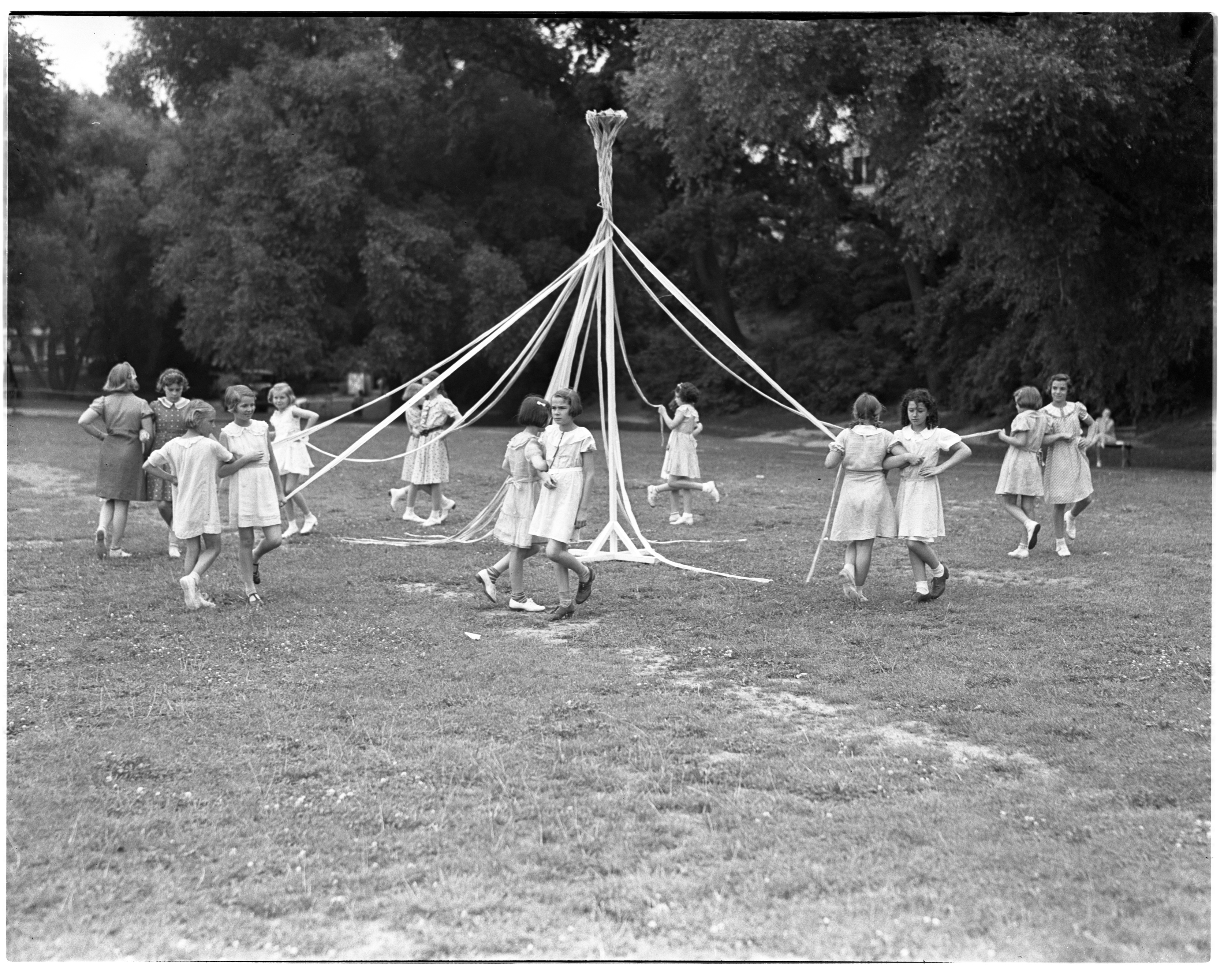 Published In
Ann Arbor News, July 14, 1937
Caption
ROUND AND ROUND: These youngsters circle a maypole in a dance which will feature the playground pageant to be presented at 8 p.m. tomorrow at West Park by 100 children. The pageant has as a theme the history of Ann Arbor.
Copyright
Copyright Protected 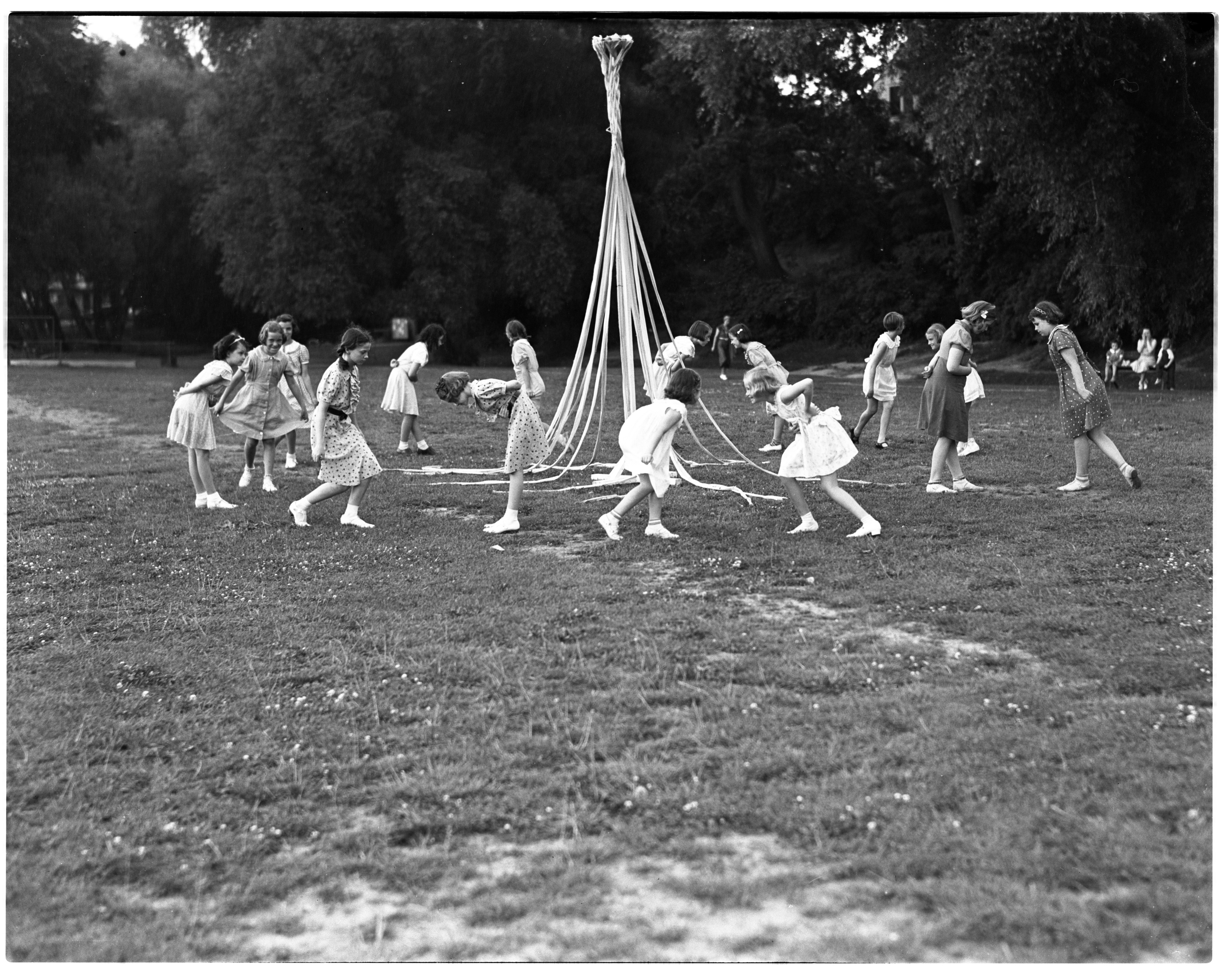 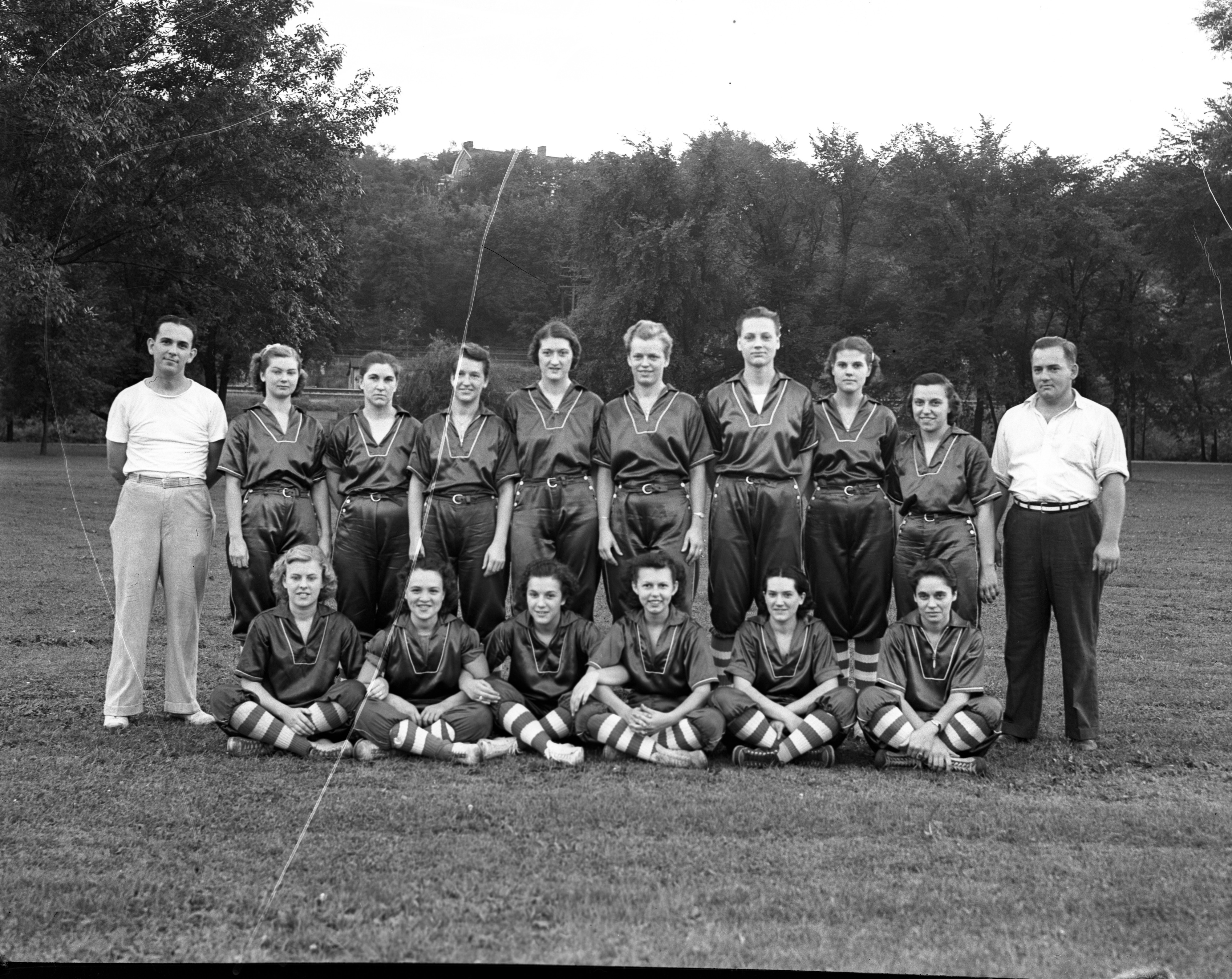 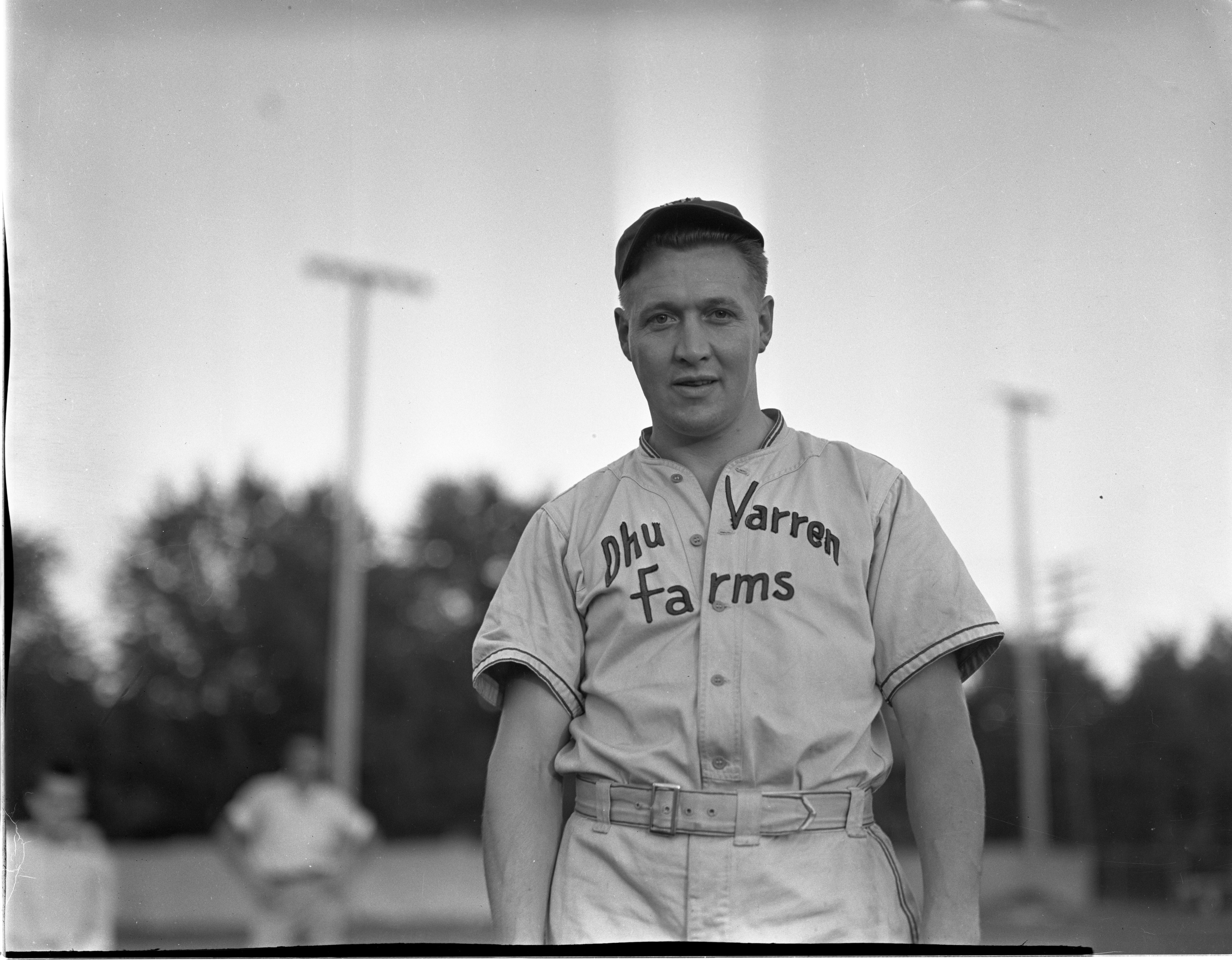 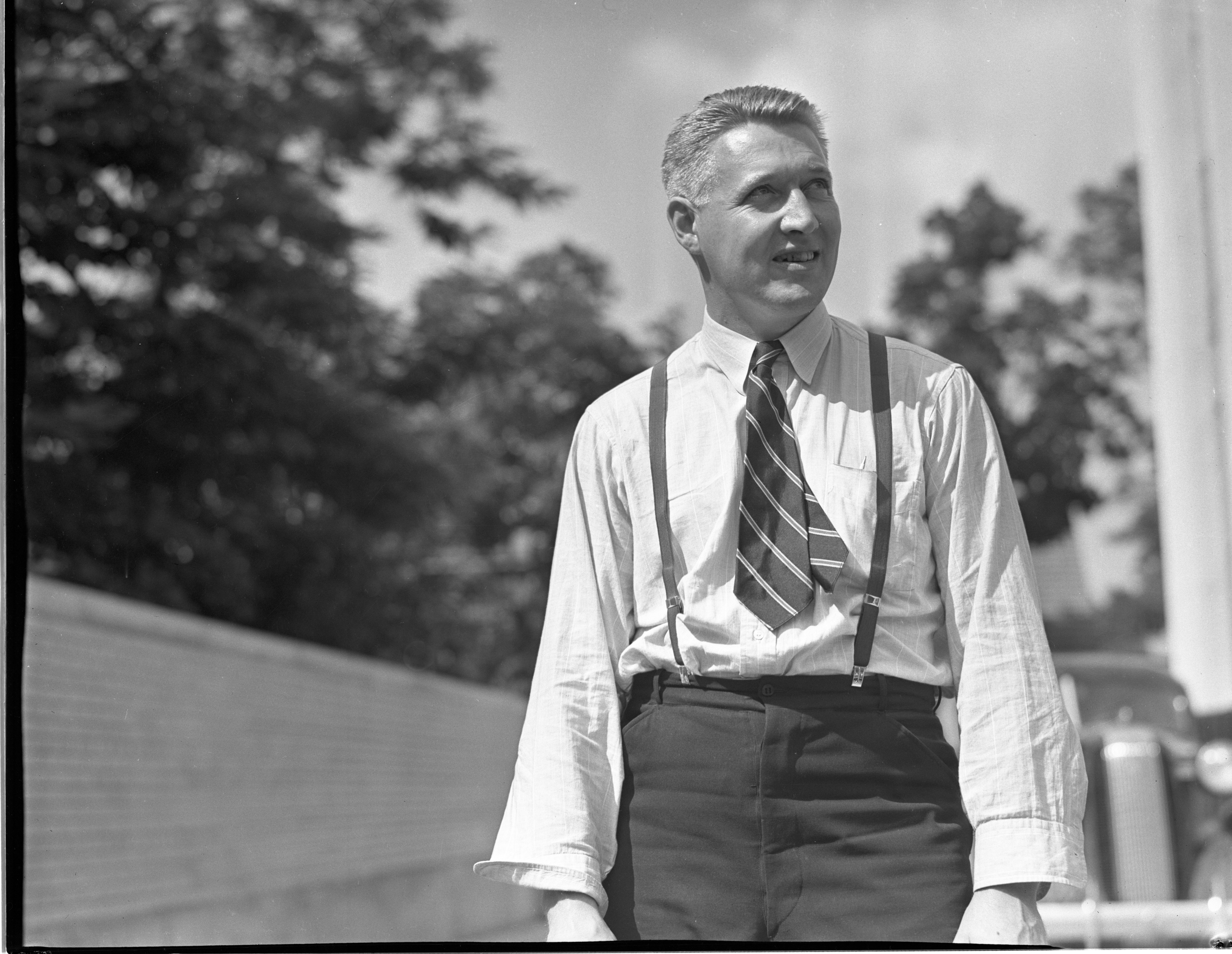 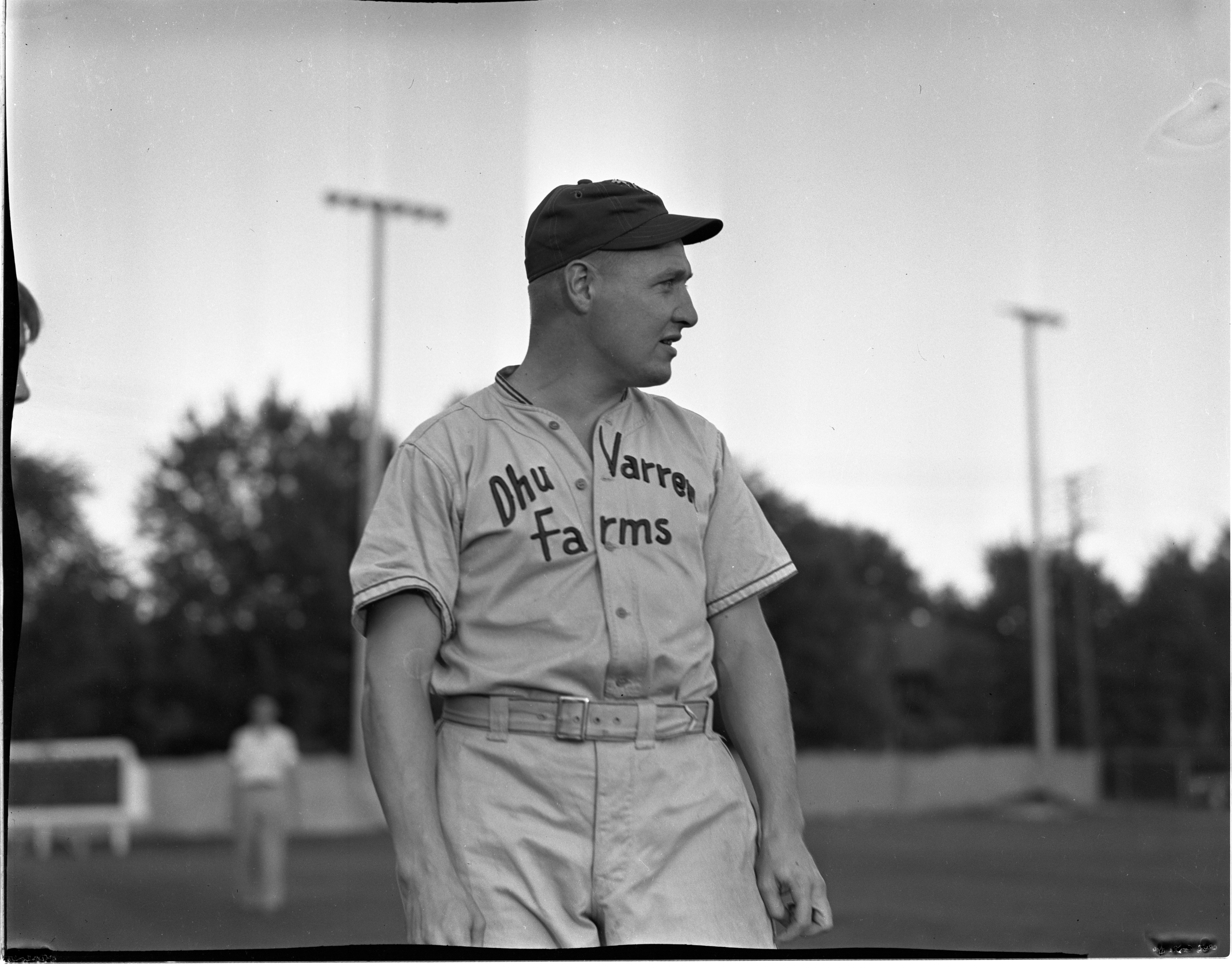 Published In
Ann Arbor News, September 2, 1937
Caption
Dhu Varren may have won the league championship and Oldbru may have won the district tournament title but managers of teams in the Twilight softball loop lean toward the Gauss Bakers and the Elks when it comes to making selections for an all-star team. The Bakers and the Elks each placed four players on the squad while the remaining four places were divided between Dhu Varren, Oldbru and Dixboro. Ty's Service and Stroh's failed to gain a single berth. The Bakers' representatives include Pat Walsh, extreme right in the second row from the top; Jimmy Walsh, extreme right in the second row from the bottom; "Wobby" Fritz, to the left of Jimmy Walsh, and Neil Rauser, who is shown to the left of Fritz. The Elks' players chosen include Freddie Weber, extreme left, bottom row, and Earl Bradshaw, extreme right, botton row. Pete Eitling, the Elks' third representative, is shown direclty above Weber while the fourth member of the Lodgemen's contingent, Ray Hutzel is shown at the left in the top row. Bob Westfall, wearing the Catcher's mask, and "Dee" Dunlap, extreme left in the second row from the top, were the Dhu Varren players chosen. Dixboro's lone representative, Norman Blystone, is shown at the right in the top row while Jack Kett, Oldbru star, is shown between Dunlap and Arnold Walsh in the second row from the top.
Copyright
Copyright Protected 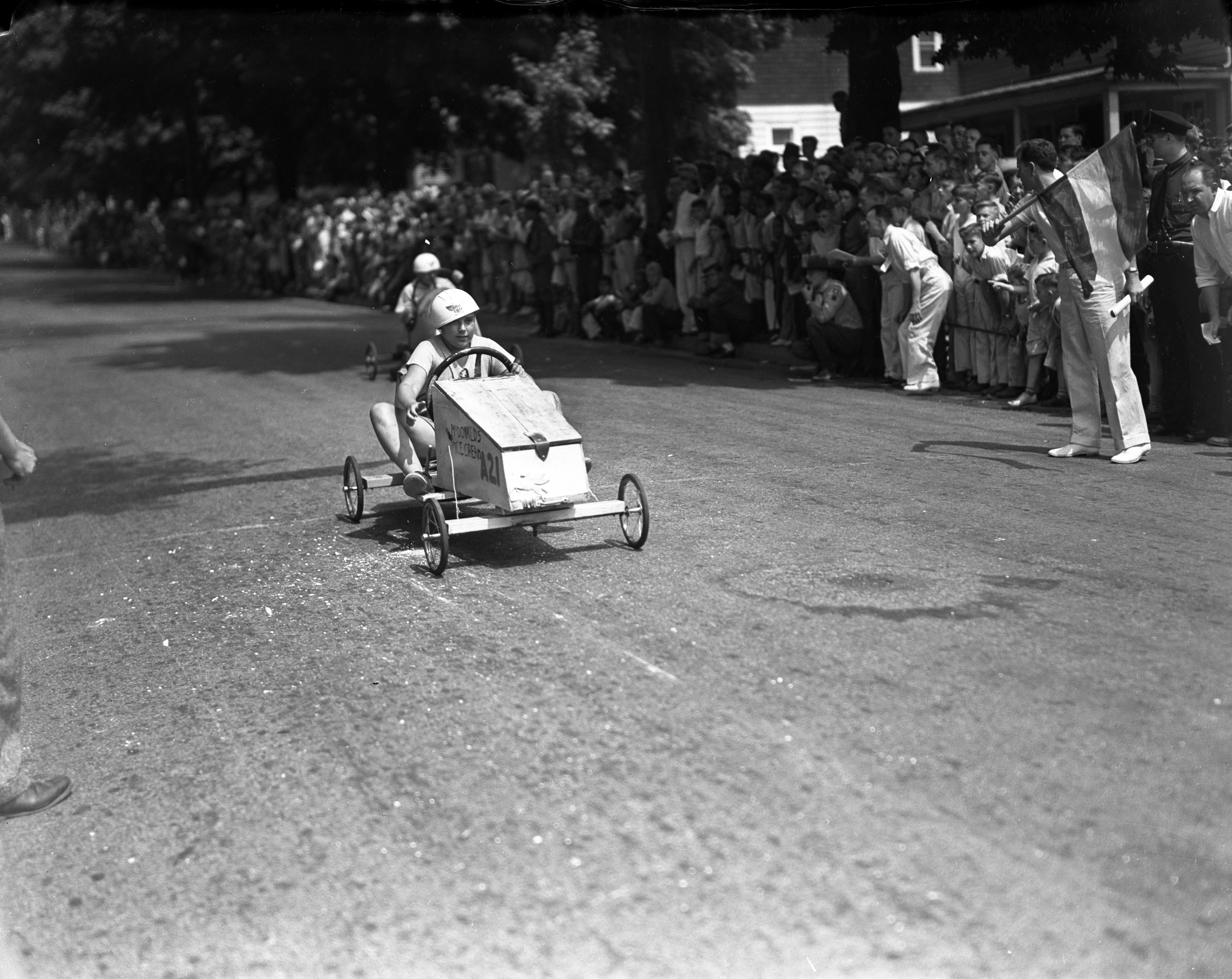 Published In
Ann Arbor News, July 26, 1937
Caption
Ann Arbor pilots take their Soap Box Derby seriously. This is evidenced in the two pictures shown above taken Saturday at Ann Arbor's second annual Derby. In the top picture Stuart McDonald, 1010 Woodbridge, is shown lending Robert Moore of Dexter across the finish line in the first heat of the Class A division.
Copyright
Copyright Protected 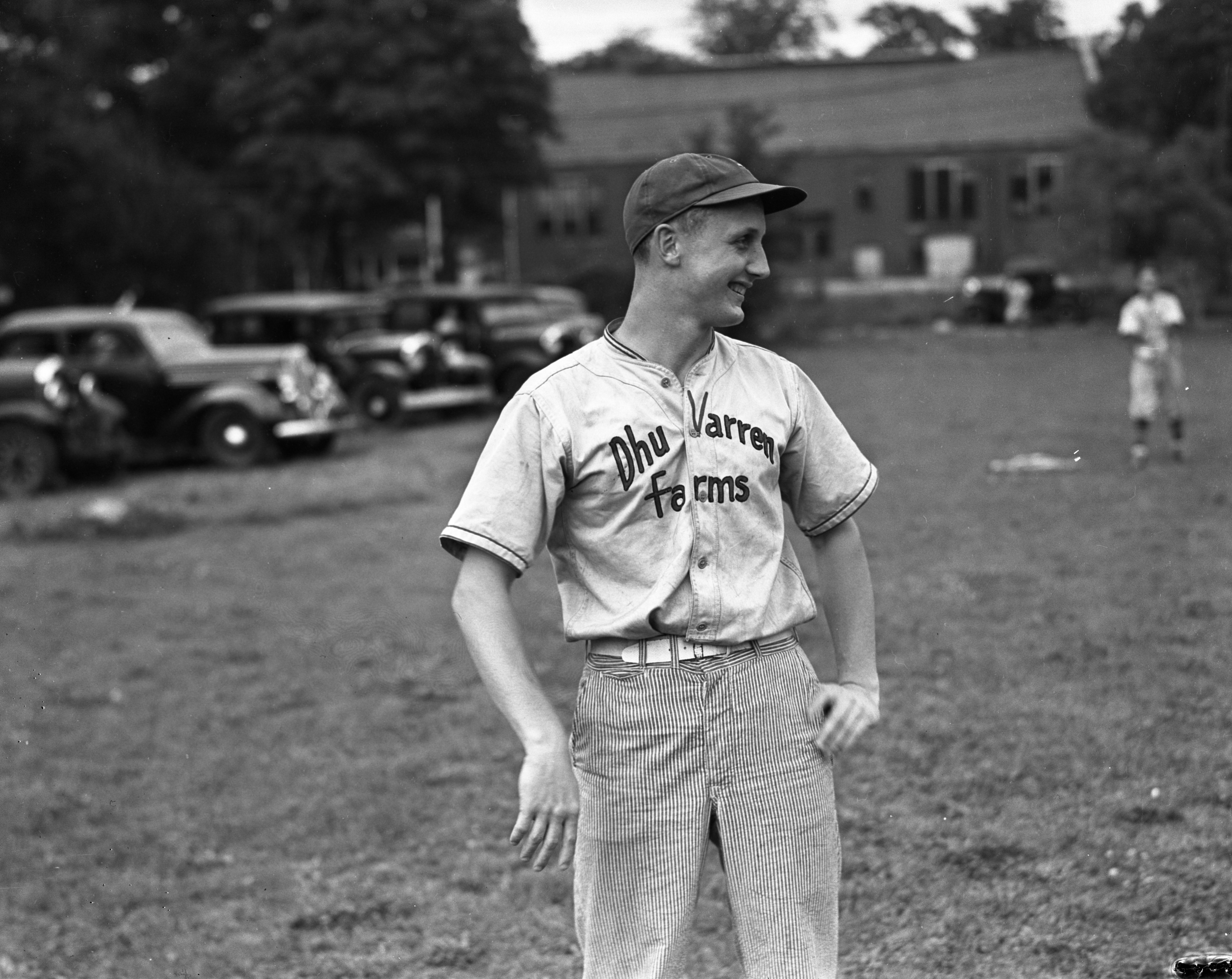 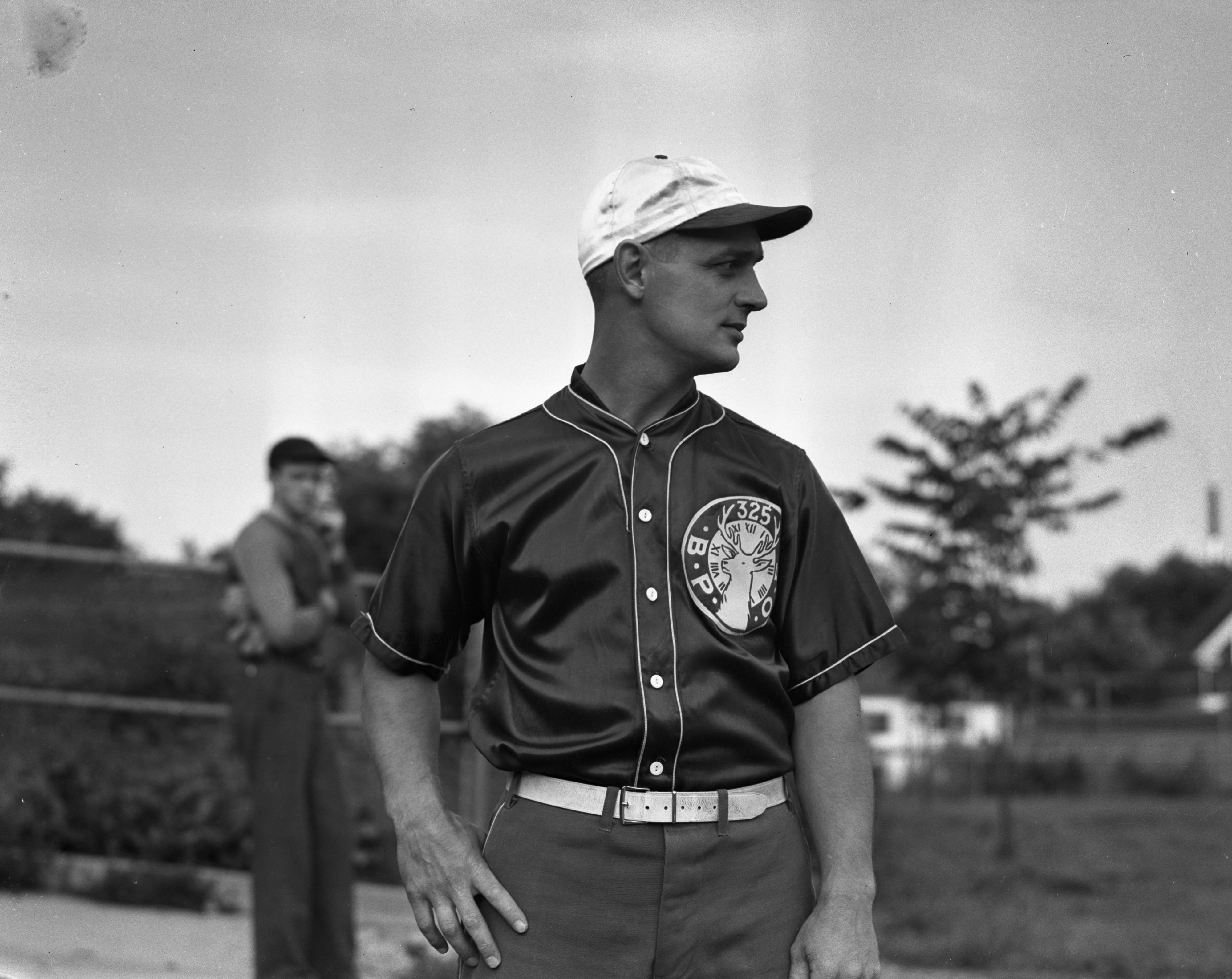