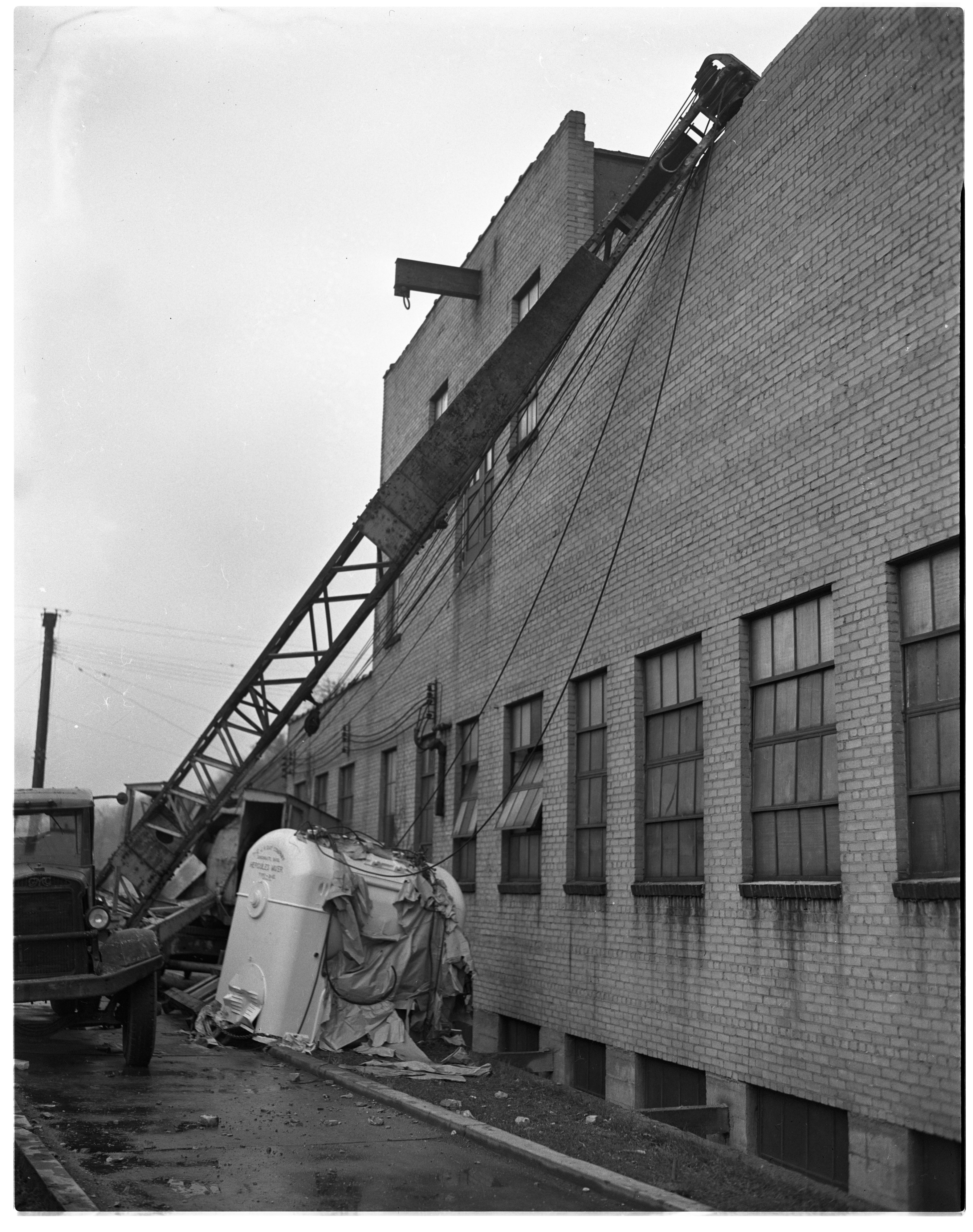 Inside The Quality Bakery, April 1965 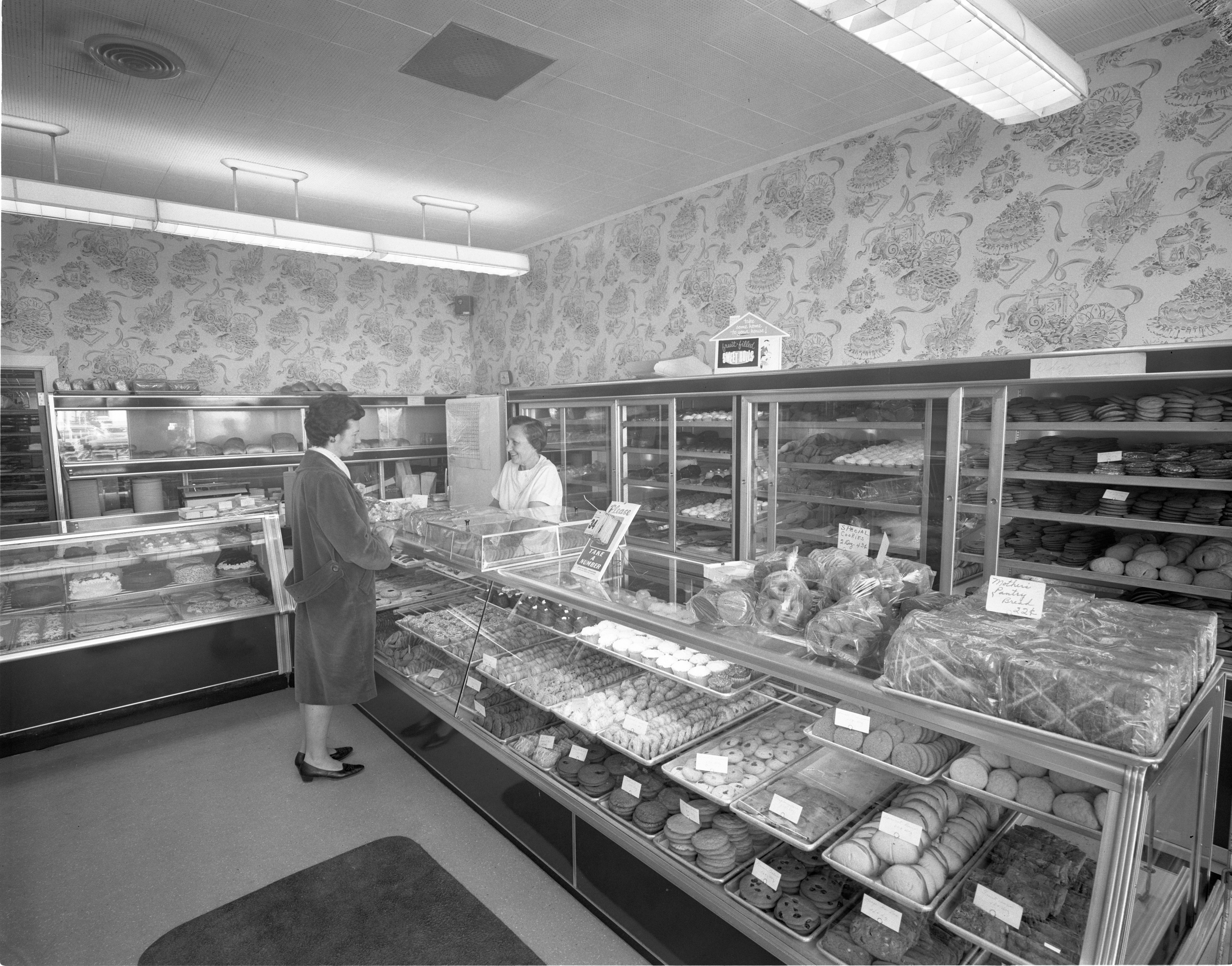 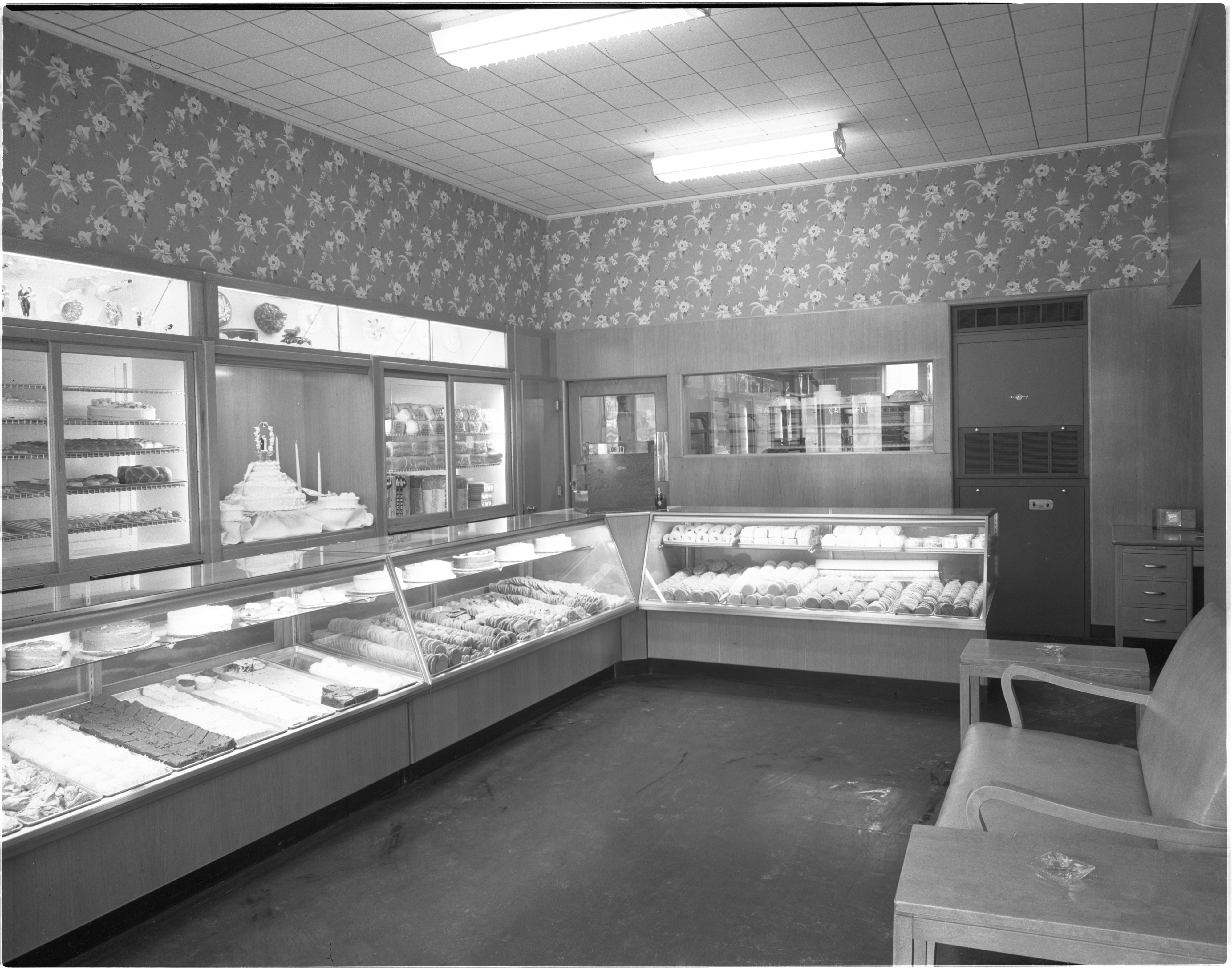 Hod Campbell & His Employees At The Campbell Bakery, January 1948 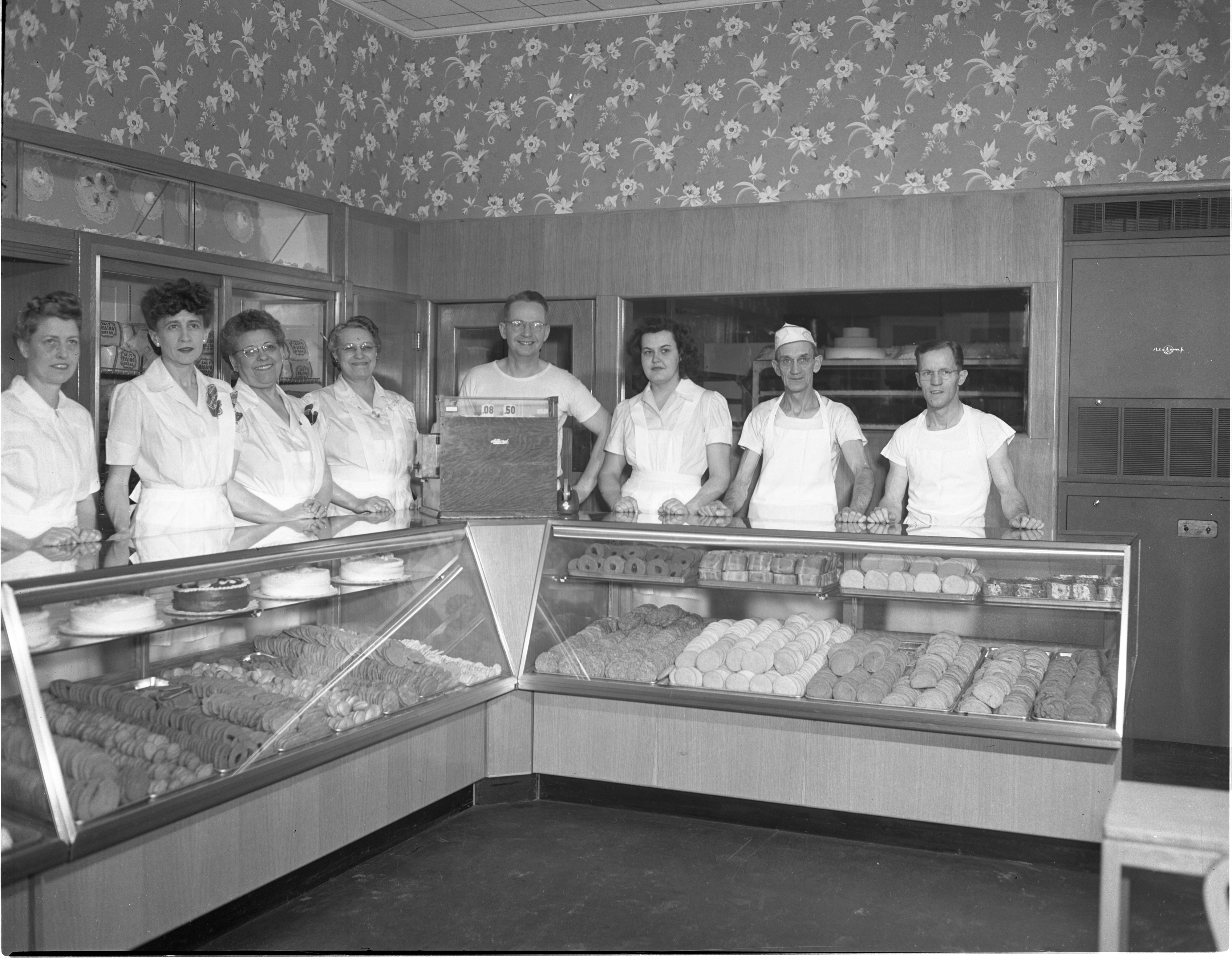 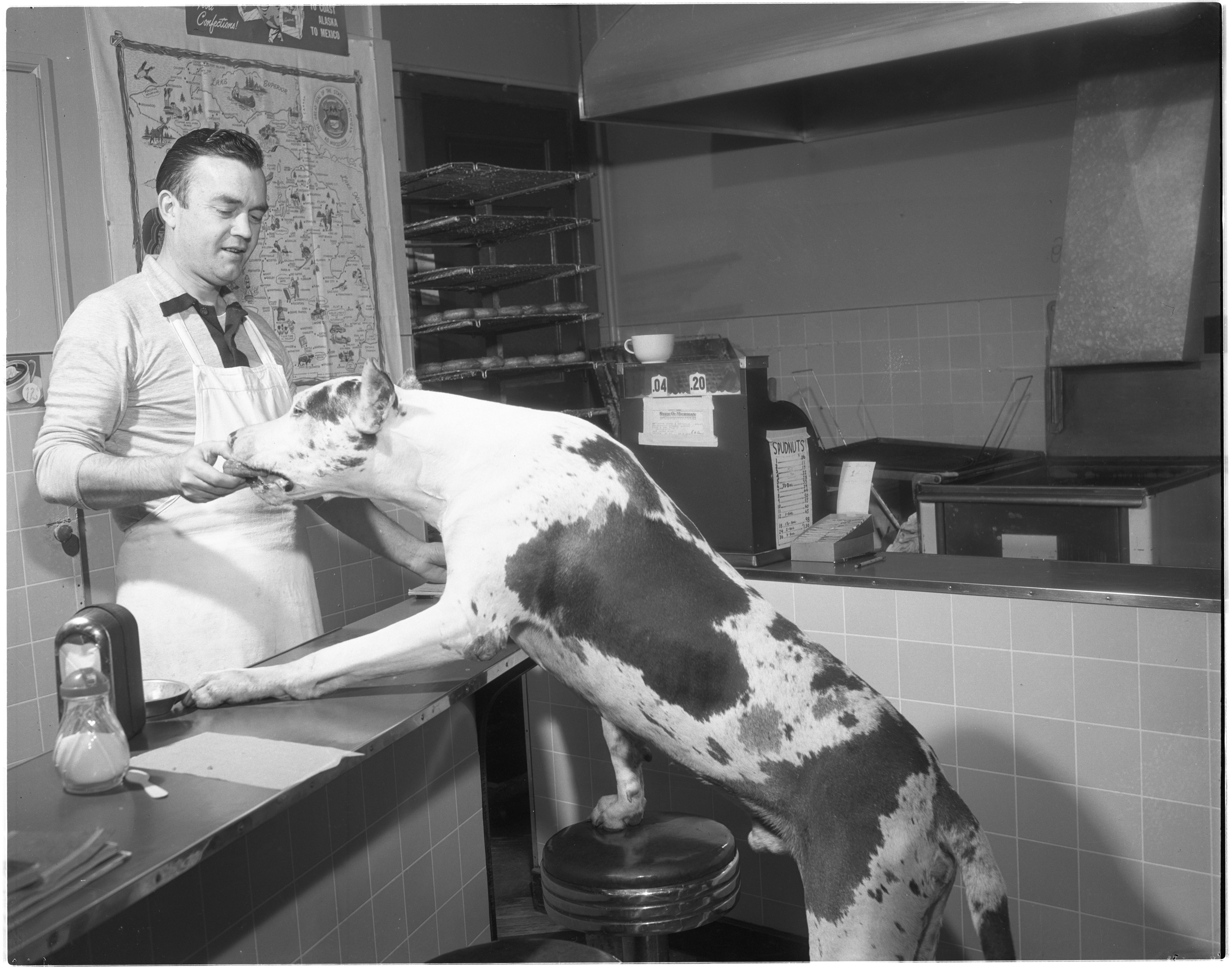 Published In
Ann Arbor News, March 17, 1953
Caption
Major, the four-year-old Great Dane belonging to the Delta Tau Delta fraternity, shows up every morning at the University Spudnut Shoppe, 1205 1/2 S. University Ave., for his spudnut. He comes alone, as soon as he is let out of the house, and Frank Waterman (above), shop owner, charges Major's consumption to the fraternity. Major, who acquired a taste for the product a year ago when he was brought to the shop by fraternity members, ordinarily gets his spudnut at the door of the store and leaves immediately.
Copyright
Copyright Protected 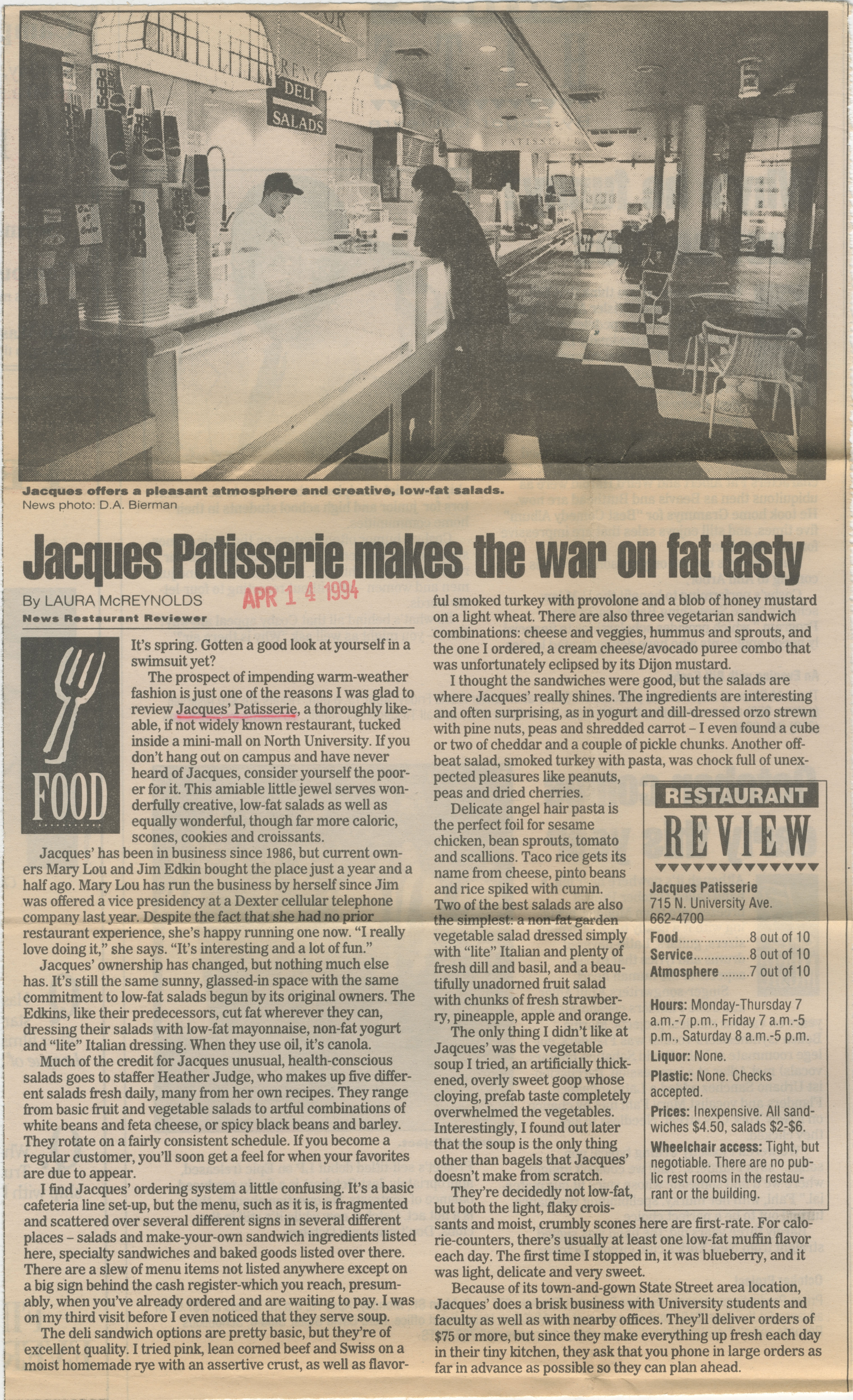 Unique Salads Are Her Specialty 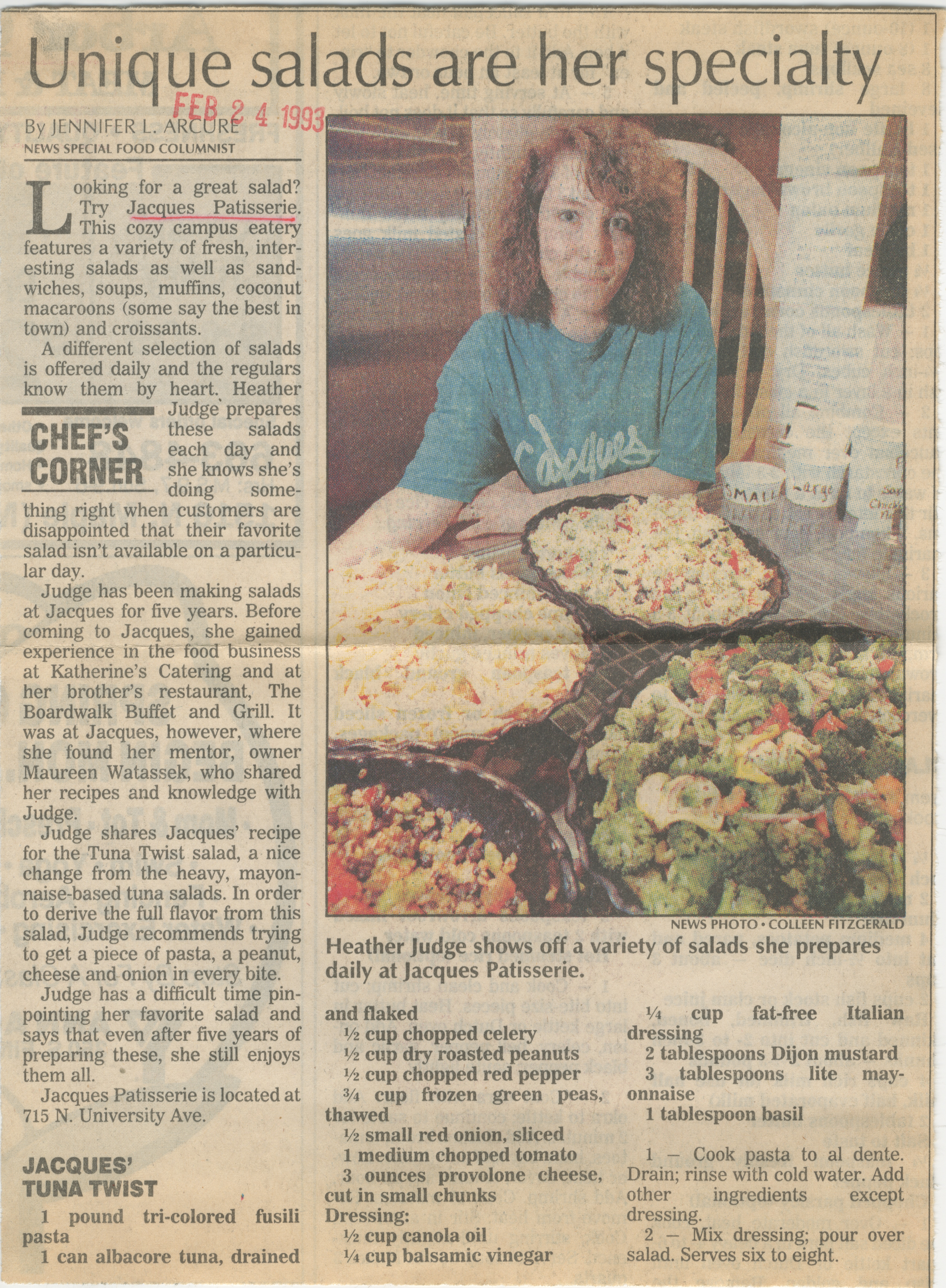 Fresh Bread And Lots Of Dill At Jacques Patisserie 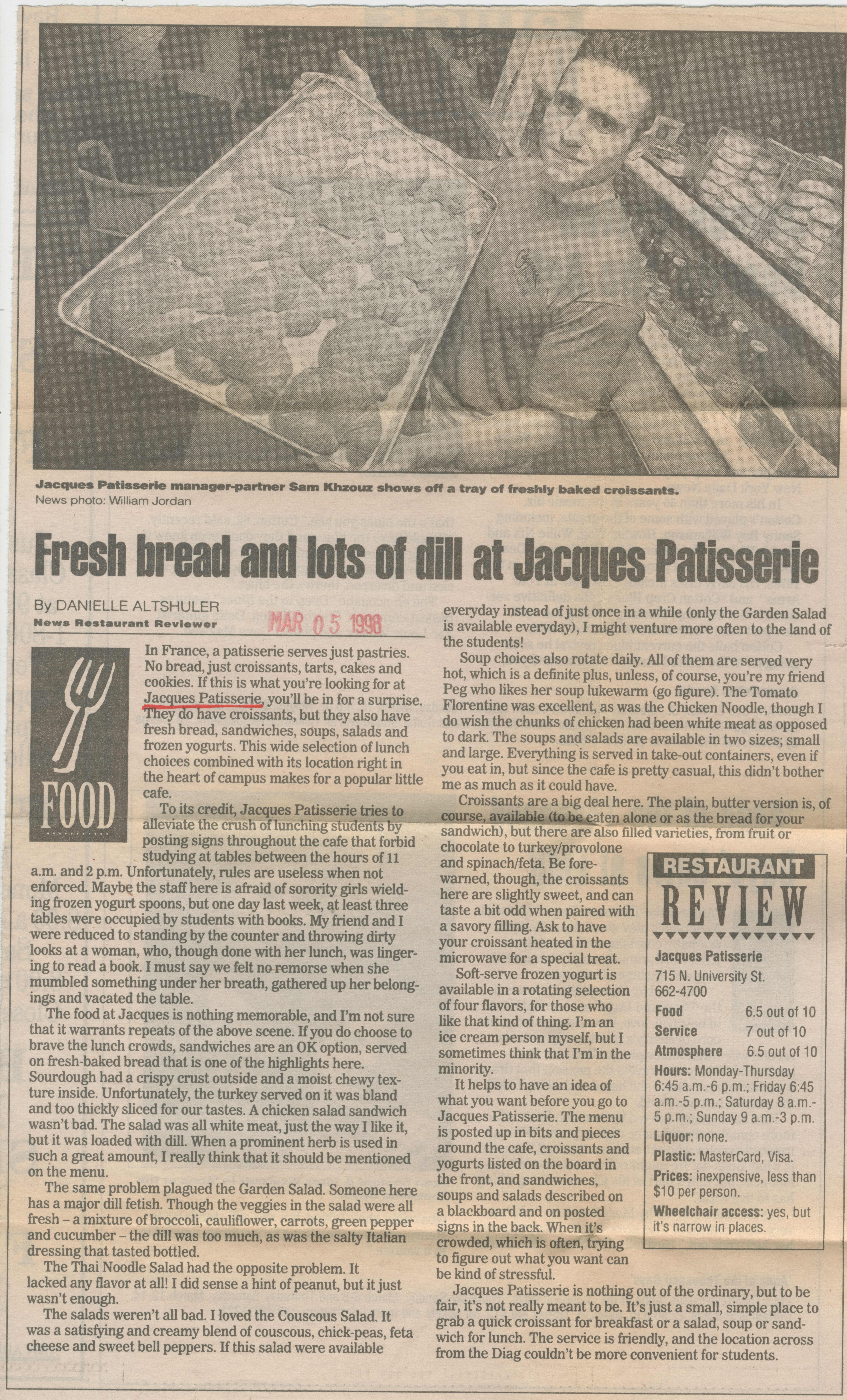 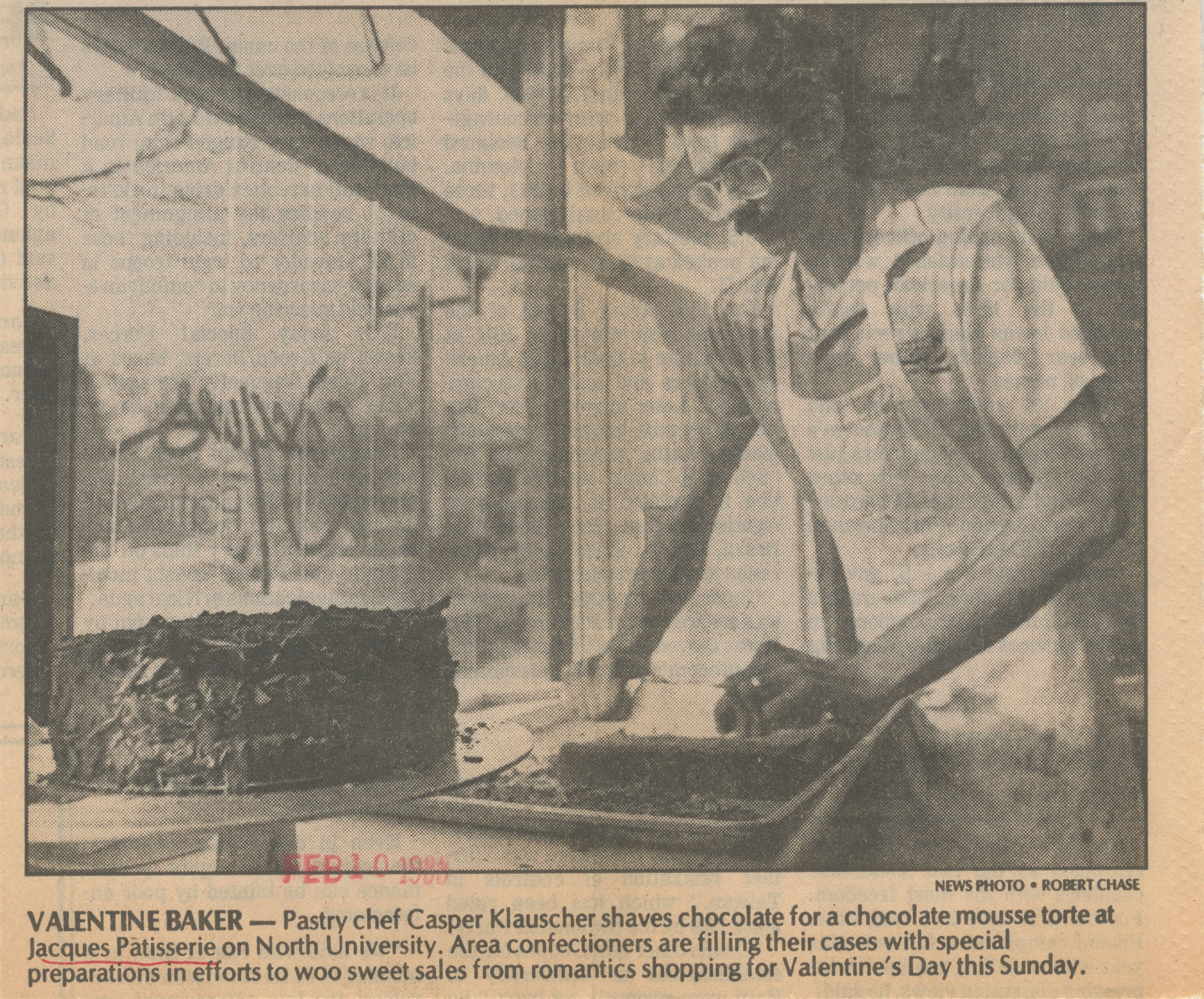 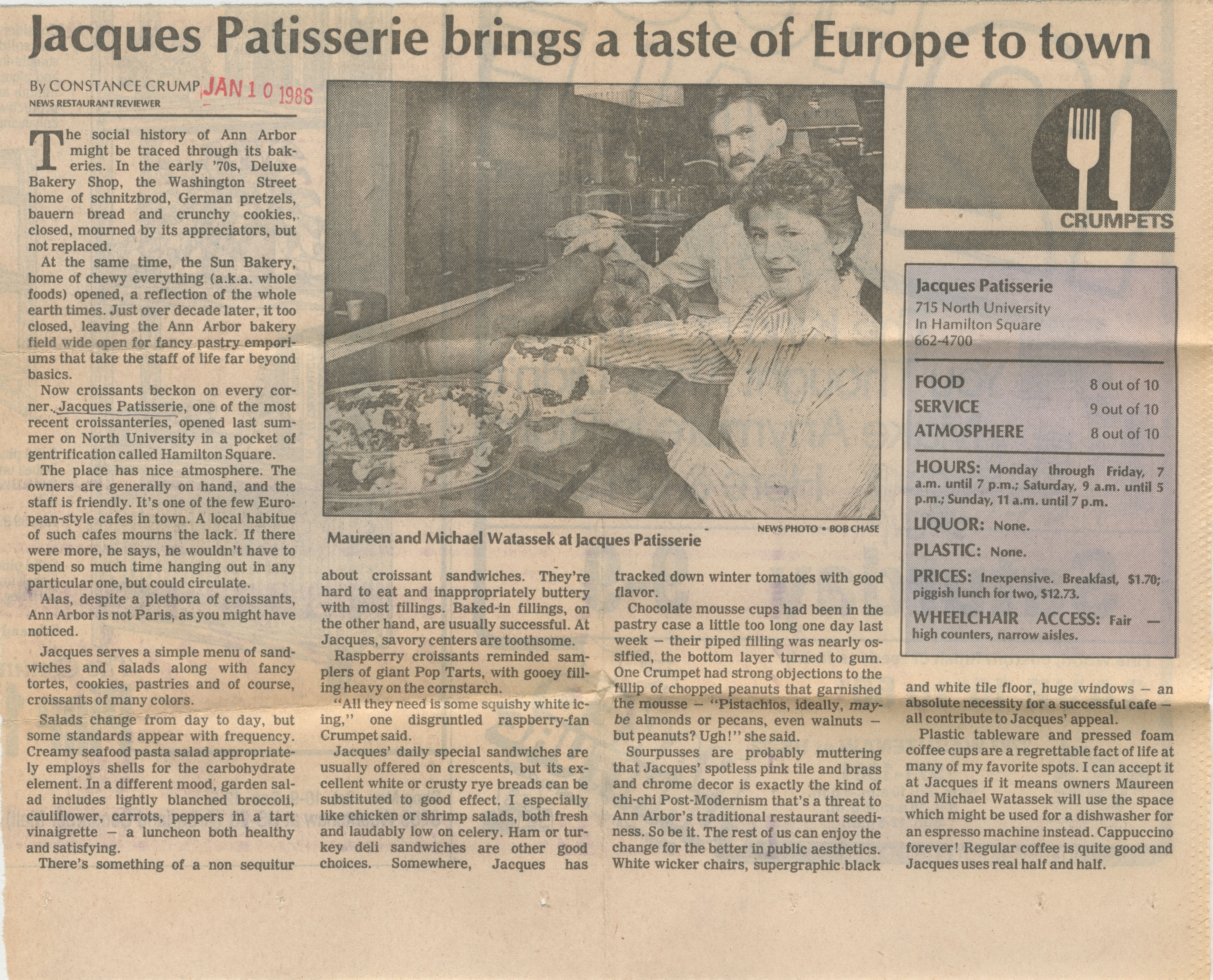