Joyce Plummer was born in 1931 and grew up in Flint, Michigan. Her mother was a registered nurse and her father taught public school. She recalls the impact of the Depression and World War II on her community. Plummer attended Flint Junior College and the University of Michigan and went on to get two Master’s degrees. She taught English for 10 years before becoming a reference librarian at the Flint Public Library for 20 years. Later in life she married Robert H. Plummer, whom she had met at Flint Junior College.

Joyce Plummer was interviewed by students from Skyline High School in Ann Arbor in 2008 as part of the Legacies Project.

No regrets for Power; winners look to future

U-M regents have tiff over minutes 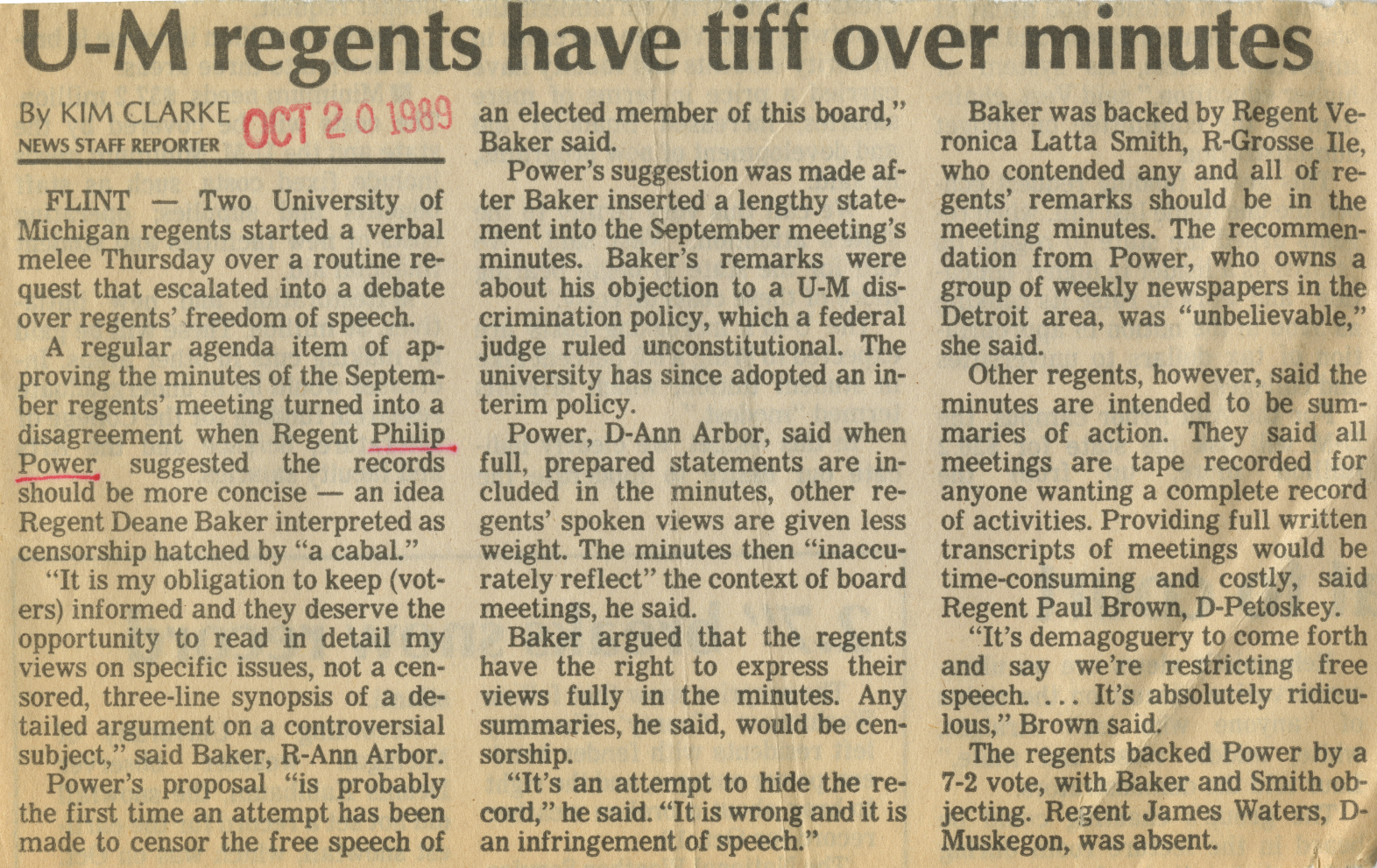