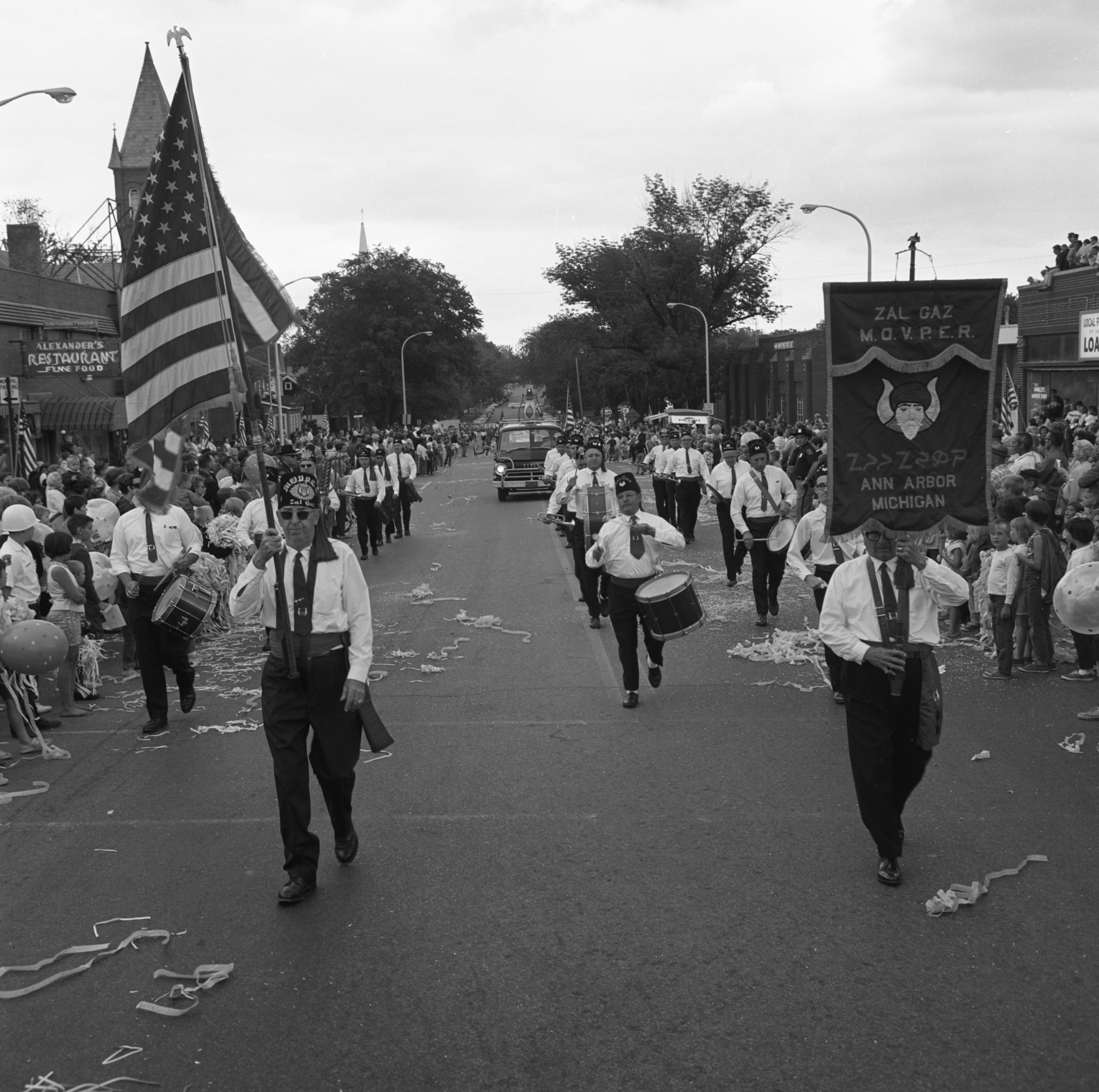 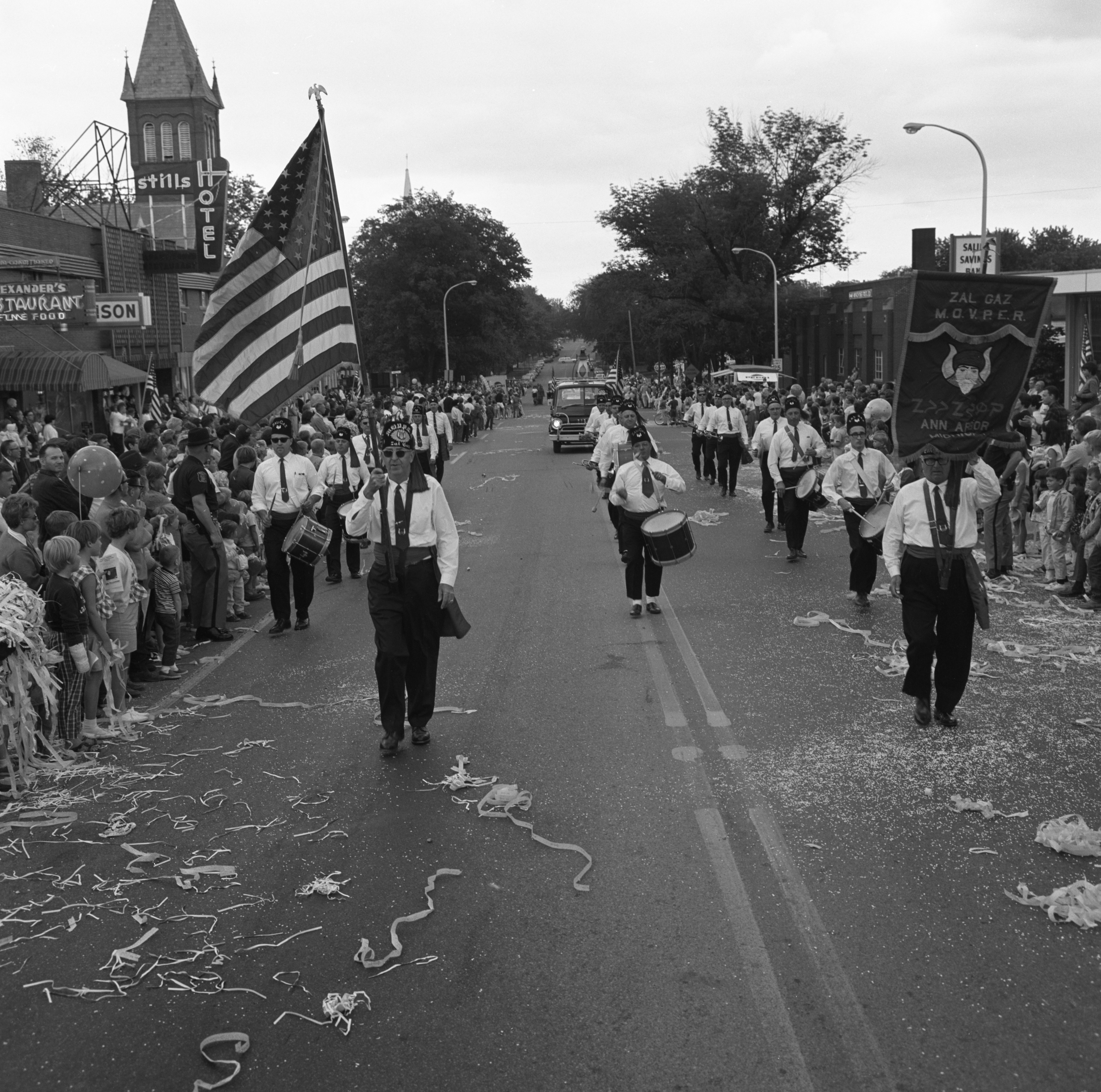 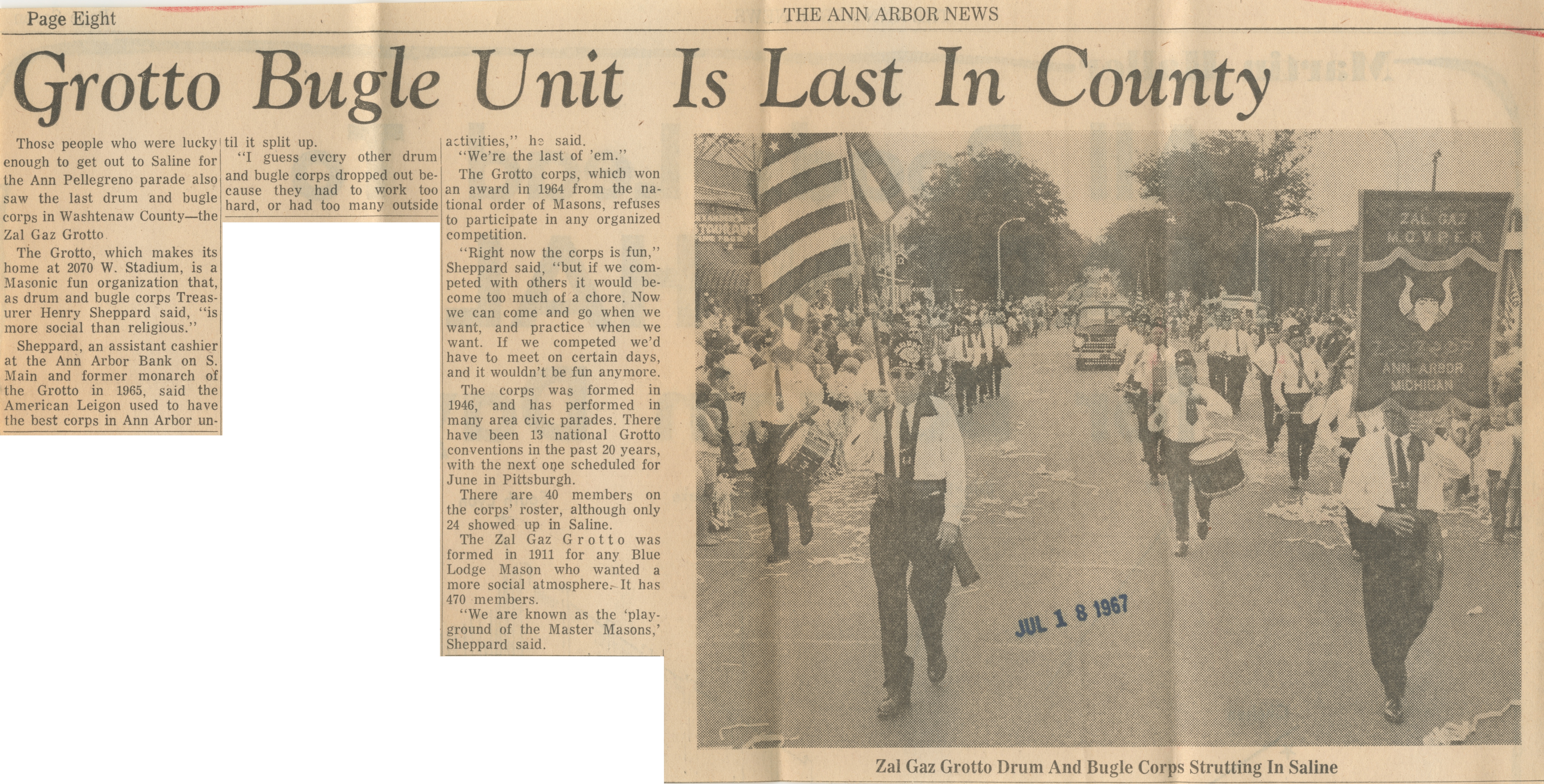 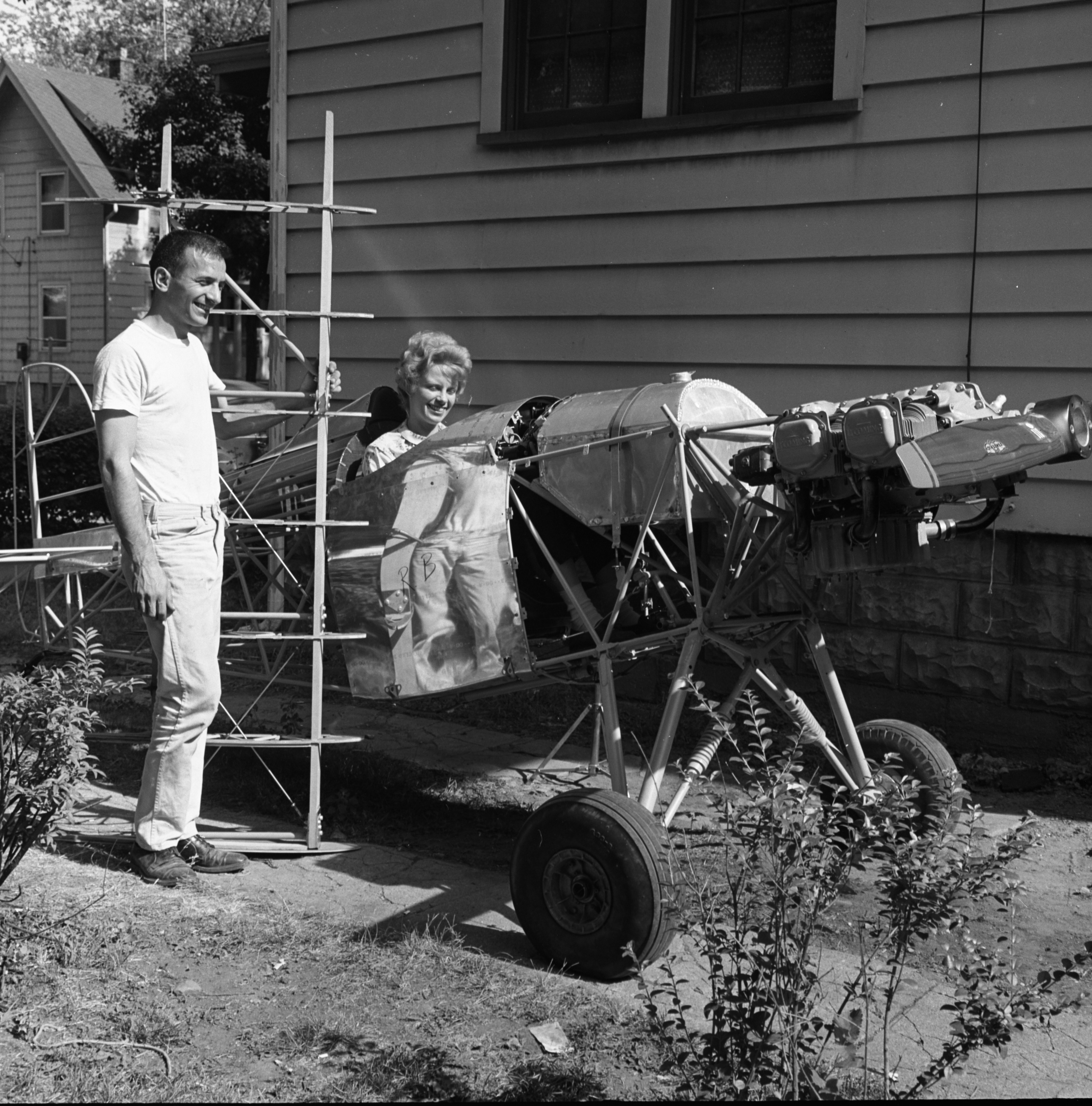 Published In
Ann Arbor News, July 6, 1963
Caption
Wingless Angel: "Hell's Angel," named after a classic motion picture about World War I flying, is exhibited here by its builders, Mr. and Mrs. Donald D. Pellegreno, in the driveway of their home at 426 Hill St. Pellegreno holds a rib structure for one of the miniature biplane's wings. The plane, being built by the Pellegrenos for acrobatic flying, was begun early last year and will be completed this fall.
Copyright
Copyright Protected 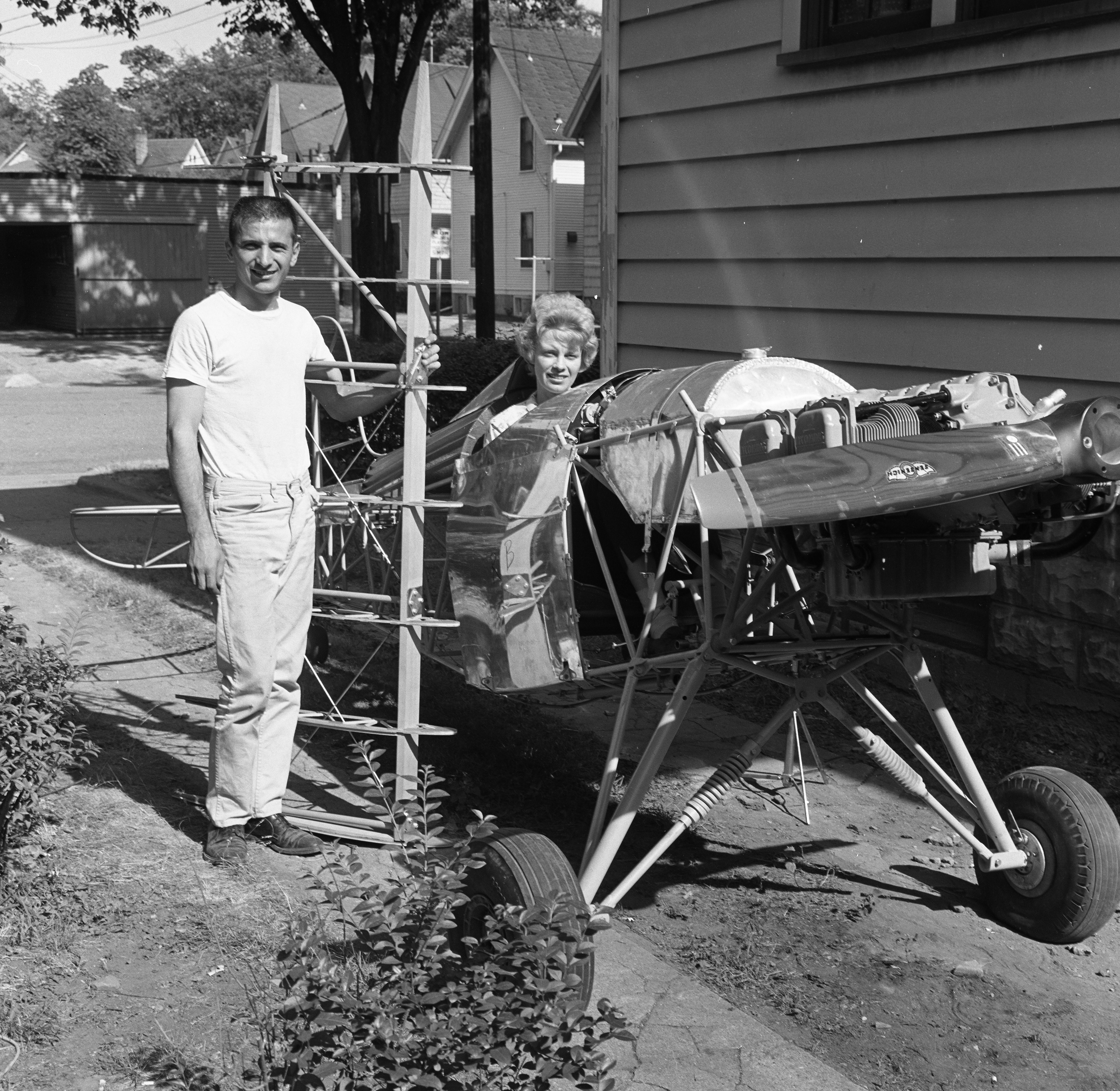 Home Is A 'Hangar' 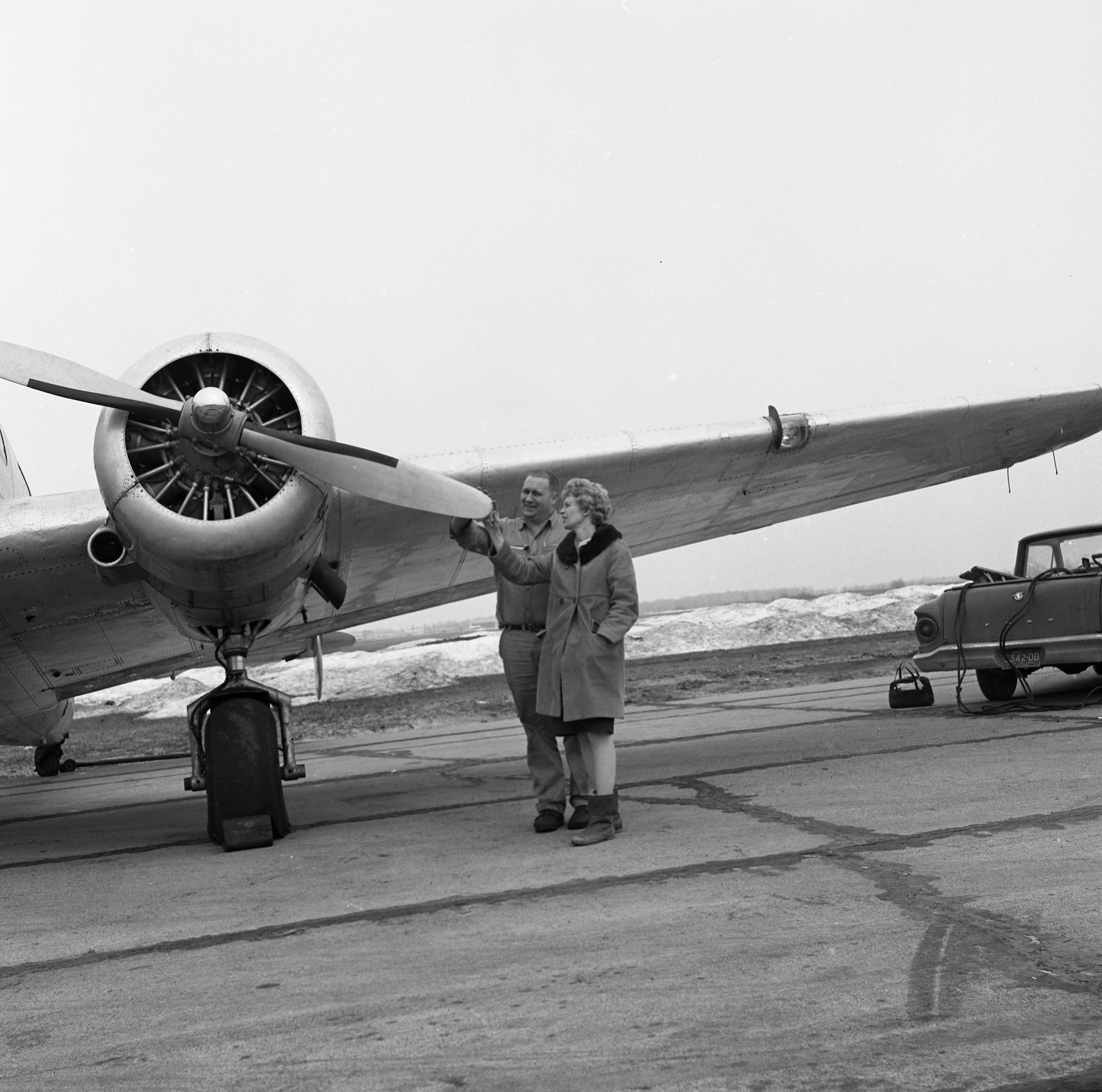 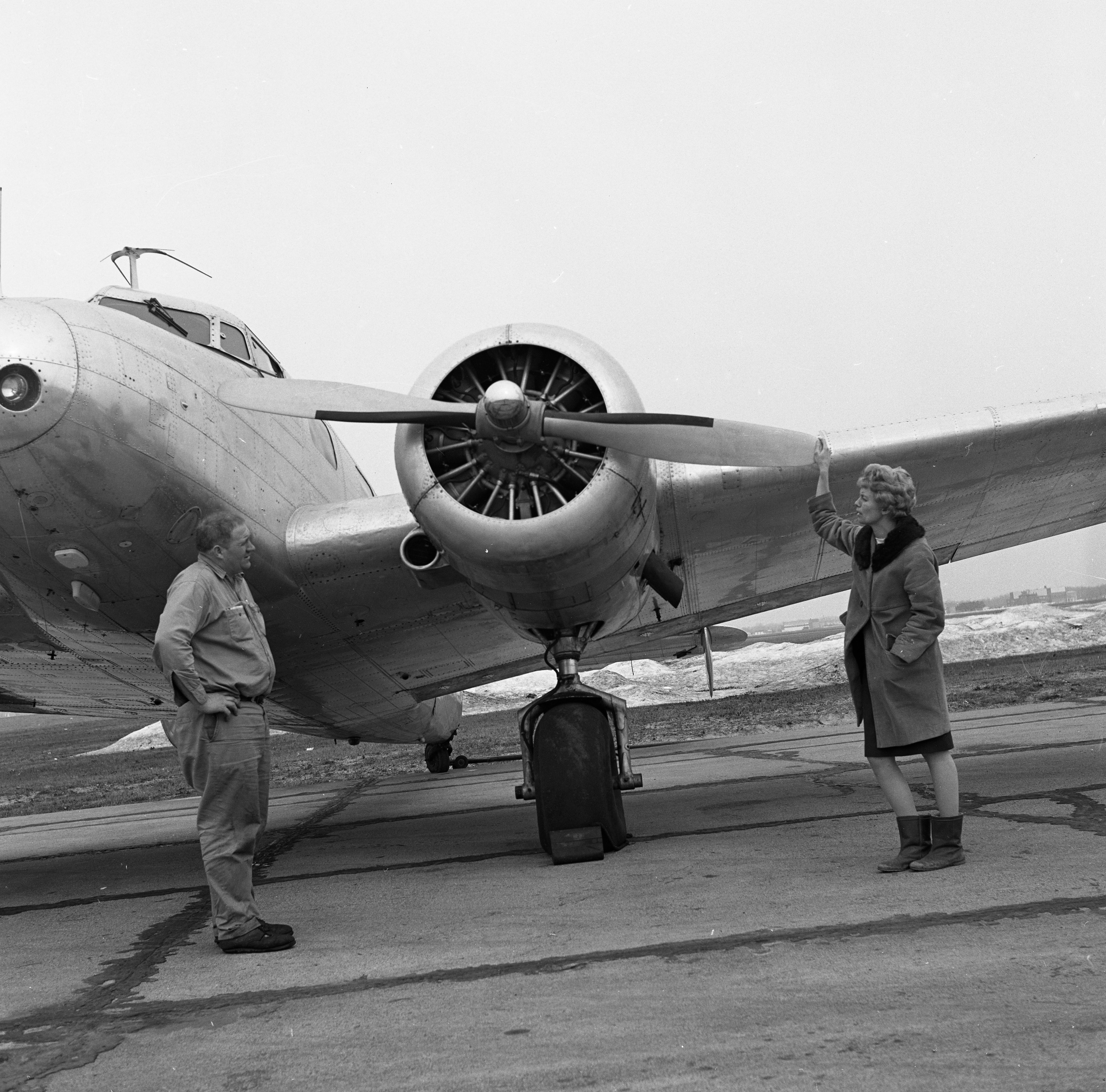 Published In
Ann Arbor News, March 21, 1967
Caption
Taking Amelia Earhart's Course - Mrs. Ann H. Pellegreno of near Saline and her mechanic, Lee Koepke, examine one of the propellers of their twin-engine Lockheed Aircraft Model 10 airplane. They plan to fly the 1937 craft on a 27,000-mile around-the-world flight to trace Amelia Earhart's attempted trip around the world. They will leave San Francisco for their flight on May 20.
Copyright
Copyright Protected